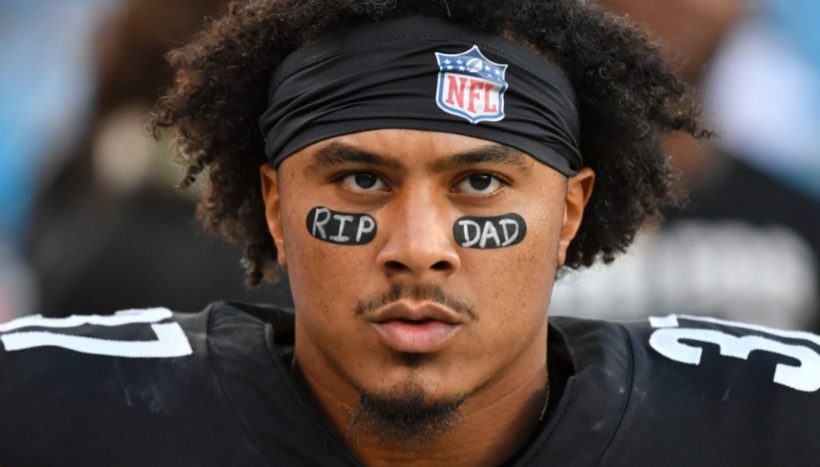 The Combine Report: Midseason Report – Defense Is Stepping Up

The 2019 NFL campaign has been incredible for the NFL Regional Combine platform as the defensive standouts are making plays at the right time.

Out of the 61 RC pioneers in the league, 32 are primed to stop the offense. However, a solid hand full are proving they can be legitimate stars in the NFL.

The Oakland Raiders have been a pleasantly surprise team this season. And it is players like Mayowa who is making the Silver and Black highly competitive.

Mayowa has been quietly disruptive as he is under the radar as a polish edge rusher. Week 10 against the Los Angeles Chargers was a great example. Mayowa wreak havoc and altered nearly everything the Chargers wanted to do. He finished with three tackles, including 1.5 sacks and a forced fumble.

Clearly, Mayowa is a center piece of the Raiders success. Through Week 10, Mayowa has 13 tackles, including seven sacks and three forced fumbles.

The Atlanta Falcons safety has been coming on strong of late. Since the injury of safety Keanu Neal, Ishmael had increased playing time and started three games, Weeks Six, Seven and Ten.

Ishmael always been an aggressive defensive back, and on the season, he has 36 tackles. In order for the Falcons to finish respectively, Ishmael will need to be continuously all over the field.

Robertson-Harris is adjusting more to a starting role, while slowed him down a bit. For the second half of the season, Robertson-Harris will get hot and his name should be recognized more leading to years to come.

Robertson-Harris has 18 tackles, including 2.5 sacks on the season.

Defensive tackle Abdullah Anderson is an energy player and is showcasing improvement each time he step on the field. He has three stops, including a sack.

Dunbar is regarded as one of the best cornerbacks in the NFL and is considered a midseason All-Pro player, according to Pro Football Focus. Since 2015 when he became a member of the Washington Redskins, Dunbar has been one of their most consistent players.

Despite a couple of injuries, the converted wide receiver has grown in his new position and is being recognized league-wide. The fiery cornerback does not back from receiver and he aggressive style is respected.

Dunbar currently have 28 tackles and three interceptions on the season.

Rookie linebacker Cole Holcomb is one of the Redskins’ top tacklers with 58 stops, including two forced fumbles. He is nearly on the tail end of every play, and recording 100 tackles as a rookie this season is possible.

Moore II has been Mr. Consistent for the Indianapolis Colts all season. Other than Week Seven, Moore II has not missed a beat. 41 tackles on the season with an interception. The Colts will be looking to get back on track for a solid postseason run as quarterback Jacoby Brissett look to return from a knee injury.

As the offense look to get rolling, the defense will be geared up with one of the league’s best in Moore II leading the charge.

After servicing a four game suspension for violating the league’s policy on performance-enhancing substances. Copeland never been labeled as a player who cheats the game. And he is filing a lawsuit against the company that supply the supplement.

Without question, Copeland is using his situation to motivate his passion in helping the New York Jets win.

In five games, Copeland recorded 28 tackles, including a sack and forced fumble. Copeland is on fire.

Rookie defensive tackle Kyle Phillips is having a productive season as well. He amassed 28 tackles, including a half sack.

In terms of being hot, Needham is one of the reasons why the Miami Dolphins will never go down without a fight. The rookie cornerback started the season out on the practice squad and was promoted to the active roster for Week Six. Clearly, no more practice squad days for Needham.

In five contests, Needham registered 21 tackles, including a sack, and his first NFL interception which came in Week 10 surprising the Colts.

In the fourth quarter with 5:45 left in regulation, the Colts faced first-and-10 from the Dolphins’ 25-yard line. Colts quarterback Brian Hoyer received the ball from snap and ran bootleg. He rolled out to his right and targeted wide receiver Zach Pascal on a crossing route, but Needham under cut the route for the pick.

The amazing part about Needham’s effort was that he lost his footing when Pascal ran across him from the left side of the field, yet he had the closing speed to commit the turnover. With half of the season left, Needham will continue to show how special he can be.

And oftentimes, Pittsburgh Steelers cornerback Jordan Dangerfield will be mentioned. What makes Dangerfield unique is that force attack at the line of scrimmage to allow another special teamer to make a play.

Case in point, Week 10 against the Los Angeles Rams. Rams punter, and NFL Regional Combine pioneer, Johnny Hekker lined up for a fake punt, which is a part of his value as a former high school quarterback, in the third quarter with 7:52 left.

The 5-11, 199-pound Dangerfield was lined up on the edge and bull rushed Rams rookie 6-3, 242-pound linebacker Natrez Patrick into Hekker’s face causing him to toss the ball in the air into Steelers running back Trey Edmunds’ arms

Dangerfield brings an element to the Steelers’ special teams which is why he is valued. He has eight tackles and a forced fumble on the season.

NFL Caretakers: The Best Behind The Whistles - Mid-Season Previous post

The Combine Report: Midseason Report - Offensive RC Pioneers Will Take It To The Next Level Next post