The Combine Report: Lundy, Eubanks And Stephens Have Something In Common With Browns – Nothing To Lose

The Cleveland Browns have something in common with their NFL Regional Combine signees – nothing to lose.

The Browns have been up and down in their progression to be a relevant contender for the AFC North division title. The last time the Browns were crowned division champs was in 1989 when the AFC North was the AFC Central. Their latest trip to the playoffs was in 2002. 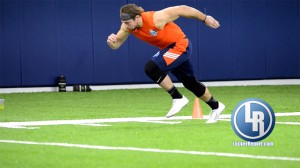 Running back Luke Lundy was overlooked by universities following a great high school output eclipsing the 5,000 yard mark, 23rd player of all-time for the state of Nebraska.

Lundy had to tour several collegiate programs during his process to achieve an appearance on the NFL stage as he suited up for Southwestern Oklahoma State (Division II), Fort Scott Community College, Southwest Baptist and Ottawa University in Kansas (NAIA), where he played his junior and senior seasons, and battled through some injuries.

Not to mention the several jobs he held down while preparing for his destiny.

“During the summers I had several jobs at a hotel, including time as a prep cook,” said Lundy, according to Cleveland.com. “I also worked in a distribution center where I loaded and unloaded trucks. That was a terrible job. I had to do what I had to do.

The 6-1, 230-pound back brought his robust style of football to the Denver-held Combine and his burst and power was quickly noticed by scouts. Lundy was not pleased with his lateral movement in snowy Englewood at the breathtaking Denver Broncos training facility. Lundy expressed his feeling at the NFL Super Regional Combine after dropping over 15 pounds and killed the drills.

The Browns are loaded at the running back position with Isaiah Crowell, Terrance West and Duke Johnson from Miami, their third-round selection of the 2015 NFL Draft.

It does not matter.

Lundy belongs with the Browns because his physical style of football is a necessity for the bruising AFC North division.

Linebacker Darius Eubanks is amazingly talented. He spend his entire 2014 campaign on injured reserve. Eubanks walked through the doors of the Baltimore Ravens training facility for the NFL Regional Combine, which led him to the AT&T Stadium in Dallas for the SRC in 2013.

The Browns know what they have in Eubanks. Now, they need the Georgia Southern product to stay health so the league can witness. The representatives of the “Dawg Pound” finished dead last at stopping the run last season.

Welcome back to the NFL, Brandon Stephens, and prayfully, for good.

The talented, Ohio-bred defensive back played majority of his football life in his home state. From Strongsville High School, Stephens went to play for Miami (Ohio) and earned a place on the Detroit Lions practice squad in 2011.

After a dry run for takers in the NFL, the 5-10, 199-pound Stephens signed with the Cleveland Gradiators of the Arena League. The well is no longer dry for Stephens as he garnered another shot in the NFL.  He is quick and physical. Playing bump and run is Stephens’ forte. 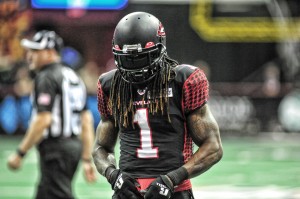 Just what the Browns need as the gun-slingers of the AFC North look to become more pass happy.

Again, Lundy, Eubanks, Stephens – and the Browns have something in common. They all have nothing to lose. The odds are stacked against the players at making the team, while every entities outside Cleveland doesn’t expect a lot from the Browns.