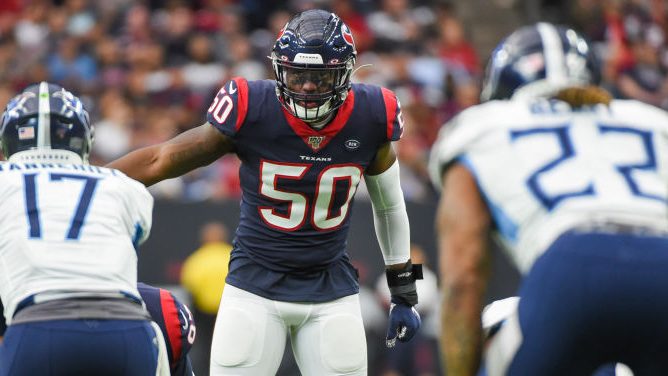 Adams started to flex his muscles towards the end of the 2019 NFL campaign when he was acclimated into the defensive unit in Week 16. The NFL veteran journeyman recorded 13 tackles, including a forced fumble.

“He’s (Adam) really one of those guys, in my opinion, that really exemplifies what pro football is all about,” stated Texans head coach Bill O’Brien in December. “It’s about the fabric guys and the role players doing their jobs at the highest level when you ask them to do that. That’s what Tyrell does.”

Adam ventured through the NFL Regional Combine platform in 2015 and began his NFL journey with the Seattle Seahawks. For his career, the All-American from West Georgia tallied 34 stops, but that is expected to total higher next season.

Adam, a special team ace, will look to back up linebackers in Pro Bowler Benardrick McKinney and Zach Cunningham. Truly, the best is yet to come from Adams, who is a pure athlete.