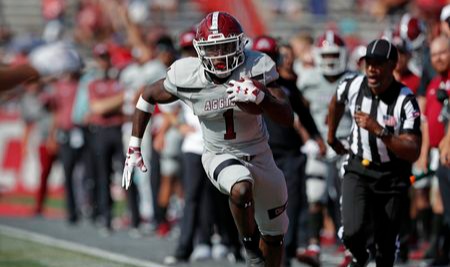 Not since 2016 has the NFL Regional Combine (RC) featured more than five draftees in a single NFL Draft. The 2020 NFL Draft produced the highest rating of viewership in the league’s 100 years.

And the historical NFL selection process featured the most NFL hopefuls turned draftees in the history of the NFL Regional Combine platform with nine.

In the highly competitive RC trials of 2016, five players were picked.

The Los Angeles Rams selected Thomas with the 206th-overall pick, while across the country, the New England Patriots chose Grugier-Hill as the 208th-overall selection,

With the growing of the platform, and due to the influence of NFL Football Operations, the NFL Regional Combine’s recognition and value strengthen each year.

The 2016 class continues to be strong as they are productive and still in the NFL. Will this class duplicate or perform greater at a higher level?

Witness history in the making as the tone is set with nine, but let’s get to know them first.

Explosive, dangerous in the open field, excellent in tight spaces, great feet and hands, runs the route tree from the backfield with no exceptions, agile, shifty, great stop-start-and-go, plant-and-go, smart, great vision and awareness, has balance and control, solid pad level, All-Purpose talent, break away potential on each touch.

LockerTalk Podcast: RCI Talents Are All Geared For The 2020 NFL Draft Previous post

The Combine Report: 36 RCI Talents On The Door Step Of Their Dreams Next post