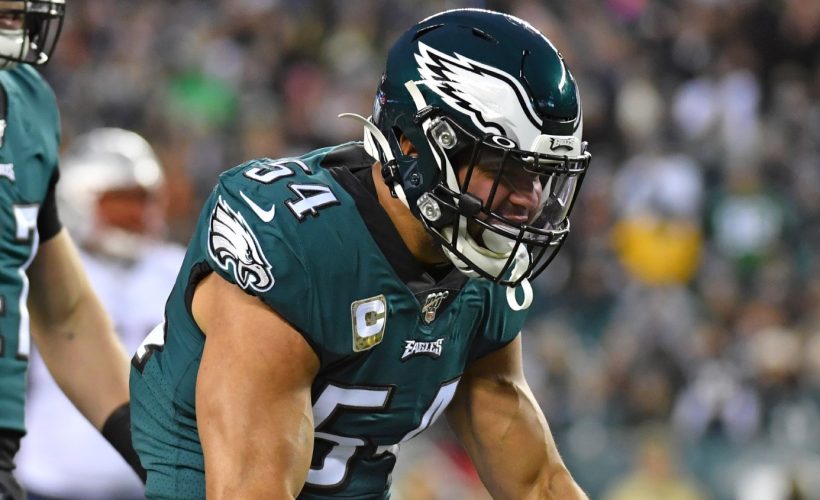 Grugier-Hill agreed to a one-year deal with the Miami Dolphins, reportedly for $3 million.

After a solid collegiate career at Eastern Illinois, Grugier-Hill used the process of the NFL Regional Combine platform to strengthen his opportunity for a career in the NFL. He succeeded and was selected by the New England Patriots in the sixth round (208th-overall) in the 2016 NFL Draft.

However, Grugier-Hill was waived before the start of the 2016 season, and the Philadelphia Eagles claimed him.

With the Eagles, Grugier-Hill quickly showed how much of a major asset he can be. The Hawaiian native was the Swiss-army knife of special teams in Philadelphia as he once operated as an emergency kicker.

Grugier-Hill’s leadership afforded him the opportunity to be a three-time special teams captain, which created opportunities to be a part of defensive rotation.

In 2017, Grugier-Hill was able to get his revenge against the Patriots as the Eagles defeated them in Super Bowl LII, which he was fully a part of as a starter. Grugier-Hill remained healthy for the Eagles, but sustained a back injury that hampered his participation for a portion of the 2019 campaign.

For his career, Grugier-Hill registered 98 tackles, including 11 tackles for losses, three quarterback hits, two forced fumbles and a sack, two passes defended and an interception.

Grugier-Hill get the chance to reunite with Dolphins head coach Brian Flores. When he was drafted by the Patriots, Flores was the team’s linebackers coach. Although Grugier-Hill’s time was short in New England, Flores is fawn of the NFL Regional Combine pioneer.

The Combine Report: Another RC Pioneer On The Move, WR Seth Roberts Sign With Panthers Next post