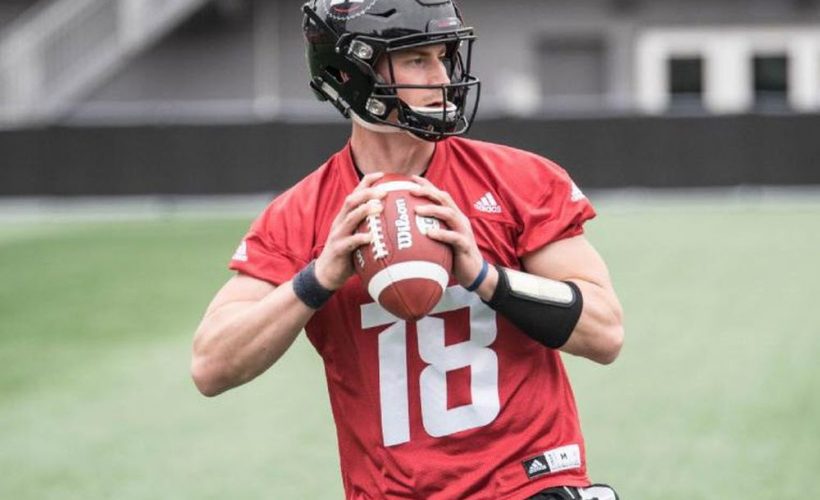 The Combine Report: For Will Arndt, Adversity Was A Good Friend

Quarterback Will Arndt first stepped onto the NFL scene when he attended the NFL Regional Combine at the Arizona-held trials in 2016. From the beginning of warm ups to the last pass, Arndt brought an intensity suited for game day.

Without question, Arndt was the best quarterback at the Arizona Cardinals’ indoor practice facility that afternoon and is one of the essential passers to have ever worked out on the RC platform. Due to lack of representation, the 6-5, 215-pound signal caller from D-III’s Western Connecticut State University missed out on an early NFL opportunity.

…but not with the Canadian Football League (CFL). 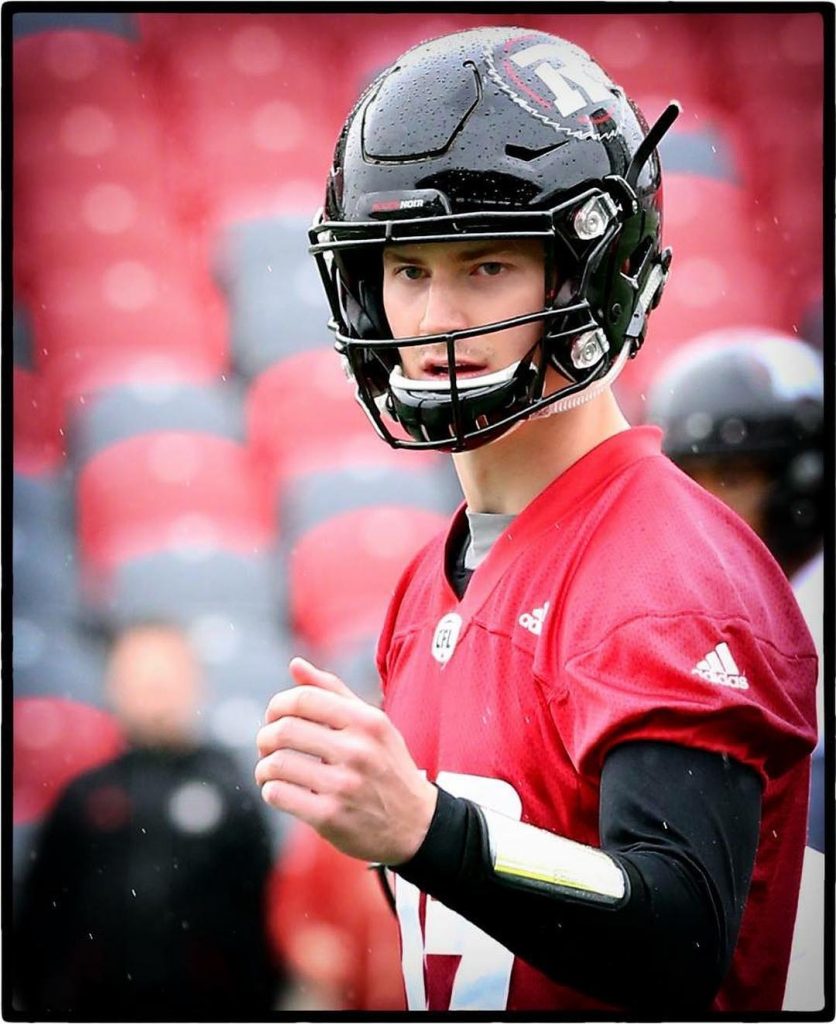 “What is great about that platform (NFL Regional Combine) is no matter where you went or where you from, you have the opportunity to get in front of people (scouts) and do what you have done throughout your entire life and play football,” voiced Arndt. “That platform was great for me coming from a small school and now I can say, and probably for a lot of guys, I have the opportunity to play professional football.”

For any inspired professional football player, having the opportunity to play on the gridiron is the absolute ultimate dream.

Arndt was invited to some NFL camps, but until interest resurfaces from an NFL club, the CFL is a great place to hone his skill set and make a living.

Arndt and 33 other talents who journeyed through the RC are achieving great success in the CFL.

All the 34 RC pioneers faced a measure adversity.  They were recognized in high school, but fell off the radar some time during their collegiate career.

Yet, Arndt’s adversity was more mysterious.

Early in high school, Arndt sustained a career threatening injury, which caused him to miss two years of football. Doctors informed Arndt that he might never play football again.

The excitement for playing football went out the door and nearly all of Arndt’s football dreams. Thanks to the support of family and friends, Arndt fought to get back – as rehabilitation was a grind. He rebuilt his body and made a full recovery becoming stronger than ever before.

Despite his success in high school as he displayed a top-level performance, colleges (including major programs) were wary to offer Arndt an opportunity to lead their institutions.

Arndt did not take the no’s as an answer. He took those rejections as opportunities, opportunities to pursue a better option.

Arndt sought out Western Connecticut State University to make his way back to the gridiron.

“I was a true walk on! I actually had to call the coach and ask if I could try out for the team,” reminisces Arndt. “I’ve come quite a ways since then.”

WCSU gave the Newtown, Connecticut native a chance and Arndt became, perhaps, the institution’s greatest quarterback as he set records that may never be broken.

Arndt has a strong arm with a solid touch. He can make all the throws needed to succeed at a high level of football. On the run, Arndt’s accuracy is breathtaking as he rifles the ball with great velocity. 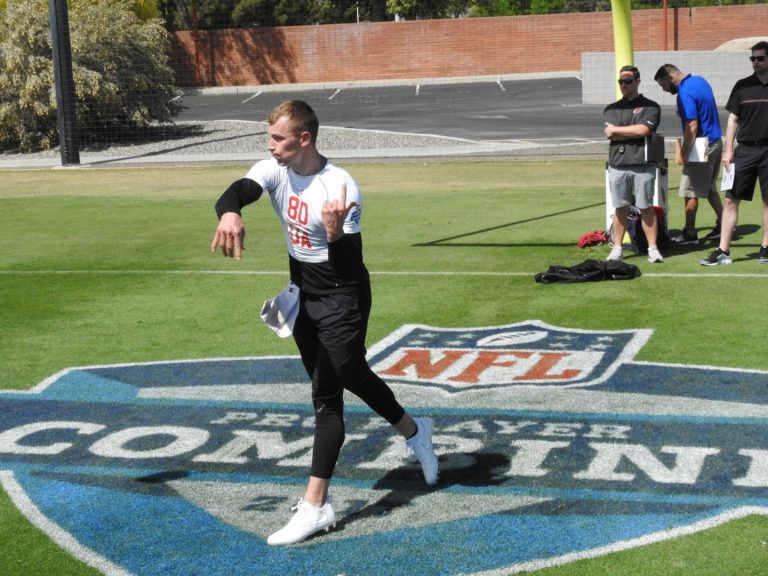 Having the skills to play in the NFL means nothing if the right personnel is unfamiliar with a player. Arndt worked with NFL Football Operations during the NFL Regional Combine trials as a passing evaluator in 2017. He managed to participate in the NFL Pro Player Combine in 2017 and now he has the opportunity to make the roster of the Ottawa Redblacks for the 2018 CFL campaign.

Arndt is a born leader, and after embracing his friendship with adversity, the Redblacks have a steal.

“Adversity sometime can be your friend. there’s a lot of tough days whether you are in or out of the professional football business,” stated Arndt. “When you face adversity, that’s something that can get you through those tough times. Whether that’s training, making commits to go workout, mental challenges or whatever the case might be, adversity can be your friend.

“I know, it elevated a certain level of passion in myself to prove people wrong as I devoted my life to football, and the work is starting to pay off,” said Arndt, humbly.

Watch out for Arndt this season in the CFL – and beyond.