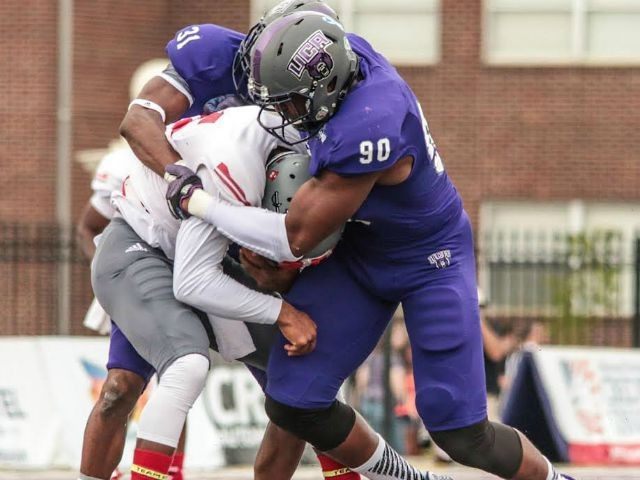 The Combine Report: DE Jonathan Woodard Goes In The Seventh-Round To The Jaguars

After making history with four players selected from the NFL Regional Combine process in the 2016 NFL Draft, defensive end Jonathan Woodard capped the third day event as a seventh-round selection of the Jacksonville Jaguars.

Woodard, the 226th-overall selectee, participated in the Arizona-held RC session and flexed his skills. The 6-6, 270-pound Central Arkansas standout possesses great strength, power and quickness. Woodard was the third defensive end picked by the Jaguars in this draft as Yannick Ngakoue (Maryland) was selected in the third round, while Tyrone Holmes (Montana) was chosen in the sixth.

The Combine Report: The NFL Regional Combine Platform Made History, Many Signed Next post