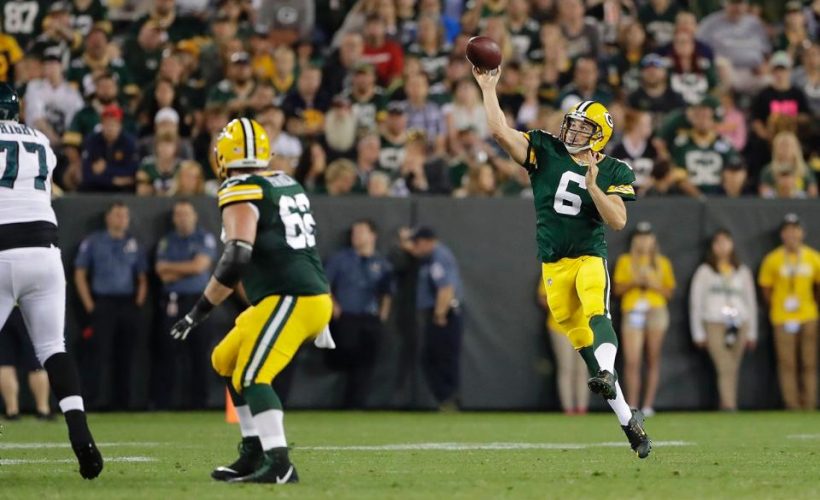 The Combine Report: Callahan, Foucault Showed Out In Week 1 Of NFL Preseason

Despite a delay into the 2016 NFL preseason, Week 1 kicked off in grand fashion with explosive plays, and quick answers for some major questions. Many pioneers from the NFL Regional Combine were in action, and players like Green Bay Packers quarterback Joe Callahan and Carolina Panthers tackle David Foucault respond and showed out.

Callahan’s debut was delayed due to unsafe field conditions for the NFL Hall of Fame game in Canton, Ohio. But the RC standout signal caller from Wesley didn’t disappoint against the Cleveland Browns after being the Packers’ starter. Callahan completed 16 out of 23 attempts for 124 yards and carried the ball twice for five yards. 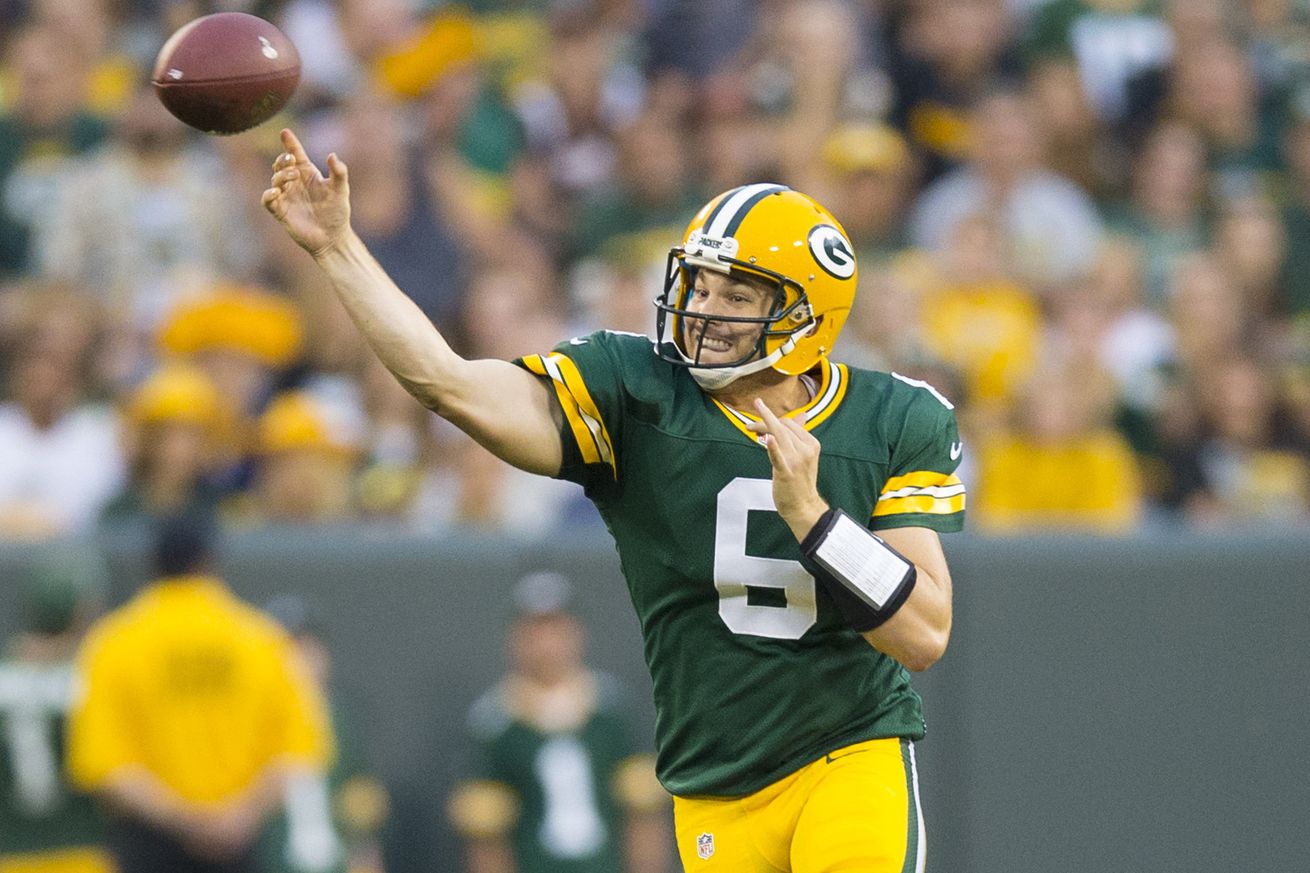 Callahan’s biggest moment came in the second quarter when he threw his first NFL touchdown.

On third and goal with the Browns leading by three, Callahan received the snap in shotgun formation and hit running back John Crockett in the flat for a 2-yard touchdown pass with :11 seconds remaining in the first half.

“I was very pleased with the way Joe, number one, managed the game, used the huddle, extended the plays with his feet and played smart with the football,” said Packers head coach Mike McCarthy in his post-game press conference. “Two-minute drive, I don’t care who you are, what year you’re in, I thought he did an excellent job getting the touchdown there before the half.”

San Diego Chargers rookie quarterback Mike Bercovici experienced some action against the Tennessee Titans. He finished with 46 yards and an interception after completing three out of six attempts. 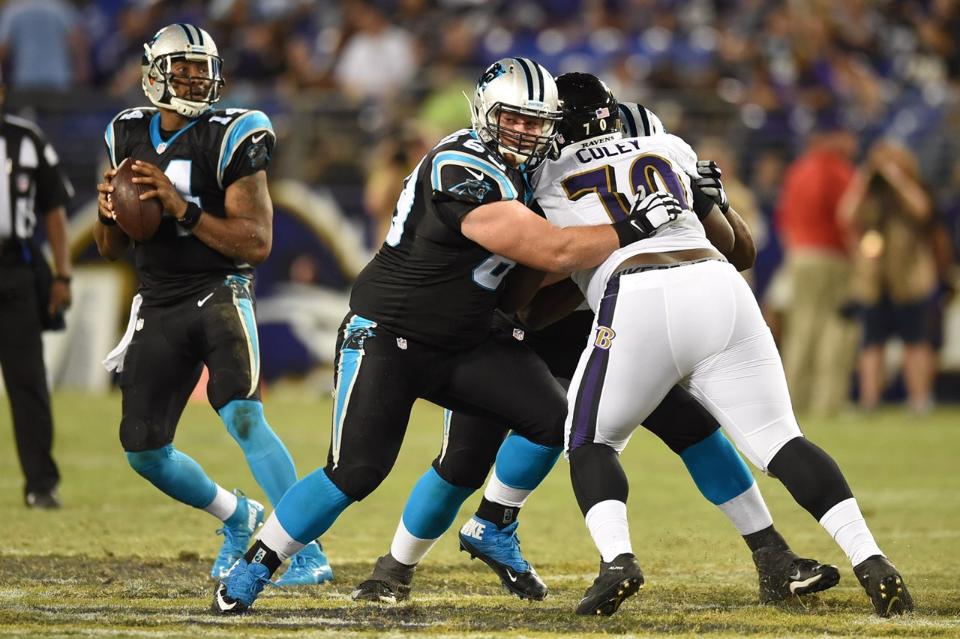 Let’s stay in Baltimore where Panthers tackle David Foucault was featured for majority of the contest when he checked into the lineup with 9:19 left in the second quarter. The Canadian tackle moved well and was decent in his pass protection. One of Foucault’s highlights came in the fourth quarter with 14:14 left when he blocked to the second level, pancaking Ravens linebacker Arthur Brown.

Reggie Bell did not get the opportunity to flex his skills last season as a member of the New Orleans Saints practice squad. Thursday night against the New England Patriots, Bell had two receptions for eight yards.

Early into the fourth quarter with 13:43 left in regulation, Bell caught a 4-yard touchdown strike from Luke McCown underneath the Patriots’ zone coverage between RC brethren linebacker Kamu Grugier-Hill and defensive back Jonathan Jones, while facing third and goal. 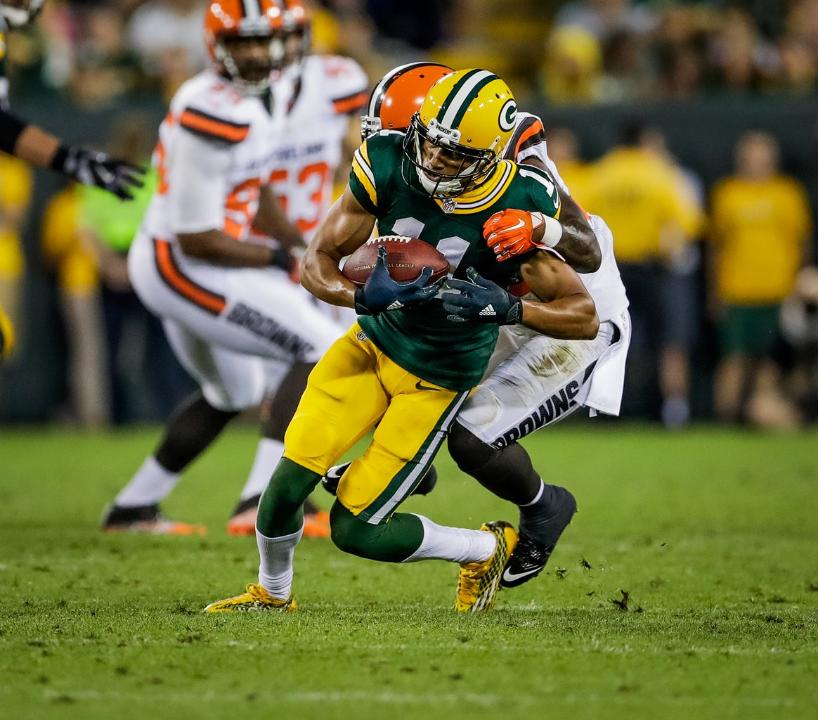 Adam Thielen continues to display his catching abilities for the Minnesota Vikings. Against the Cincinnati Bengals with 8:19 left remaining in the first half, Thielen leaped high deep in the middle of the field over safety Derron Smith for an acrobatic 22-yard gain.

In the same contest, the Bengals’ Matt Lengel caught a deep pass over the middle for 22-yards in the fourth quarter with 6:54 on the clock for his first recorded NFL reception. Earlier in the matchup, the 6-7, 266-pound tight end from Eastern Kentucky napped a four-yard pass before running out of bounds, but due to a penalty, the Bengals had to repeat the down, no play.

Tight end Ifeanyi Momah (Arizona Cardinals) is fresh off his meniscus injury that caused him to miss all of last season. He had three receptions for 33 yards.

Newly acquired tight end Brandon Williams received a pass for six yards in his debut with Seattle Seahawks, and rookie Mike Brown (Los Angeles Rams) had a reception for three yards in his first outing.

Scott Simonson started for the Panthers, but he was primarily on blocking detail and not targeted.

Jonathan Grimes (Houston Texans) and Dominique Williams (New York Jets) were the only running backs from the RC who had some action with the ball. Grimes had a carry for seven yards.

Williams carried the rock three times for 17 yards, while teammate Julian Howsare had a reception for nine yards.

For the Seahawks, converted defensive back George Farmer had seven carries for 15 yards. 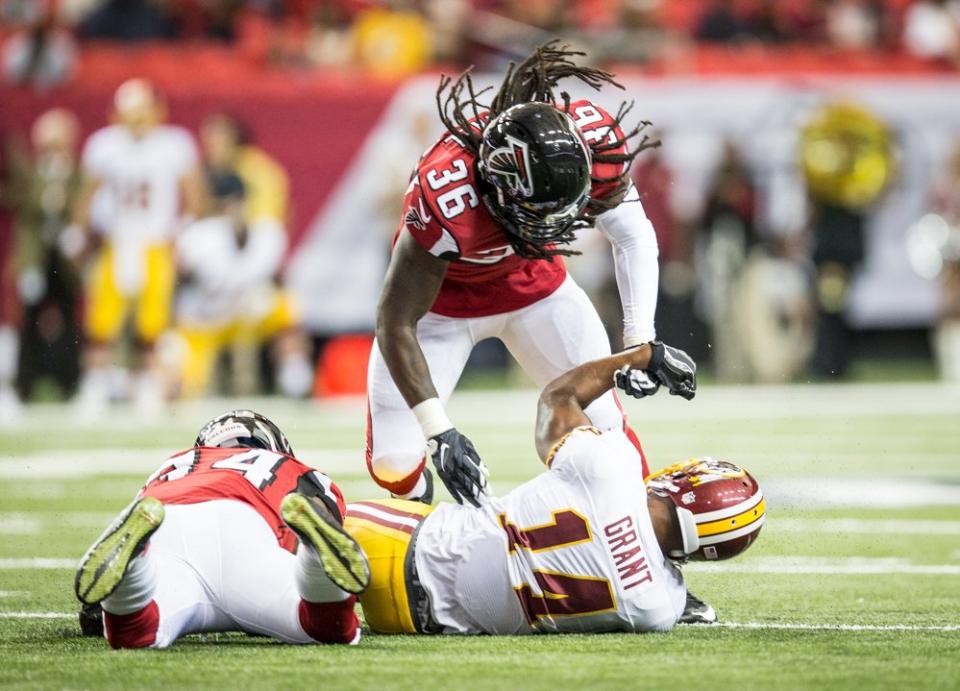 For the Atlanta Falcons, Kemal Ishmael had five tackles; C.J. Goodwin had three tackles, while Roberson Therezie registered one.

If San Francisco 49ers rookie tackle Norman Price was not holding, Texans linebacker Gerald Rivers would have had at least two sacks. Rivers finished his aggressive showing with a tackle.

Stefan Charles (Detroit Lions) and Joplo Bartu (Jacksonville Jaguars) had two tackles, in addition to Steelers rookie Johnny Maxey Jr., who debut with two stuffs of his own.

For the New England Patriots, all their defensive RC players made plays. Grugier-Hill and Woodrow Hamilton had three and Rufus Johnson had two.

It’s safe to say, that these NFL hopefuls are just getting started.

LISTEN NOW FOR MORE ON LOCKERTALK

The Middle Judge, 8-Man Officiating Crew Introduced For Week 2 Of Preseason Next post