Since 2012 when the NFL invested into the development program of the Regional Combine, the Denver Broncos have been one of teams in the forefront of exploring the talent from the platform. And it’s quietly paying off.

Currently, kicker Brandon McManus is the Broncos most productive player from the NFL Regional Combine. The Temple Owl booted onto the scene of the New York/New Jersey-held workouts in 2013 and blasted his way to the NFL Super Regional Combine in Dallas.

The Indianapolis Colts was the first team to sign the undrafted kicker.

However, McManus finally was active for a full NFL season last year after short stints with the Colts (2013) and New York Giants (2014). The Broncos welcomed the Pennsylvania native after being waived by the Giants prior to the start of the 2014 season. 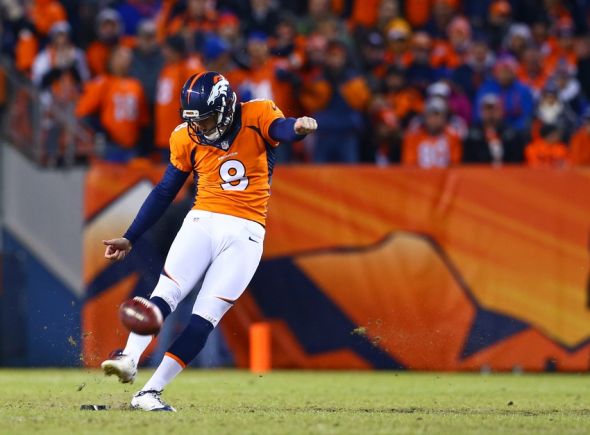 After the merry-go-round of being released after Week 3, to be re-sign the following week, McManus entered Week 5 as the Broncos’ kickout specialist for the remainder of the campaign and he did not disappoint. He planted 64 throwbacks off 91 kickoff attempts, second best in the league. And before the Broncos made kicker Connor Barth their number one placekicker, McManus nailed nine out of 13 field goal attempts.

There’s no question where McManus will be for 2015 as the 23-years old kicker looks to become a mainstay for the Broncos.

The Broncos may be getting a boost for the defense through their special teams with the signing of punter, well, kicking extraordinare Karl Schmitz.  He can pony up 60-yard field goals and direct high hanging punts.

Comparably to McManus, Schmitz attended the New York/New Jersey-held sessions in 2014. The 6-4, 215-kicker did not take in many suitors until the Broncos checked out his gravity defining attempts earlier this year.

The Broncos finished third in total yards allowed (305.2), ninth against the pass (225.4) and second against the run (79.8). Great numbers, but oftentimes, the defense operated on short fields as punter Britton Colquitt averaged 44.2 yards per attempt, the lowest for his career, with a net average of 37.6 yards.

If Schmitz gets the leg up on punting duties, the Broncos’ defense should get a jump start on the competition, defending longer fields.

Due to his successful run through of the NFL Regional Combine in 2013, linebacker Gerald Rivers was able to find a home in the NFL after short stints with the St. Louis Rams, Jacksonville Jaguars and Miami Dolphins.

The athletic 6-5, 258-pound linebacker from Mississippi is a raw talent and the Broncos will give Rivers every opportunity to make this roster.

Hopefully, the chase for linebacker Chase Vaughn of getting to the NFL is over as he signed to the Broncos’ practice squad last season. Now, Vaughn is ready to prove that he belongs in the league after a four-year pursuit.

Following his collegiate career at Colorado State-Pueblo, Vaughn made a name for himself in the indoor football circuit. The 6-2, 248-pound linebacker was a staple for the Las Vegas Locomotives of the Arena Football League (AFL) for three seasons (2010-2012). Vaughn sampled the Canadian Football League (CFL ) in 2012 as a member of the Calgary Stampeders, to only journey back to the AFL by joining the Spokane Shock in 2013. 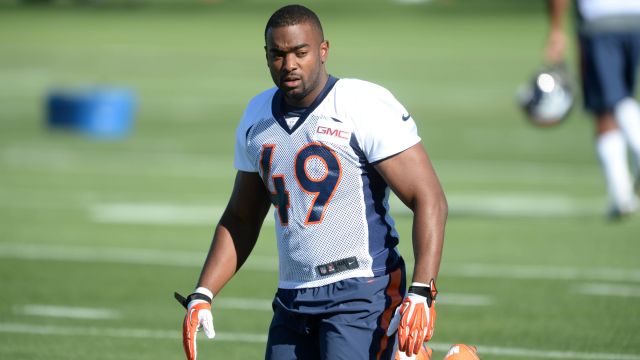 On the surface, Vaughn missed four years of a NFL career. In reality, Vaughn gained maturity, both phyiscally and mentally, and is more ready for the league than he was four years ago. After his session at the Indianapolis-held Regional Combine in 2014 to finally get onto the NFL radar, it’s Vaughn’s time.

Linebacker Danny Mason is all too familiar with playing indoor football as well. Springing from the workouts in Houston, Mason signed with the Texas Revs and Colorado Ice of the Indoor Football League (IFL). Coming from Texas A&M-Commerce, Mason displays a similar skill set of Broncos linebacker Danny Trevathan, including a 40-time of 4.8.

Guard Andre Davis from the University of Buffalo is the only member from the 2015 NFL Regional Combine process the Bronocs signed.

Davis attended the Baltimore-held invitation in February. The 6-4, 314-pound guard was not invited to the NFL Super Regional Combine. Nevertheless, having the ability to play both left tackle and left guard position can not be ignored. Davis had a tryout with the New York Jets in early May. The Broncos understands that they need to sure up their offensive line. Behind O-linemen Ben Garland and Shelley Smith, Davis would be a solid addition.

With these additional talented players, the Broncos welcomes the overload of essential athletes. Well, at least until cut day.