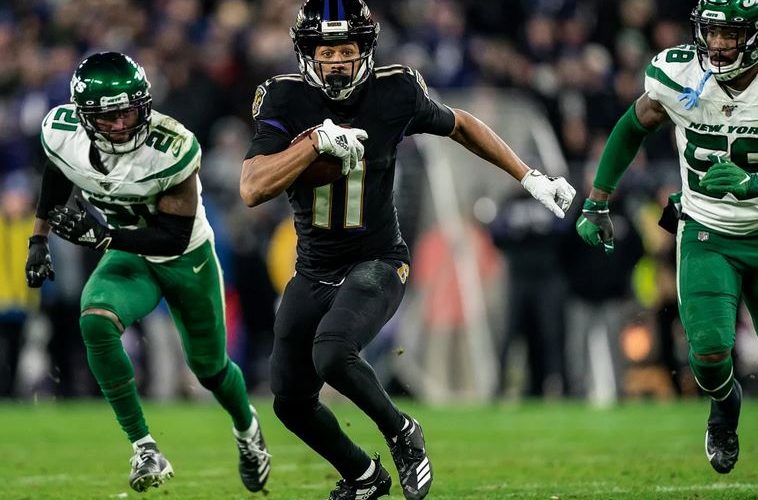 The Combine Report: Another RC Pioneer On The Move, WR Seth Roberts Sign With Panthers

Wide receiver Seth Roberts is on the move again, but remains on the east coast. The NFL Regional Combine pioneer signed an one-year deal with the Carolina Panthers.

Roberts was with the Baltimore Ravens last season. After a slow start in a run-based, ball controlled offense, Roberts eventually got more acclimated into the system. The 6-2, 195-pound receiver finished last season with 21 catches for 271 yards (career-lows) and two touchdowns off 35 targets.

Roberts was attractive to the Ravens understanding that the West Alabama standout would be essential to their running game as well due to his size, speed and physical blocking ability.

With the Panthers, in a more balanced system, Roberts should return as one of the best third-option receivers in the NFL, like he was as a member of the Las Vegas Raiders.

After venturing through the NFL Regional Combine platform in 2014, Roberts caught the attention of the Raiders as they signed him and earned a spot of their practice squad.

In 2015, Roberts made his way onto the active roster. Blended with the likes of wide receivers Amari Cooper and Michael Crabtree, Roberts found immediate success as the third receiver, which made the Raiders an offensive threat.

As a member of the Raiders, Roberts amassed 158 receptions for 1,826 yards and 13 touchdowns.

Lining up with Panthers wide receivers in D.J. Moore and Curtis Samuel, Roberts should get back to a place of familiarity, being effective in the passing game where he is truly at his best.