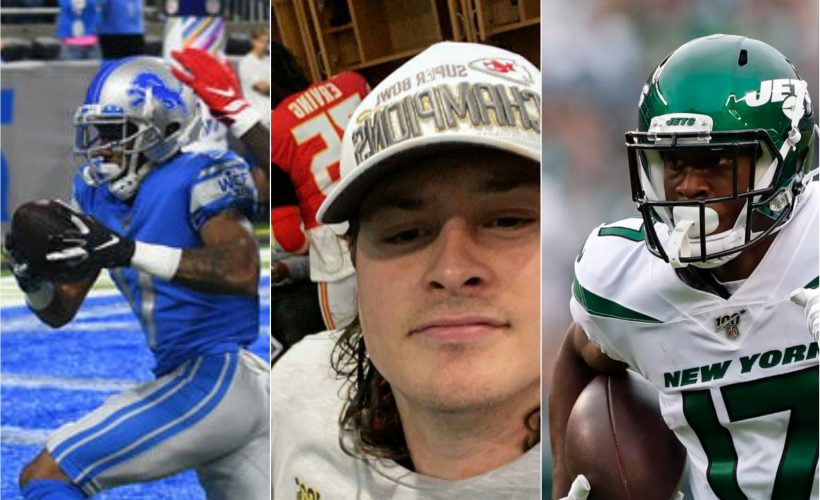 The offensive talents from the NFL Regional Combine had sparks of excellence throughout the 2019 NFL campaign. Some were early with their exploits, some were late, and some were consistent from Week One to Super Bowl LIV.

For those NFL hopefuls who wish to make a living in the trenches by steam rolling over defenders and keeping their quarterbacks upright, but need a place to shine to get noticed, the NFL Regional Combine is the absolute platform to get off the snap – like these guys did.

Excluding Mailata, the offensive linemen combined for 3,917 snaps, the most ever from the platform’s pioneers.

Villanueva, who was a Pro Bowler in 2018, and Van Roten have been staples on the offensive, while Wilkerson has proven reliable. After landing with the Raiders midway through the season, Good is expected to help anchor the line for the Black and Silver.

Reiter was the stud for the platform as he played an intrical role for the Chiefs in becoming Super Bowl champions, the first time in 50 seasons.

Each year since 2013, at least one player who ventured through the NFL Regional Combine process won a Super Bowl.

Like Villanueva, Reiter played 100 percent of the snaps for the Chiefs (1,044) and was caught holding only five times, a remarkable stat. With an unpredictable, yet predictable mobile quarterback in Patrick Mahomes, Reiter’s discipline was essential for the Chiefs during playoff run.

Unlike the offensive linemen, this group of skilled players experienced different levels of ups and downs. Still, they were effective when their numbers were called.

Minnesota Vikings wide receiver Adam Thielen started the 2019 NFL season on the verge of being an All-Pro for the third year in a row. Through the first seven games, Thielen had 27 catches for 391 yards with six touchdowns. However, after Week Seven against the Detroit Lions, Thielen sustained a hamstring injury, from which, frankly, he never recovered.

In terms of Week Seven, that was when Jacksonville Jaguars wide receiver Keelan Cole had his second catch of the season after hauling in his first pass in Week Four. Entering Week Seven, Cole was targeted only once, which was odd for a wideout who established himself as a reliable talent.

Wide receiver Seth Roberts took his talents from the warm comforts of Oakland, California to the chilled city of Baltimore, Maryland to be a Raven.

After getting familiar with the Ravens offense, and syncing with quarterback Lamar Jackson, Roberts demonstrated his veteran skills as a possession receiver. Roberts finished with 21 receptions for 271 yards and two touchdowns.

Now, time for some career heights.

Miami Dolphins wide receiver Trevor Davis and Green Bay Packers tight end Robert Tonyan are continuing to find their way. Davis found his way out of Green Bay and discovered brief success with the Oakland Raiders, then was greeted by the Dolphins’ organization.

Davis finished the season with, career-highs–eight receptions for 111 yards, and a rushing touchdown that went for 60 yards when he was a Raider.

Tonyan is slowly climbing the charts with career-highs in catches (10) and receiving yards (100), plus he added another touchdown to his resume, which came against the Washington Redskins in Week 14. He will be big time, eventually.

Wide receiver Marvin Hall had his best year as a pro with the Detroit Lions. The deep ball threat from the University of Washington spent his first two seasons with the Atlanta Falcons, but found a new home town in Detroit. Hall caught seven passes for 261 yards and a touchdown. Not only were Hall’s receiving yards a career high, but his yards per carry were an outstanding average of 37.3 per grab.

After changing area codes as well, wide receiver Vyncint Smith demonstrated how he can be effective for the New York Jets for years to come. The Jets signed Smith off the Houston Texans practice squad and took off running, right into the endzone in Week Five against the Philadelphia Eagles.

With four starts, Smith finished his second year in the NFL with 17 catches for 225 yards – career-highs.

There was a Mike Thomas sighting with the Los Angeles Rams as he caught two passes for 14 yards.

Minnesota Vikings full back C. J. Ham was the only standout from the RC process to make the Pro Bowl this season. Ham help led the sixth-best rushing attack in the NFL and continues to display his versatility, even as a pass catcher.

The physical, yet elusive fullback finished with seven carries for 17 yards and 17 receptions for 149 yards, plus a touchdown which came against the Lions in Week Seven.

New York Giants full back Elijhaa Penny‘s numbers may do not jump off the page, but his efforts does not go unnoticed. Penny carried the ball 15 times for 39 yards, and had two receptions for nine yards. Nevertheless, he is one of the best special team talents in the NFL.

And in Week Seven, Penny was rewarded with his first touchdown as a Giant against his former squad, the Arizona Cardinals, off a block punt deep in the endzone.

As the production of emerging stars from the RC process continues to heighten, these numbers will triple and the platform will constantly be proven.

The Combine Report: A Year To Remember For 2019 - Defense Next post