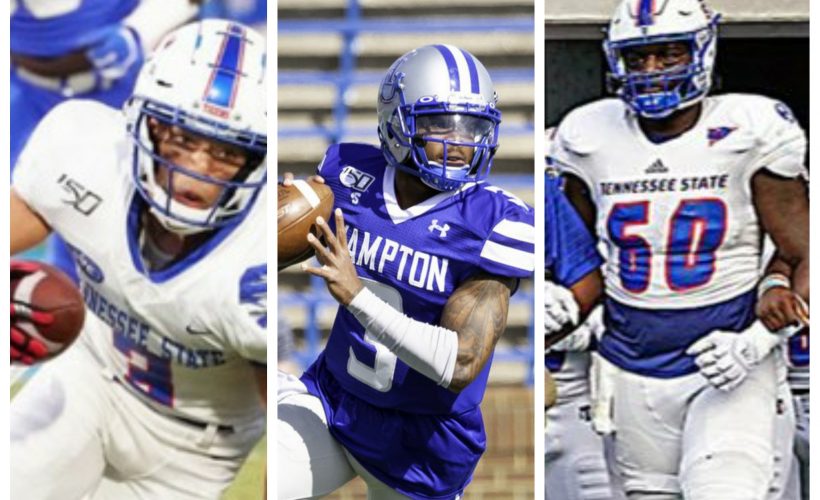 After many decades, the playing field of opportunity for the hidden gems of the Historically Black Colleges and Universities (HBCU) brand was finally going to be leveled with the inception of the HBCU Combine.

Due to the coronavirus pandemic, the game changer in the HBCU Combine was canceled.

But what wasn’t canceled, is the athletes’ will, desire, and the process – meaning the journey.

Through the vision of NFL Football Operations, nearly 6,200 athletes were given the opportunity to get in front of true NFL decision-makers, dating back to 2012 when the NFL Regional Combine was instituted.

Also dating back to 2014, for the HBCU community, in terms of the NFL Regional Combine, 12 programs from the proud institutions were represented, and 16 players signed with an NFL squad at some capacity.

Despite the absence of the HBCU Combine, which will take place next year, the select talents for the first annual would-have-been workout session will not be ignored or forgotten.

The unfortunate cancellation will not be allotted for an excuse as NFL talent continues to reside within the hash marks of HBCU collegiate football fields.

Currently, Las Vegas Raiders running back William Stanback is the only player from an HBCU program who journeyed through the NFL Regional Combine process.

Play-Action quarterback, strong, accurate, has a good touch, quick feet, mobile, athletic, read defenses, can go through progressions, can throw on the run, hard to bring down, good pocket presence, smart, can make all the NFL throw, savvy, talented for the position.

Virtual Pro Day – Francois displayed good twitch in his hips, got the ball out quickly, threw his pass catchers open and had good velocity on his passes. Consistency with the deep ball. Very few passes sailed too high, overall had good timing. Great foot work in the pocket, solid mechanics in the pocket, including his three, five and seven drop backs with great spacing. Showed NFL arm strength and good anticipation.

Any AFC North or South squad

Any AFC West (except Denver Broncos)

Named Ohio Valley Conference Offensive Player of the Year. Finished his senior season as the nation’s leader in receiving yards (1,437), averaged 119.8 receiving yards per game. He finished second in all-purpose yards per game at 175.83 and third best average in receptions at 8.7. Shifty, break away speed, great vision, feet, hands and awareness, outstanding in traffic, balance, control, dangerous out the backfield as a receiver, play slot and split out. Solid return specialist.

Any AFC and NFC East squad

Any NFC or AFC South squad

QB Jalen Morton (Prairie View A&M) – 6-4, 226-pounds. Throw the deep ball well with accuracy, extend plays well from the pocket, has velocity on his balls, look to pass first, mobile when necessary, strong, commands the huddle, not the fastest but know how to get to his spot, decent touch, work the sideline well, elusive.

RB Jordan Bentley (Alabama A&M) – 6-1, 195-pounds. – Holds eight school records, including rushing yards. Finished final season with 1,417 rushing yards and 18 touchdowns (fourth best in the nation). Patience, quick first step, goes into a second gear in the second level, decent in space, agile for his size, decent pad level, strong, solid after contact, good vision, physical, but can get away, versatile – can play in the secondary.

Any NFC and AFC South squad

OL Jodeci Harris (Southern) – 6-7, 315-pounds – Seal the edge well, keep defenders high and off balance, solid inside technique, slide and open hips well, good feet, strong hands, decent in getting to the outside, patience, discipline, has balance and control.