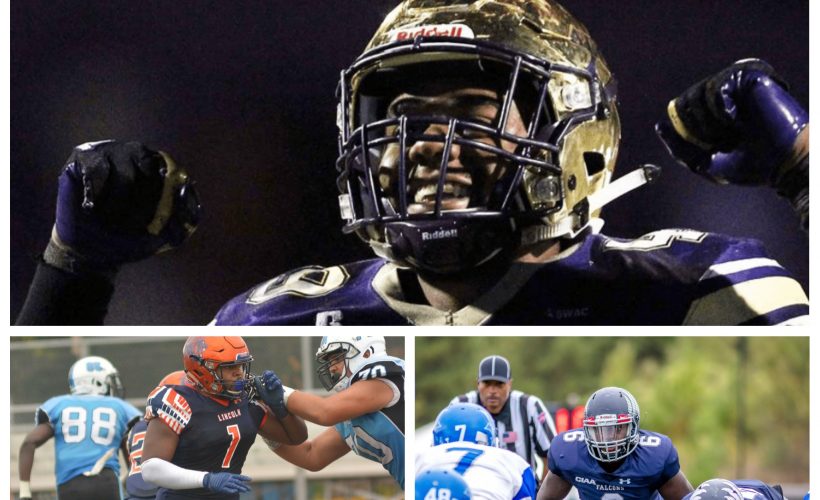 Out of the 32 Historically Black Colleges and Universities (HBCU) players in the NFL last season, 16 defensive standouts were on rosters.

That should change for the 2020 NFL campaign.

Potentially, there may be an additional member following the 2020 NFL Draft.

In the Pro Football Hall of Fame, there are 16 HBCU defensive players immortalized.

Now, we are far away from that, so let’s pump the brakes. However, there must be a start, and someone from this year’s class may have a chance. But that’s a tremendous hill to climb, a mountain these HBCU gems are willing to ascend.

Clearly, the presence of the HBCU brand has not been felt in the NFL for the past several decades. Due to the intivitive of NFL Football Operations, the opportunity field was able to be leveled with the inception of the HBCU Combine.

Due to the coronavirus pandemic, the game changer in the HBCU Combine was canceled.

But what wasn’t canceled, is the athletes’ will, desire, and the process – meaning the journey.

For the HBCU community, in terms of the NFL Regional Combine, 12 programs from the proud institutions were represented, and 16 players signed with an NFL squad at some capacity.

With the need and desire to produce more HBCU talents for the NFL, it’s important to purposely invest into the exposure for these proud institutions, for which FOPs is leading the charge, and cause.

Despite the absence of the HBCU Combine, which will take place next year, the selected talents for the first annual would-have-been workout session will not be ignored or forgotten.

Especially when defensive gems are always needed to win championships

Pure-tackler, solid pad level, good feet, strong hands, versatile athlete, above average in speed for position, good technique, holds containment, on toes, balance and control, shreds blockers well, get penetration.  was an HBCU All-American and a first-team All-SWAC honoree in 2018. He was also named the 2019 SWAC preseason Defensive Player of the Year.

Any NFC and AFC North squad

Any NFC or AFC South squad

Any AFC or NFC East squad

Any NFC or AFC North squad

Any AFC or NFC East squad

The Combine Report: RCI Offensive Talents - How Their Value Fit For The NFL Next post