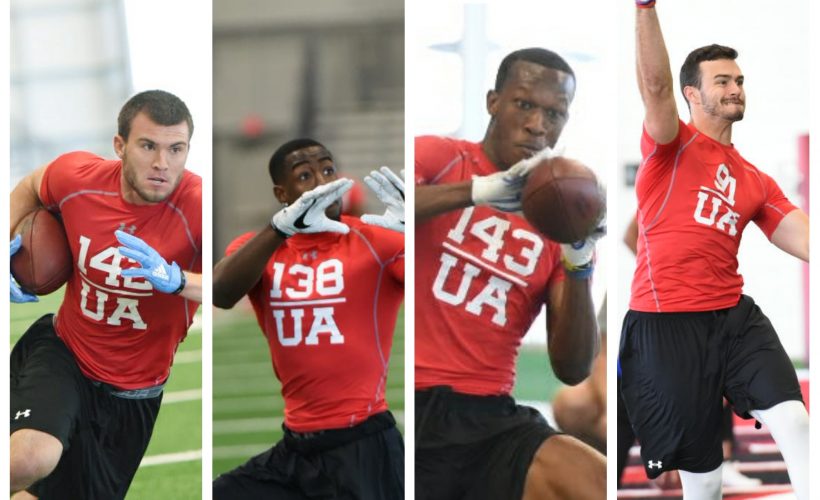 The Combine Report: 2018 NFL Draft – RCI Offensive Talents, Where They Should Land, How They Fit

RCI Offensive Talents Ready For Success In The NFL

NFL teams utilize the Draft to solve immediate needs, build depth and construct a solid roster of teachable, hungry players. This is why the NFL Regional Combine is an important resource.

Ninety-five players from the RC discovery stage are currently on NFL rosters, and 47 of them play on the offensive side of the ball. Among those 47, four were Pro Bowlers and two earned All-Pro status – wide receiver Adam Thielen (Minnesota Vikings) and kicker Johnny Hekker (Los Angeles Rams).

The Regional Combine, an invitational this year with notably shorter sessions to showcase more quality athletes, went well. But, its true success will be determined by the performance of those RCI participants selected to play in the NFL.

Who will be the next breakout superstars from the RC platform? Where will they fit?

With the 2018 NFL Draft about to begin, let’s examine some of the offensive talent from the RCI and where they can be effective for an NFL team. 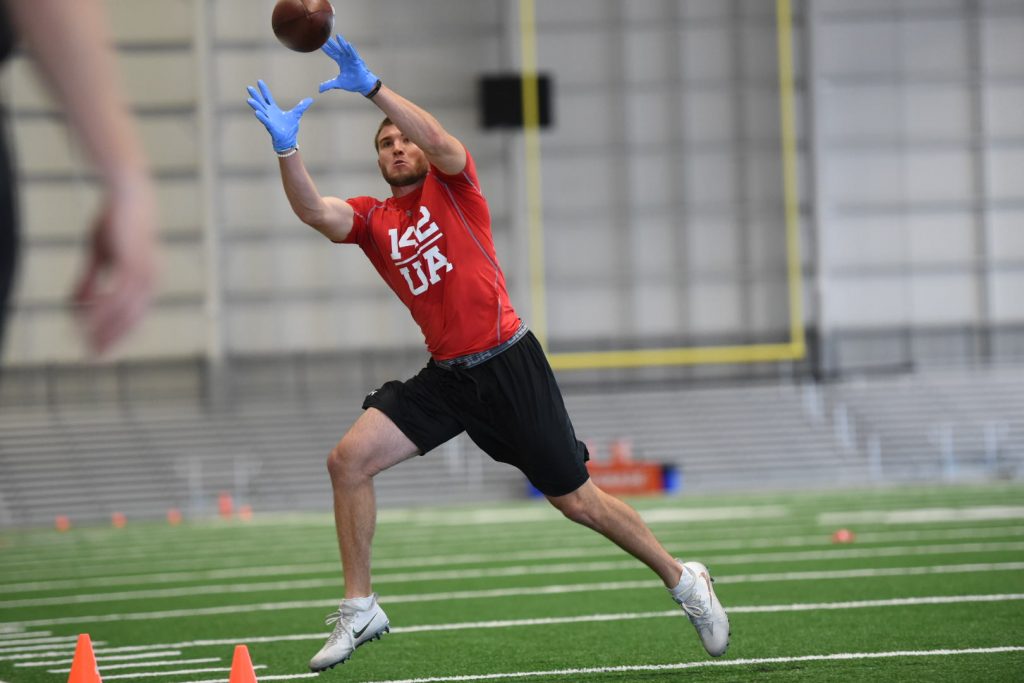 Austin Proehl – North Carolina. (Projected Round(s), 4th to 7th Round) With the ability to play in nearly any system, Proehl can be a Pro Bowler within two seasons, especially with the right team. He has great hands, speed, and instincts. Fundamentally sound in his route running. Very smart and crafty.

Steven Dunbar Jr – Houston. (Projected Round(s), 5th to 7th Round) Dunbar is a physical receiver who has the ability to blow by a defender, but would prefer to run him over. He has strong hands and is a disciplined route runner with breakaway speed. A complete playmaker.

Vyncint Smith – Limestone College.(Projected Round(s), 5th to 7th Round) Labeled the fastest man in South Carolina, Smith is a superb route runner with great hands. He cuts on a dime, concentrates on the flight of the ball and is very strong. Standing 6-1, 201-pounds, Smith will be an excellent target. 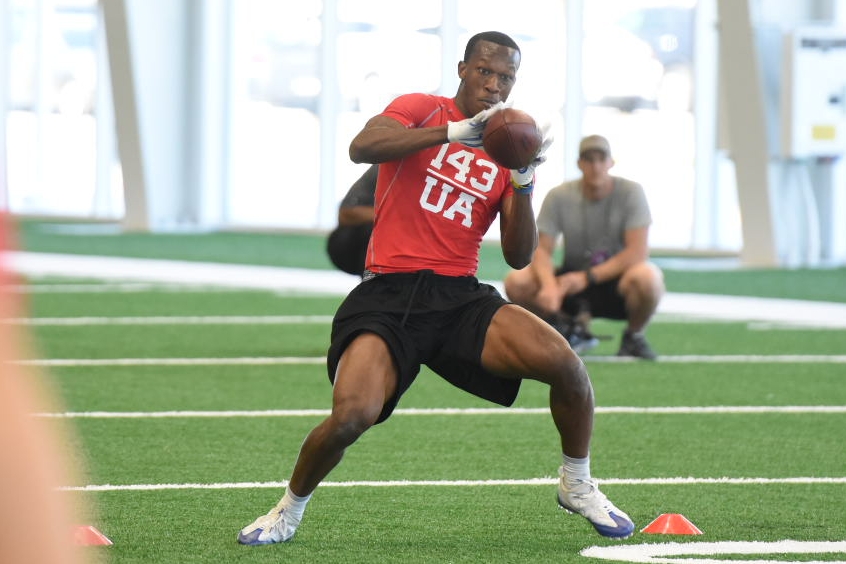 Any AFC and AFC East squad

Anthony Mahoungou – Purdue. (Projected Round(s), 5th to 7th Round) The Steelers need a big receiver with sure hands. Mahoungou is a sure-handed receiver who adjusts to the ball well, and he can break a game open with his high stride running style. 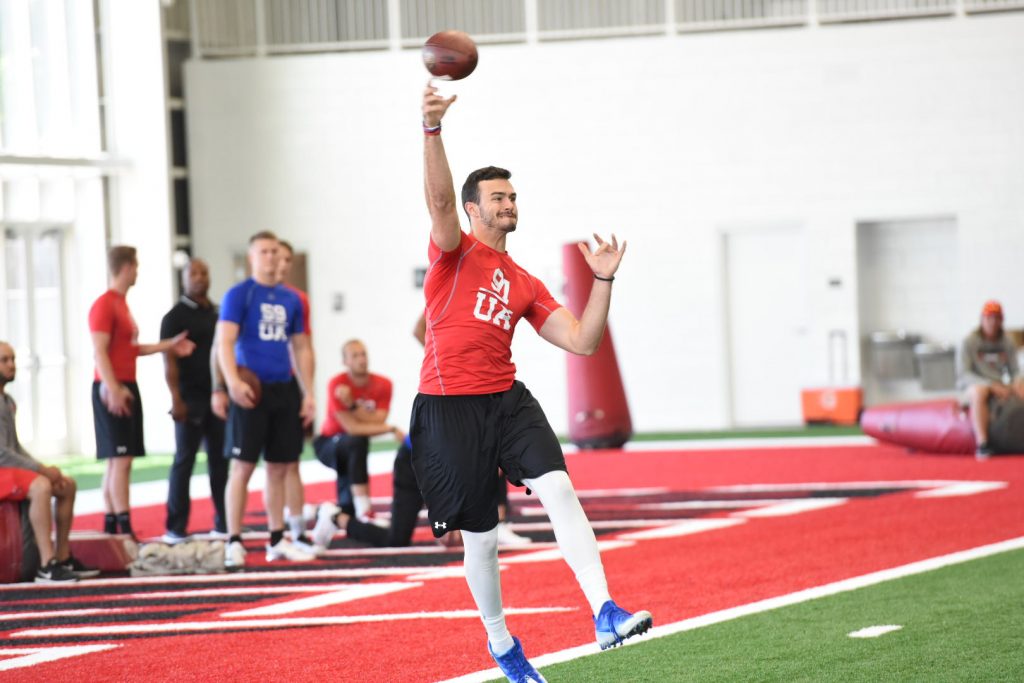 Peter Pujals – Holy Cross. (Projected Round(s), 6th or 7th Round) For any team that needs a quarterback, Pujals will have a legitimate chance of making the squad. The 6-1, 211-pound signal caller has a great touch and zip on the ball. He can make every throw with tremendous accuracy, moving well in and out of the pocket to sustain good vision down the field.

Alex McGough – Florida International. The 6-3, 219-pound signal caller stands tall in the pocket and is one of the best athletic quarterbacks in the 2018 class. McGough has a decent touch over the middle, will not force passes, but is not gun shy. Plus, he possesses good feet and vision. 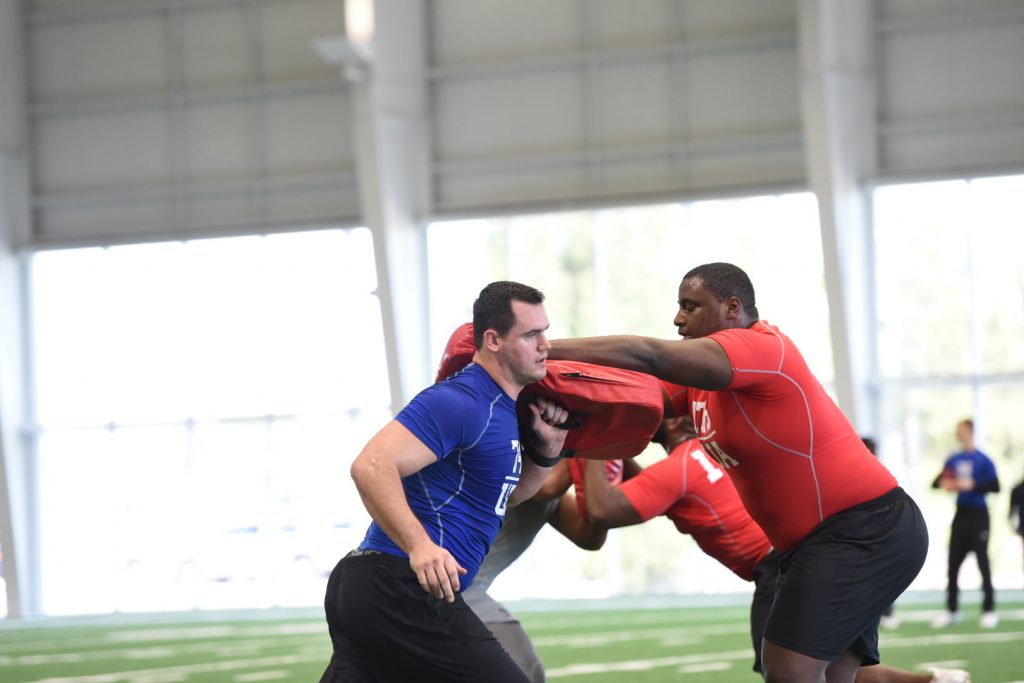 Mason Gentry – SMU. Gentry is nearly flawless in all his movements. With a quick first step and power, he can lead a ball carrier into the open field. He is extremely physical, has great feet and hands, possesses solid instincts and has the ability to play on both sides of the line.

Tony Adams – North Carolina State. The four-year starter can play anywhere on the offensive line. He is powerful, has decent speed, uses his hands well and is always balanced and in control.

Any AFC and NFC East squad 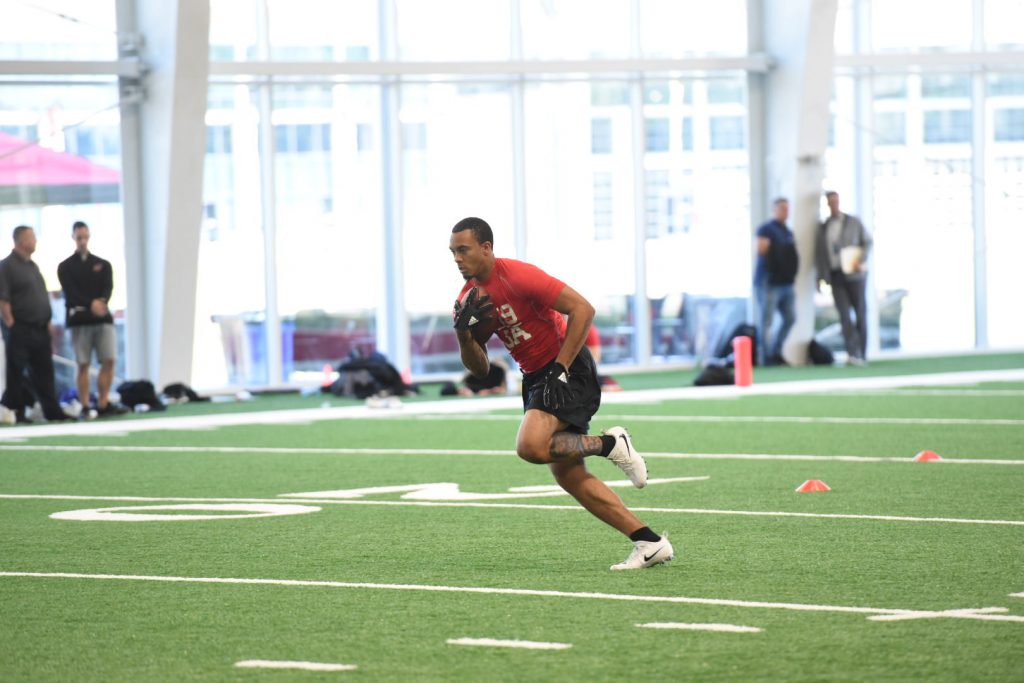 Max Browne – Pittsburgh. Browne has a strong arm and can spin the ball in any atmosphere. Standing 6-4, 221-pounds, he is tall in the pocket and has a solid release with a good touch on the ball.

Kenny Hill – TCU. Athletic and mobile, Hill has a strong arm. He can make plays with his arm and legs and throw into a tight area. The 6-1, 211-pound field general also has a great touch on the ball.

John Diarse II – TCU. Diarse is very quick and agile. At 5-11, 214-pounds, he is solid and compact with good hands. He has long arms, good speed, balance and control.

Jawill Davis – Bethune-Cookman. Davis is quick and can be explosive in the return game. He is solid physically as he can bounce off collisions to make a play. And, he has great instincts and good hands and feet.