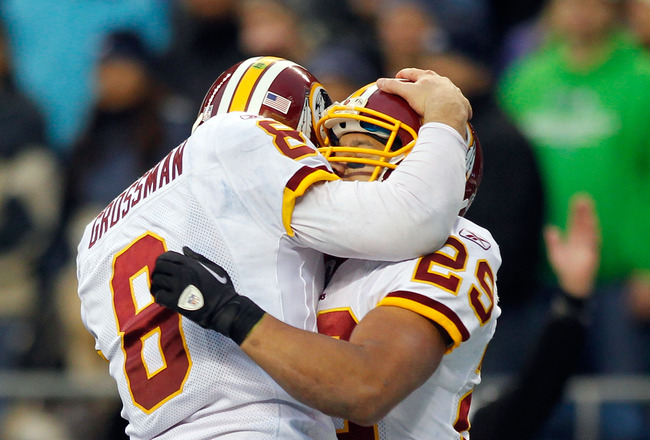 The last time the Washington Redskins tasted victory was on Oct. 2 against the St. Louis Rams.  Down 17-14 midway through the fourth quarter, Redskins quarterback Rex Grossman hooked up with wide receiver Anthony Armstrong for a 50-yard touchdown pass on 3rd-and-19 to recapture the lead for good and ended the team’s six-game losing streak against the Seahawks in Seattle, 23-17.

Clearly, after a spirited, impressive performance in a losing effort against the Dallas Cowboys in overtime at FedEx Field last Sunday, the question for the Redskins was, can they capitalize on their momentum against the Seahawks?

The burgundy and gold answered the call—with some usual drama.

Out the gate, the Redskins did something they have not done all season: scored a touchdown on their opening drive. With a heavy dose combination of Grossman and tight end Fred Davis, Washington marched down the field to cap a 14-play, 80-yard drive with a two-yard touchdown pass to Davis to take an early 7-0 lead.

Coming into the contest against the Seahawks, the Redskins scored a total of three points on their opening drives.

After an uncharacteristic, successful first quarter, the Redskins reverted to their old ways of two weeks ago, as they hurt themselves to allow the Seahawks to have some life.

Grossman’s pass, intended for wide receiver Jabar Gaffney, was picked off by Seahawks cornerback Brandon Browner to set up a 20-yard touchdown pass to running back Marshawn Lynch from quarterback Tarvaris Jackson to tie the game at 7-7 in the second quarter. 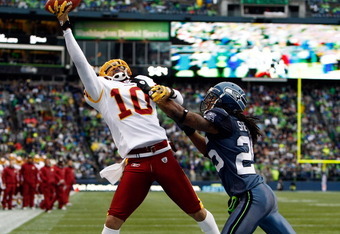 On the Redskins next possession, Gaffney caught a four-yard touchdown pass from Grossman, but the play was nullified after review due to an illegal touch pass by Gaffney, who stepped out of bounds before the catch. Washington eventually attempted a field goal to take a 10-7 lead, only to have the kick blocked by Seattle defensive end Red Bryant.

After a testy matchup between the Redskins and the Seahawks in the first half, Washington’s struggles continued, as their offense had a total of 32 yards and Grossman took a pounding.  The Seahawks (4-7) went on to score 10 more unanswered points against a tired Redskins defense.

Apparently, the Redskins (4-7) do not play well from behind, and entering this matchup, the Seahawks won 16 consecutive games when leading after the third quarter, the third longest streak in NFL.

Washington did not get that memo.

Grossman took charge of the huddle and led his team down the field after completing four out of five attempts for 42 yards. On 3rd-and-3, Redskins rookie running back Roy Helu took a quick-toss from Grossman to the outside and hurdled over defensive back Roy Lewis to sprint towards a 28-yard touchdown run to make it a 17-14 game with 9:57 remaining. 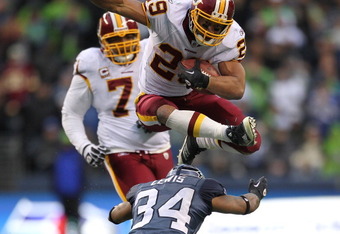 Helu had a career-high of 108 rushing yards on 23 carries. Helu also pitched in with seven receptions for 54 yards.

Most specifically, a rested Redskins defense had something to play for and launched a series of blitzes, which were not disguise, as they sent eight men on 3rd-and-6, which ended with a devastating sack by Redskins safety LaRon Landry.

Moreover, the Redskins offense did not come out sharp on their next series. Grossman committed an intentional grounding penalty, which forced them to be faced with 3rd-and-19. Against intense pressure from the edges, Grossman stepped into the pocket to throw 50 yards down the field to Armstrong, who caught the eventual go-ahead winning touchdown pass (Armstrong’s second score of the season).

The Redskins special teams kicking game haunted them last Sunday against the Cowboys as kicker Graham Gano missed two field goal attempts; his second attempt would have won the game in overtime.

Consequently, the Redskins offensive line—on special teams—allowed Bryant to block another field goal, this time an extra point. The block made it a three-point game as opposed to a four-point game; that gave the Seahawks an opportunity to even the contest with a field goal and not be forced to score a touchdown.

The Redskins defense at this point of the game was motivated and aggressive as they manhandled the Seahawks down the stretch. 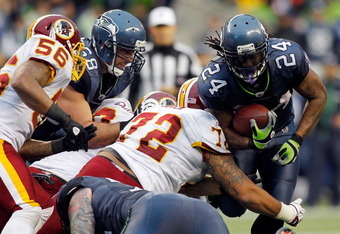 Washington later added three more points, which capped 16 unanswered points of their own, and cornerback DeAngelo Hall intercepted a pass from Jackson to help seal the game.

The Redskins has committed at least two turnovers in ten consecutive games. 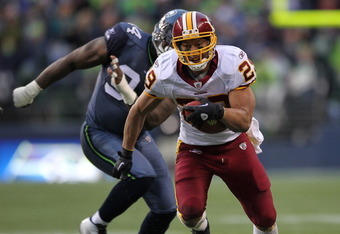 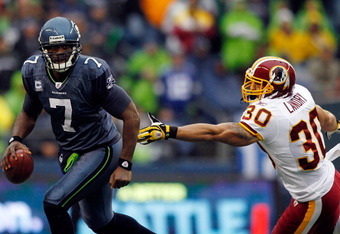 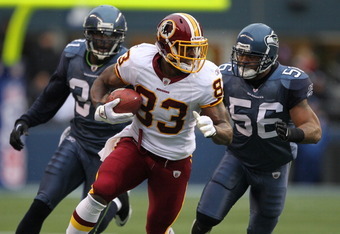