Nick Young: Re-signed With Wizards, At What Cost?

After sustaining a hard reality check during this abbreviated NBA offseason, by courtesy of the league’s work stoppage, guard Nick Young agreed to a one-year tendered qualifying offer of $3.7 million. Young was looking forward to a huge payday, after having a great individual turnaround last season that saw his scoring average increase—to lead the team—from 8.6 to 17.4 points per game.

However, no franchise was willing to endorse a sizable check through an offer sheet for the restricted free agent. Clearly, the talented Young has a home, for at least another season. But will Young give his all for the team—knowing that guard John Wall is the franchise’s centerpiece? Or will the former USC guard be given the playing time for an opportunity to increase his cost?

“I would think when all is said and done, this is where he’ll (Young) be,” said Wizards head coach Flip Saunders, according to the Washington Post. “We’ll have to wait and see.”

The Wizards want Young to stay with the organization. Clearly, the Wizards are not willing to break the bank to keep him. According to a source, Young was seeking an annual salary of $9 million per season. Weather Young is worth that kind of money or not, the jury is still out on him, since he has not started a full season, despite being in the starting lineup 40 times last season. 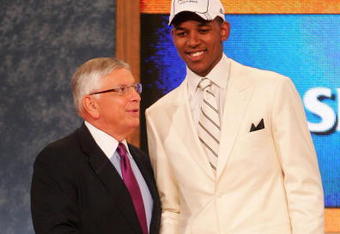 Since the Wizards drafted Young in 2007 as the 16th overall pick, he was always in the shadow of other players. Guard Gilbert Arenas and guard/forward Caron Butler (currently with the L.A. Clippers) overshadowed Young for three seasons. Though Young displayed his talents among his former teammates, inconsistent play with a touch of selfishness has haunted him.

Their previous star players in Arenas, Butler and forward Antawn Jamison (currently with the Cleveland Cavaliers)—better yet, eliminated their huge contracts—Young sought to cease the opportunity to showcase what he can do on a nightly bases.

Enter Wall in 2010, and Young probably thought, “Here we go again, playing second fiddle.” Even though Wall was selected No. 1 overall in the 2010 NBA Draft, Young probably believed that his opportunity to shine was still present.

Enter guard Jordan Crawford on Feb. 23, 2011, when he was traded to the Wizards with guard Mike Bibby and forward Maurice Evans. Crawford made an immediate impact, and it appeared that Young was quietly being moved off the radar, despite being one of the team’s leaders. 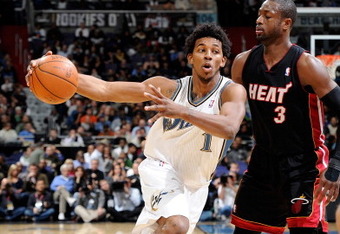 The 2011 free agent class is nowhere as strong nor comes close to the talent pool of a season ago, where the likes of LeBron James, Dwyane Wade, Chris Bosh, Carlos Boozer, to name a few, were available. Moreover, the 2011 free agent market is loaded with decent, contributing players to assist elite players to win.

Young probably thought he could command that type of salary from a team. Unfortunately, Young (26) may have to show he can perform on a high level consistently before franchises knock on his door like the players mentioned.

Question is at the expense of Wall and Crawford’s development, will the Wizards give Young adequate playing time to shine for the franchise?

If given the adequate burn, will Young display his talent for the want to stay in Washington or for the league to increase his price tag?