Hey, hey, hey…slow down! It’s Week 8 already? This season is going way too fast. Pretty much like how certain teams can put up points on the scoreboard, quickly.

Eleven teams, thus far, this season are averaging at least 25 points per game, which is on pace to be the most in a season in NFL history.

Among those quick scorers, or late point grabbers who are milking up garage time, the Denver Broncos have scored 298 points (42.6 points per game) through the first seven weeks of the 2013 campaign, the most points at this point of a season in NFL history.

The Broncos (6-1) has scored at least 30 points in all seven games. 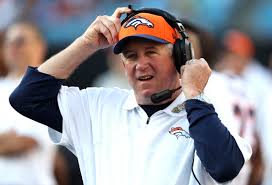 “I would say most teams in this league are looking to improve every day,” said Broncos’ head coach John Fox. “Not just the beginning, not just the middle, not just the end. Obviously, you want to be playing your best football in January and February, but you have to play well in those 16 games to get that opportunity. Right now, we’re competing with another 31 teams.”

With 30-plus points this weekend against the Washington Redskins (2-4), Denver can become the third team in NFL history to score at least 30 points in each of its first eight games. The 2007 New England Patriots and 2000 St. Louis Rams also accomplished the feat.

But can the Redskins pick up from where the Indianapolis Colts (5-2) left off last Sunday night when they gave the Broncos their first ‘L’ of the season?

Probably not. However, the Skins possess the proper formula to handle the explosive Peyton Manning led Broncos.

“Anytime a defense has to cover the whole field, it does slow down a pass rush sometimes – different things we talked about last year,” said Redskins’ head coach Mike Shanahan. “The more options you have on offense, the more threats you have, the better chance you have to keep a defense off-balance. Sometimes it changes week-by-week. Sometimes just the threat of the run or the threat of the quarterback slows down the defense.

“As we talked about before, we’ve got a lot of directions we can go depending on who’s the quarterback, who’s in at the game,” he continued. “You’re one play away from somebody else being in there – if it’s a wide receiver, a quarterback, an offensive lineman. So you’re constantly adjusting, but you want to have a system that you feel comfortable in, a system that is a proven system. We’ve got a lot of players that believe in what we’re doing, so hopefully we can keep putting points on the scoreboard.”

After witnessing Colts’ quarterback Andrew Luck converting several third-and-long situations against the Broncos, it showed a weakness in their containment of defensing mobile quarterbacks.

Well, Redskins’ quarterback Robert Griffin III is one of the best in the business in scrambling and he appears to back in his pre-injury form.

One of the major keys at stopping the Broncos is keeping Manning on the bench, but it takes discipline and a solid running game – not easy to do.

If the Skins can control the clock by allowing the three-headed monster of their backfield in RGIII, Alfred Morris and Roy Helu, Jr. to lead their offense, and not get caught up in a shootout, Washington would pull off an upset.

Nevertheless, the Redskins must stop the Broncos, as well, and despite the solid pressure from the Washington’s front-four, the team’s secondary is one of the worst in the league and their tackling in poor.

The Kansas City Chiefs (7-0) sits on the NFL’s mountain top as the only remaining undefeated team in the league – and their defense is the engine behind its machine.

The Chiefs’ defense has allowed a league-low 81 points this season and 17 points or fewer in each of its first seven games.

If the Chiefs can hold the Cleveland Browns to 17 points or fewer Sunday, they would become the fourth team since 1970 to allow 17 points or fewer in each of their first eight games of a season. The 1977 Atlanta Falcons (nine games) were the most recent team to accomplish the feat.

And they will with their 1-0 mindset.

“We’ve got good players here and good coaches who work very hard. The players have been just diligent,” said Chiefs’ head coach Andy Reid. “We know it’s important every day to get better. We’re not where we can be. We just have to stay focused on our job and just keep working. We’ve kind of put that record thing aside. We’re trying to think 1-0’s instead of 7-0’s or 8-0’s, wherever we’re at.”

What is not discuss was the importance of each of those contests between the Patriots and they divisional opponents as New England was head and shoulders better than the other squads. This season, the Pats are not as mighty and the Dolphins, New York Jets and Buffalo Bills are not pushovers anymore.

With one game ahead of the Jets (4-3) and a game and a half over the Dolphins (3-3), they have to get some separation from the pack and being led by quarterback Tom Brady is always an advantage.

“We certainly look at the two games we played against them last year,” Dolphins’ head coach Joe Philbin. ”Those are important because our defense, while we have new things and wrinkles, conceptually our defense hasn’t changed a whole lot. We look at those games and we look at some of the postseason games that they played a year ago. Then we have a good seven games.

“That’s 500 or so plays of offense from this year,” he continued. “That’s a lot to digest. We really don’t have time to show the players all of those plays and all of those nuances of their offense. You certainly do take a look at what he’s done.”

The San Francisco 49ers, winners of four straight, return to London to face the Jacksonville Jaguars in an International Series game at Wembley Stadium.

“It’s great to be here, really enjoyed the English countryside driving up here and the facilities and service at The Groove are second to none,” 49ers’ offensive coordinator Greg Roman. “It’s a far cry from Fawlty Towers. But the facilities here are great. The hotel, the way it’s laid out. Really haven’t skipped a beat. We’re deep into our preparations for a very good Jacksonville team that continues to improve every week.” 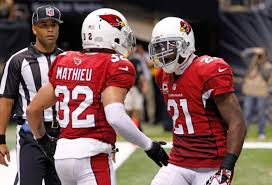 Speaking the Cardinals, the Atlanta Falcons are looking to get back into the chase of the NFC South – and the playoff picture. Normally, the Arizona Cardinals (3-4) would be the recipe for any team to find a rhythm against.

But not these Cardinals.

Across the board, the Cardinals’ stats do not jump off the paper. However, Arizona’s defense has shown that they can make a play late in a game to conserve a win. The Falcons (2-4) have difficulty with a constant pass rush, which helps the Cardinals because their pass protection is not as solid.

Cardinals’ quarterback Carson Palmer is still one of the best in the league at delivering strikes down the field. The Cardinals have one of the better run defenses in the league, 7th at allowing 97 yards per game, and the Falcons will be at the mercy of an up and coming solid secondary, led by defensive backs Patrick Peterson and Tyrann Mathieu.

The Cardinals will help contribute to the Falcons’ woes, on a day when wide receiver Larry Fitzgerald needs four receptions to become the youngest player in NFL history to amass 800 receptions at the age of 30.

For the rest of Week 8, it’s statement time for several teams as will look to define their 2013 season:

Dallas Cowboys (4-3) at Detroit Lions (4-3) is a contest where both squads look to send a message to their respective divisions, well – the NFC North at least. If the Lions can establish their running game again like they did at the beginning of the season, they will continue to put pressure on the Green Bay Packers (4-2) for the NFC North, and if the Cowboys can continue their physical play like they were against the Philadelphia Eagles (3-4) last Sunday, the NFC East could realistically be theirs.

With that being said, the Cowboys give up many yards in their passing defense (rank 30th at 291.9), which could spell w.i.n. in Detroit as they are fifth-best in the league in passing (294.7 per game).

After disappointing starts, the 1-6 New York Giants and the 2-4 Pittsburgh Steelers could itch their way back into their divisional race. Eagles’ quarterback Michael Vick returns Sunday, after missing the last three games due to a hamstring injury, so Philadelphia should bottle up the Giants’ chances.

For the Steelers, winners of two straight, their chances against the Oakland Raiders (2-4) are solid due to their ability to stop the run, which is the strength of the black and silver. Pittsburgh has found their running game behind Le’Veon Bell, who busted out 93 yards against the Baltimore Ravens last Sunday, and their short passing game is developing into a major threat in the league.

“We were getting better every week. I know it wasn’t showing on the win-loss column, but every week we were getting a little bit better,” said Steelers’ quarterback Ben Roethlisberger about his team’s winless start. “I think the biggest issue was offensively, we were just turning the ball over too much. And we eliminated that the last two weeks.”

Clearly, the New York Jets (4-3) need to win to keep pace with the Patriots; and Dolphins for that manner, but the Cincinnati Bengals (5-2) are tough to beat at home where they won their last six out of seven games dating back to last season (undefeated this campaign).

The Jets’ fourth ranked defense will keep them in the game, but the Bengals have more than just one option in their aerosol