NFL Operations: "Football Is Strong Because Of Its People"

Troy Vincent has experienced greatness in one year as the vice president of football operations – through turmoil. 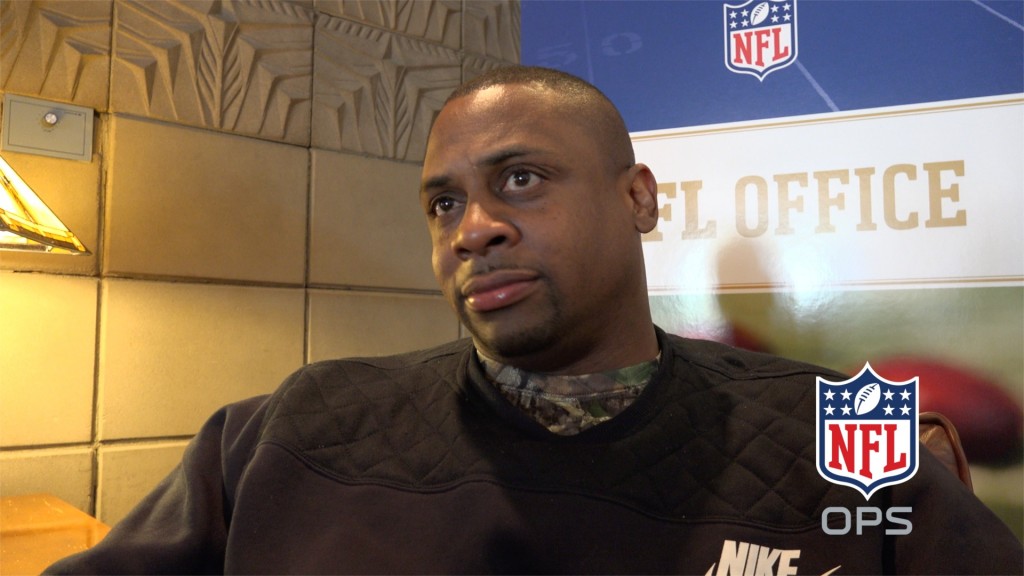 Yet, the former three-time All-Pro cornerback views the hot seat as a small price to pay for change.

Vincent and the Shield’s response towards those challenges are duly noted. What’s not acclaimed is the purpose of this “football lifer.”

Vincent’s prime ambition is to make the “game” better. The Trenton, New Jersey native believes with his experience as a player and, now, an executive, he likens himself as a “gatekeeper.”

“I’m at a place where I have the opportunity to be a gatekeeper…A contributor to the game,” said Vincent, courteously. “I was once an active participant. Today, I’m an active contributor.”

After a little over a year in his high-profile position, Vincent gladly shared his passion and how the NFL is refining its front office and league staff to improve the game through leadership and character development, increasing the long-term talent pool, the use of technology, rule simplification and improvement, and protecting players from unnecessary risk.

Long before the controversies of NFL that rocked the nation last year, plans were implemented to propel the league to the next level. Vincent details the progress of how “football is strong because of its people” and that football is “safer, not softer.”