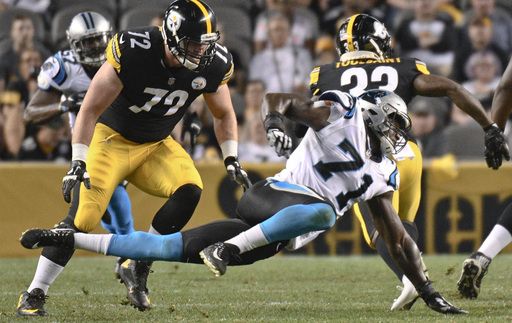 NFL International Showcase: UK Talents Held Their Own To Start The 2018 NFL Season

UK Players Ready To Take On The NFL

The NFL International Player Pathway program was established to introduce American style football to promising foreign-born talents. Potential players are supposed to be on a team’s practice squad for a season to adapt to the culture of the League.

One standout, however, has not only shown the platform’s worth, it has also shown that talent wins above all else, including procedures.

“Everyone in the international program, everybody that has helped me and created a platform for people like me to be here – this has changed my life. But I know that this is just the beginning,” voiced Carolina Panthers defensive end Efe Obada according to panthers.com.

Obada’s athletic ability caught the attention of the Dallas Cowboys in 2015, but he wound up bouncing around the League. 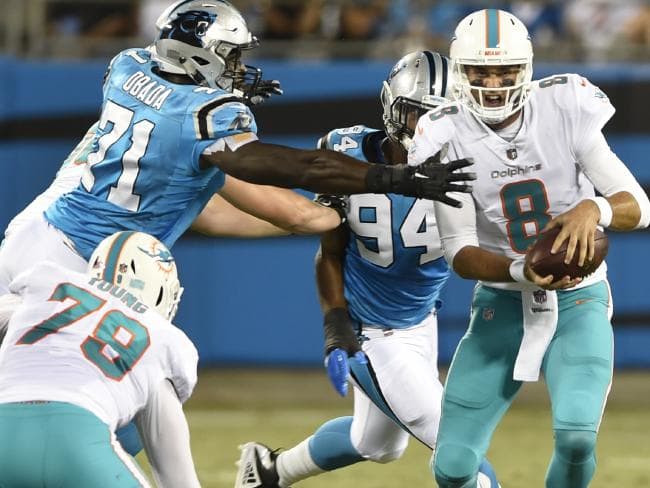 However, last season the IPP program got Obada grounded with the Panthers as he had to stay on the practice squad for a season before he could earn his way onto the team this year.

After finishing strong at training camp and in the preseason, Obada was surprised to make the 53-man active roster since getting cut was his norm.

“Walking in and getting released is what I’m used to,” voiced Obada. “I was walking in and making eye contact with everyone. No one spoke to me. I didn’t say anything to nobody. I made it to my locker and they still hadn’t stopped me or said anything.”

“Coach Rivera eventually came over to me and I was like, ‘Is it real?’”

“It hasn’t set in. I don’t even know. I’m grateful,” the Nigerian continued. “You know when you really want something and you get it and you’re like, ‘Oh my goodness. Like, what?’”

“I’m so happy. I’m going to enjoy this. I’ve been working very hard just to feel this.”

“Last year was exciting and special. Being a part of this (IPP) is great and my experience with the team (Falcons) has been great as well,” said Gray, when he attended the NFL Regional Combine Invitational to give support to new players. “I learned so much…this game is amazing, but this year, I’m on my own. This year will be exciting too and I’m ready to earn my spot and play some football.”

At some point this season, Gray and the gang should see some action on the field as their talents will provide them an opportunity. 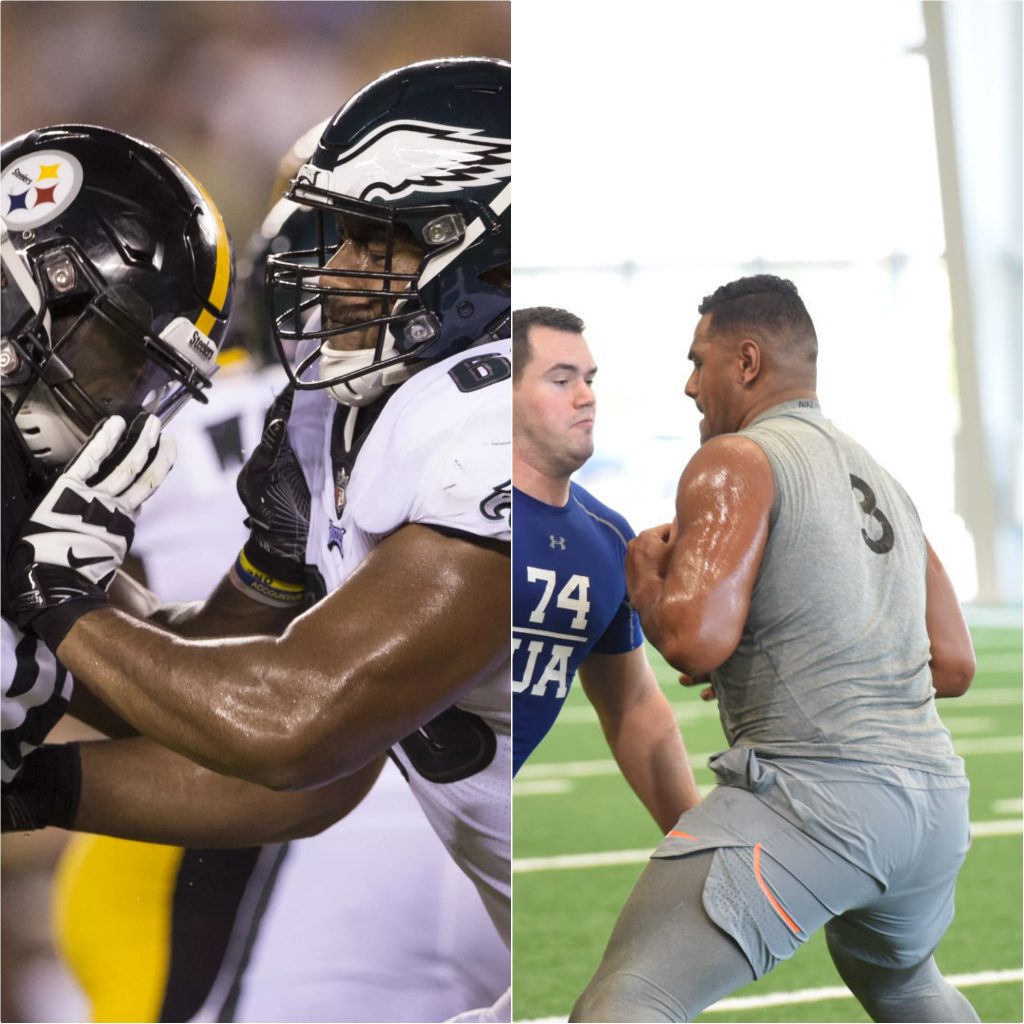 This year, the AFC North is the host division, but offensive tackle Jordan Mailata will not need it.

Mailata showed up in Tampa, Florida for the NFL Regional Combine Invitational in March. His raw talent commanded attention around the League, and the Philadelphia Eagles swooped in and drafted Mailata in the seventh-round (233rd-overall).

Mailata was mowing defenders over during the preseason demonstrating that he is ready now.

“He’s (Mailata) huge, obviously, but he’s also explosive out of the blocks and agile for a man his size,” stated Mailata’s former rugby coach Michael Maguire according to the Wichita Eagle. “Whereas the repeat efforts required in rugby league weren’t suited to a bloke of his genetics, the explosiveness needed in the NFL definitely is.”

“Short bursts of maximum effort. That’s a great match for him.”

With his first crack at playing American style football, Mailata is humbled and has an appreciation of the game and the journey of getting to the game’s highest level.

“I was quite lucky when I reached the crossroad in my life, the NFL pathway reached out to me as another avenue to pursue. That’s what it came down to, said Mailata.”

“I guess it’s every American football player’s dream to be part of an NFL team, and I’m quite lucky to be living my own dreams and theirs.”

Tight ends Moritz Bohringer (Cincinnati Bengals) and Christian Scotland-Williamson (Pittsburgh Steelers), full back Christopher Ezeala (Baltimore Ravens) and defensive back Tigie Sankoh (Cleveland Browns) are the next gems from the UK to push for success in the NFL. 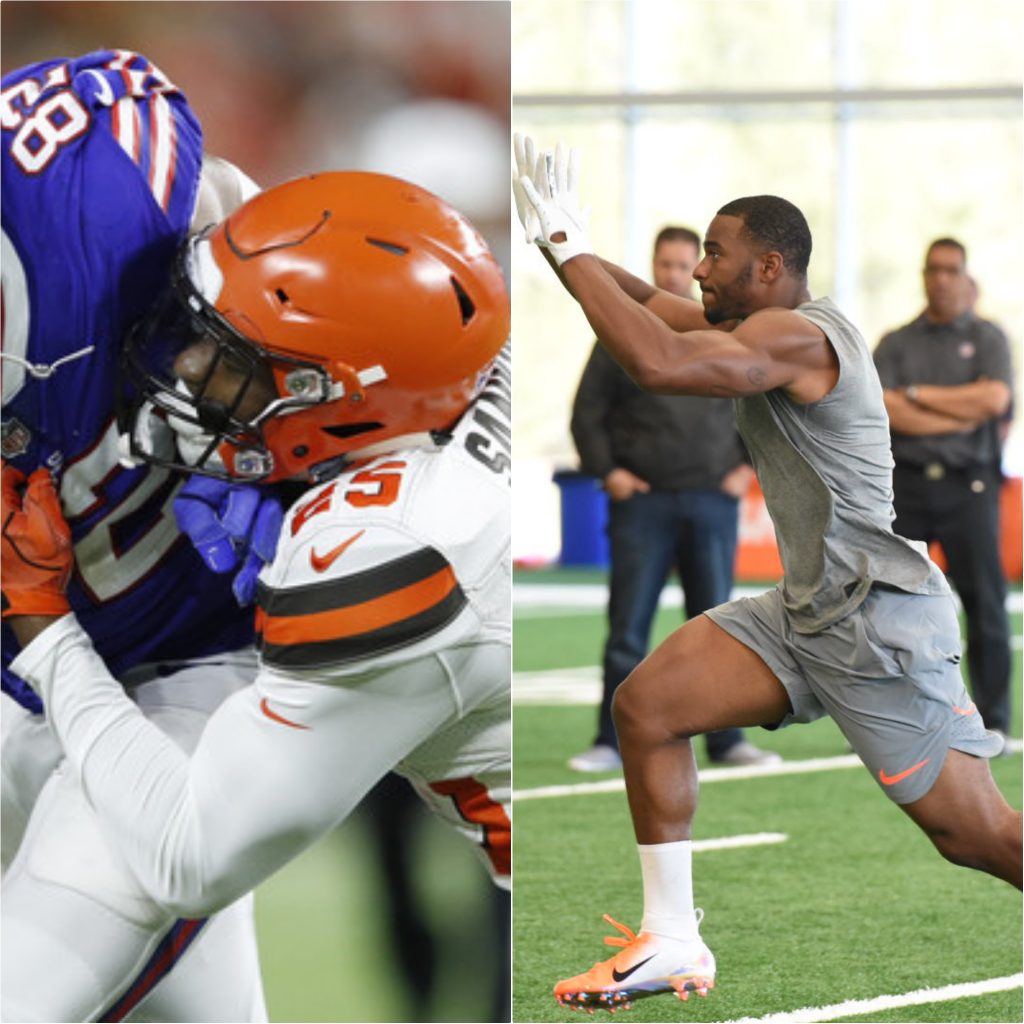 Bohringer was drafted by the Minnesota Vikings in the sixth-round (180th-overall) in the 2016 NFL Draft. The 6-4, 227-pound tight end was released by the Vikings last season prior to the 53-man roster that was established. He looked polished during his workout in Tampa. In the preseason, he caught a pass for four yards in Week Four against the Indianapolis Colts.

Scotland-Williamson has good balance, control, decent hands and displayed his skill set during training camp and the preseason. The 6-9, 274-pound talent caught a five-yard pass against the Eagles in Week One.

Ezeala experienced some limited time on the field for the Ravens, while the game is coming along for Sankoh as he recorded two tackles during the preseason.

One of the Shield’s goals is to attract more foreign-born players from overseas to the game. Canada is well represented in the NFL with over a hundred players on rosters.

Through the vehicle of the International Player Pathway program, the transition will simply be just a matter of time as the platform expands.

The Combine Report: The Platform Will Host 74 Talents To Kickoff Week One, Another Record Set Previous post

LockerTalk Podcast: Who Made It? What To Expect In Week One Next post