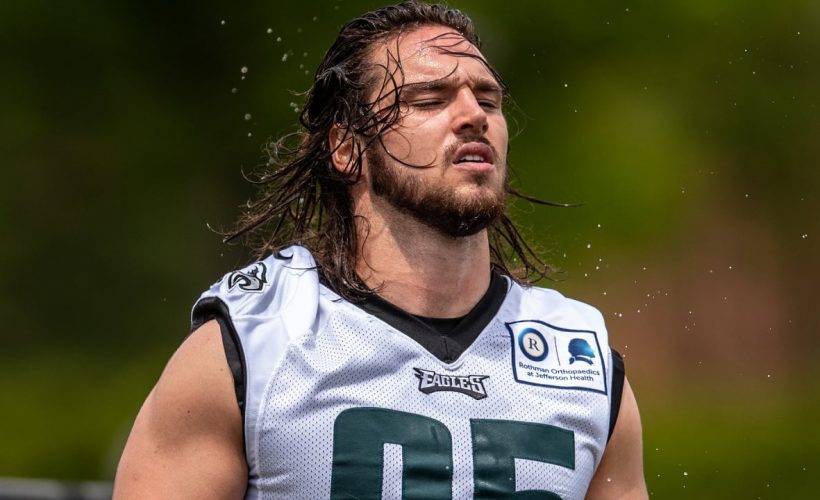 NFL Combine Report: Which RC Standouts Will Impact Their NFC Squads’ Chances In Getting To The Super Bowl?

Since the investment of the NFL Regional Combine in 2012, at least two players from the platform made a Super Bowl appearance dating back to 2013. In hindsight for the 2019 NFL season, there are several players from the talent discovery stage who play a significant role for their squad in the NFC.

Instead of waiting to see who will play in the league’s title game, here are the legitimate Super Bowl contenders from the NFC with major players from the RC platform who can potentially help lift the Vince Lombardi trophy in February.

The Bears defense finished as one the best in the NFL last season, and with All-Pro defensive everything Khalil Mack returning at the start of training camp this season, the Bears will not miss a step.

At the heart of that defensive line, which takes pressure off Mack, is defensive end Roy Robertson-Harris.

Robertson-Harris had a career year last season with 22 tackles and three sacks. He was a quiet force for the Bears as he almost ended Green Bay Packers quarterback Aaron Rodgers’ season before it started in Week One.

Robertson-Harris played with more confidence as he showed the Bears’ coaching staff he can play on a high level. Robertson-Harris clearly helps the Bears to be a solid Super Bowl contender, along with two other RC standouts in defensive tackle Abdullah Anderson and linebacker Jameer Thurman.

Anderson is athletic, quick and explosive with high football IQ. Thurman, who is fresh off winning the Grey Cup, has been waiting for this moment. He is fundamentally sound, savvy and a discipline tackler. Thurman will excel on special teams first, and will go from there.

The Bears have something special in Chicago with these three pioneers.

There is no secret about Vikings wide receiver Adam Thielen’s ability. He is regarded as one of the best pass catchers in the NFL. Thielen can be game planned against heavily with multi-double teams, consistently. If he can match the intensity combated against him, the Vikings’ season should end in Atlanta.

Fullback C. J. Ham has been solid in pass protection and clearing out running room, but the Vikings need more from him in short yardage and goal line situations to help the team be more formidable offensively.

Wide receiver Brandon Zylstra has been waiting in the wings for the past two seasons. This could be his breakout season.

Rams have explosive players on their squad. Still, their kicking specialists in punter Johnny Hekker and kicker Greg Zuerlein is the tandem that balances everything out. And these Pro Bowlers will continue to be the rock for the Rams.

Defensive tackle Justin Lawler showcased his skill set on special teams in his rookie season. This season, he should be rotated into the defensive unit regularly. Lawler is that talented.

If wide receiver Mike Thomas can stay healthy and pass catcher Austin Proehl makes the active roster, the Rams will have the deepest receiving core in the league.

The Saints will continue to be in the hunt for Super Bowl glory, despite the challenges from last season. Defensive back Chris Banjo’s role increases each year, and after signing an extension, the Saints will have the RC pioneer acclimated into the defense this season.

Offensive lineman Ulrick John is fresh off winning a Super Bowl with the New England Patriots, but due to injury, he was not able to contribute to the success on the field. If he stays healthy, future Hall of Fame quarterback Drew Brees will have another solid protector in front of him.

Linebacker Darnell Sankey is in a good situation in New Orleans. This could be the NFL journeyman’s season.

Tonyan demonstrated last season that Rodgers can rely on him. Out of his six targets, Tonyan caught four passes, including a 54-yard touchdown catch. With an aging Jimmy Graham, Tonyan will earn more opportunities.

The Eagles have been to the mountain top in 2017, and along that journey, linebacker Kamu Grugier-Hill was a part of the hike.

Grugier-Hill is one of the defensive leaders on the team and accompanying him from the RC stage is the versatile linebacker Joe Ostman. Ostman has a high motor, and is agile and relentless. He spent last season on the practice squad and he could be the Eagles’ best kept secret defensively.

To add depth to the offensive line, the Eagles selected offensive tackle Jordan Mailata in the seventh round (233rd-overall) of the 2018 NFL Draft. Mailata ventured through the NFL International Pathway Program, but as a part of the program, he had to spend a season on the practice squad.

Each year, a chosen conference is allowed an extra player on the practice squad. After one season in the culture of the NFL, foreign-born talents will have to earn a roster spot. Mailata is ahead of the curb and he will be ready to battle in the trenches this season.

The Combine Report: Which RC Talents From The AFC Will Win The Super Bowl LIV Next post