For the first time in NFL history, there will be three Super Bowls played in one season. Well, technically, it’s just one title game for the league, but it sure does feel like three Super Bowl games will be played because of the two championship contests that will take place Sunday and the world wide event on Feb. 2.

Four teams, two matchups, which are the two showdowns NFL fans have been waiting for all season as the New England Patriots journey to Denver to take on the Broncos and the San Francisco 49ers go up the Pacific Coast to Seattle like the Persian Empire with their ships, swords and spears to face Russell (Leonidas) Wilson and his 52-men as they will defend SPARTA – well, the CenturyLink Field.

This matchup will be a battle.

“We’re ready to go,” said 49ers quarterback Colin Kaepernick, who is 4-1 in his postseason career. “We’re a different team than the last time we played them up there.” 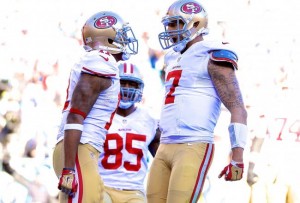 The Patriots bump-trucked the Indianapolis Colts 43-22, while the Broncos held off the San Diego Chargers 24-17 last week to set up the AFC title match.

And for the third time this season, the Niners and Seahawks will duke it out. The 49ers defeated the Carolina Panthers 23-10 and Seahawks had their hands full with the New Orleans Saints to ultimately win 23-15 to advance to the NFC championship on Divisional Weekend.

Truly, the final four teams were the best squads all season. Sure, they all had their ups and downs. However, these are the matchups that were anticipated to determine who will advance to Super Bowl XLVIII.

With that being said, each team have their work cut out for them on Championship Weekend. 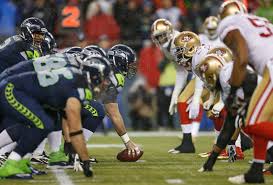 For the third time this season, the 49ers and Seahawks will meet. The teams split the regular-season series with each club winning at home.

The 49ers advanced to their 15th NFC Championship Game, tying the Pittsburgh Steelers for the most since 1970. Jim Harbaugh has guided the team to the NFC Championship Game in each of his first three seasons, the only head coach since the 1970 merger to accomplish the feat.

San Francisco’s defense shutout the Panthers in the second half and scored 17 unanswered points in the team’s victory. Now the team hopes to carry the momentum into Seattle, where the Seahawks have won the past two meetings by a combined score of 71-16.

“Yeah, just a very talented front,” said 49ers Pro Bowl tackle Joe Staley. “We have seen them every single year, twice a year. We have played up there every single year, so we know what to expect. We are not going in with our eyes closed or anything. So we know what to expect. But they are a good defense, play well within the scheme and what they are trying to do, and their gap control and all that.”

Last week, wide receiver Anquan Boldin had eight catches for 136 yards and Pro Bowl running back Frank Gore rushed for 84 yards. Pro Bowl linebacker Ahmad Brooks had 2.5 sacks and has 4.5 sacks in the 2013 playoffs, tied for the most sacks by a 49er in a single postseason. 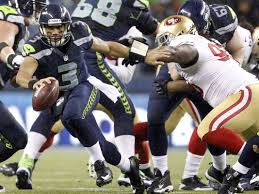 “To be in the NFC Championship Game, it means a lot,” said Seahawks Pro Bowl quarterback Russell Wilson. “It’s a testament to our hard work and preparation as a whole. The thing for us is that we haven’t done anything yet. We have to stay focused and play the best football that we can play.”

Pro Bowl running back Marshawn Lynch rushed for a franchise postseason-record 140 yards and scored two touchdowns against the Saints. In five career playoff games, Lynch has rushed for five touchdowns and has three 100-yard games.

“Marshawn battles every week and when you give him chances, he makes play,” said Seattle head coach Pete Carroll about Lynch. “He just continues to crank it out for us.”

The Seattle defense, which led the NFL in points allowed (231), total defense (273.6 yards per game) and pass defense (172.0) during the regular season, limited the Saints to 15 points. Defensive end Michael Bennett had two forced fumbles, a recovery and combined with defensive end Cliff Avril for a sack. 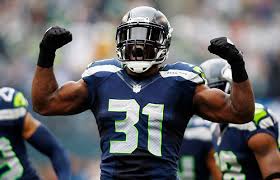 The Seahawks have won six consecutive postseason home games and are 16-1 at CenturyLink Field over the past two seasons.

“You couldn’t pick a better venue to play a championship game, anywhere that I can even imagine than right here at CenturyLink,” said Seahawks head coach Pete Carroll. “The 12s are something really unique and special. Whether it’s the stadium, whether it’s the crazy people in the Northwest, whether it gray skies that makes them want to come out and scream. I don’t know what it is, but it’s something unique and special that we have and you can’t ignore it. You can’t say that it doesn’t factor in, it does, and so we’re extraordinary fortunate that we have this following and the fan base that we have.

“I’ve been at the stadium in Mexico City with 110,000 and I’ve heard it and I know about that one down there, and a bunch of stadiums and indoors and all of that,” he continued. “There is nothing like the experience here. Fortunately we’ve been able to ride along with them. We’ve won a lot of games in the last few years playing at home, which is absolute instrumental to being a championship team.

“You have to dominate at home if you’re going to be able to sustain. Fortunately we have the best place in the world to play. I may
be a little bias about that, but I think the numbers kind of show it.” 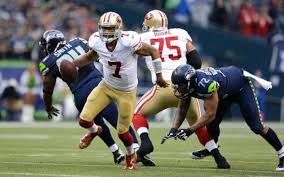 Kaepernick destroyed the Panthers and Green Bay Packers as he escape the pocket to extend plays and converted first downs after third and long situations for huge, back breaking gains. Seahawks defensive ends in Bennett, Avril, Chris Clemons and Ray Bryant must be discipline at keeping the edges so the pressure from the middle can be successful against Kaepernick.

“He’s (Kaepernick) a fantastic competitor,” said Carroll. “He uses all of his tools and he’s got a great arm and he’s got tremendous velocity on the ball, he throws the ball well inside and outside of the pocket and he’s a fantastic runner. So we’ve all watched him. He’s been extremely consistent at what he brings every game. Brings his approach and his factor of moving around and creating with his legs, he’s always present. Since he emerged on the scene, he’s been very consistent and very effective and they’ve won a ton of football games with him at the quarterback spot.”

Since the return of 49ers wide receiver Michael Crabtree is the go to guy for Kaepernick, and since his return from Achilles tendon surgery after being out for six months, the Niners have been playing their best ball as winners of eight straight.

Fortunately for the Seahawks, they have the best cornerback on their team in Richard Sherman and chances are Crabtree will not be as effective.

“I think just number one, he’s a terrific catcher,” said Seahawks defensive coordinator Dan Quinn. “Third down, he’s such a factor and I think the size and the length that he has as a receiver. So that’s one of the things when you go against a guy with that kind of skill. We certainly recognize that and he’s definitely a factor for them.”

“(Sherman) got size and length and outside at corner, sometimes when you’re outside and you can play on the guys and you can play press and he’s strong too,” he added. “So I think it’s a combination of things. He’s got terrific ball skills and awareness. When the ball is in the air, he can go and track it and then just the ability to use his size where he can make the break up on the pass when it’s a little bit further away from most people.” 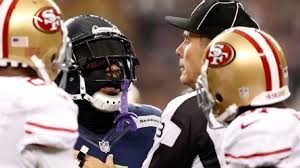 For the first this postseason, the Niners’ pass catching playmakers will be matched with a secondary that is just as physical and vocal as them and making plays will be difficult. In addition, Gore will not being able to endure the pounding for 60 minutes.

Nevertheless, the 49ers will take the fight to them.

“Well, they do a great job of taking the ball away,” said 49ers offensive coordinator Greg Roman. “Number one, their defense has been really good since we got here and it didn’t take me long to figure that out in that offseason leading up to our first season that these guys had a very talented defense man for man. I think they’re very well coached and I think the consistency of which they do things, they don’t do a whole lot on defense, but what they do they do very well, leads to turnovers when people get impulsive.

“Well, I think people have to account for him and bottom line is, he’s going to make plays,” he added. “A great, wise coach once told me, ‘You either make plays or you don’t,’ and he makes plays. You’ve got guys like (TE) Vernon Davis, did you guys like the toe-tapper last week? He’s been working on that for a long time and that was just a great play by Vernon and then Anquan and the dimension he brings. So, I think you’re talking about balancing out the field and forcing the defense to play a balanced defense.”

The Seahawks will have their hands full as well, and without wide receiver Percy Harvin, they may be limited on their options. With that being stated, the Seahawks has played and defeated the 49ers before without the breathtaking playmaker.

Expect to see a heavy load of Lynch with a touch of full back play from Michael Robinson and Derrick Coleman, who 100 percent deaf. 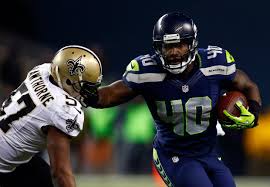 “He’s been a great contributor on this team,” said Carroll. “He’s played fullback for us. He started at fullback, he’s backed up when Mike Rob (Michael Robinson) has been in there and they’ve shared the position, he’s been an absolute, core special teamer for us and he’s a guy that does everything right. He does his job impeccably well in all areas and everything that we ask of him. He’s a terrific-effort guy; he’s tough he’s fast he’s the third running back on game day when the roster sets up that way. So he’s been a fantastic part of the team and it’s been a really cool story.”

If Wilson can be consistently effective on third downs, the Seahawks should not have problems pulling away midway through the second half, and being at home is a tremendous advantage as Seattle look to embark on their second Super Bowl trip in eight years.

“It’s the last chance to play at CenturyLink and all that kind of stuff and it’s a championship game going to the ultimate championship
game, but we have developed a way to talk through that and to practice and to prepare,” said Carroll. “So this isn’t something different that we have to deal with other than the obvious. The obvious is there and we bring that upfront and then we go about our business and try to stay very routine, very consistent about how we handle these opportunities so that we could do it very well.

“We feel like we’re well-versed and we know what we’re trying to get done and how we want to go about it. So we’ll see what happens on game day, but that’s how we do it.” 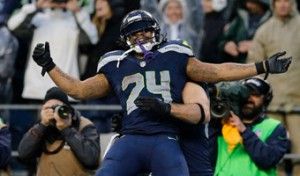