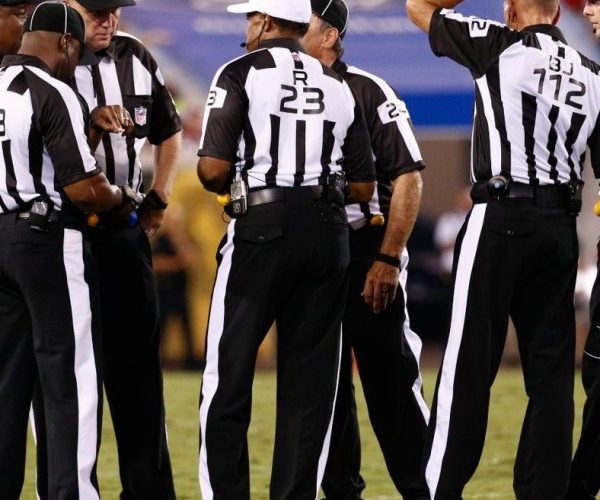 After a long, taxing offseason of training and preparation, the players…well, actually, the NFL officials were fired up to take to the field to perfect the game.  That’s a beautiful situation since progress towards perfection is something to embrace.

“NFL officials are always looking to improve, and we believe that additional time, particularly in the offseason, will be positive,” said NFLRA Executive Director Scott Green.  “We’re looking forward to working together with the league on this effort.” 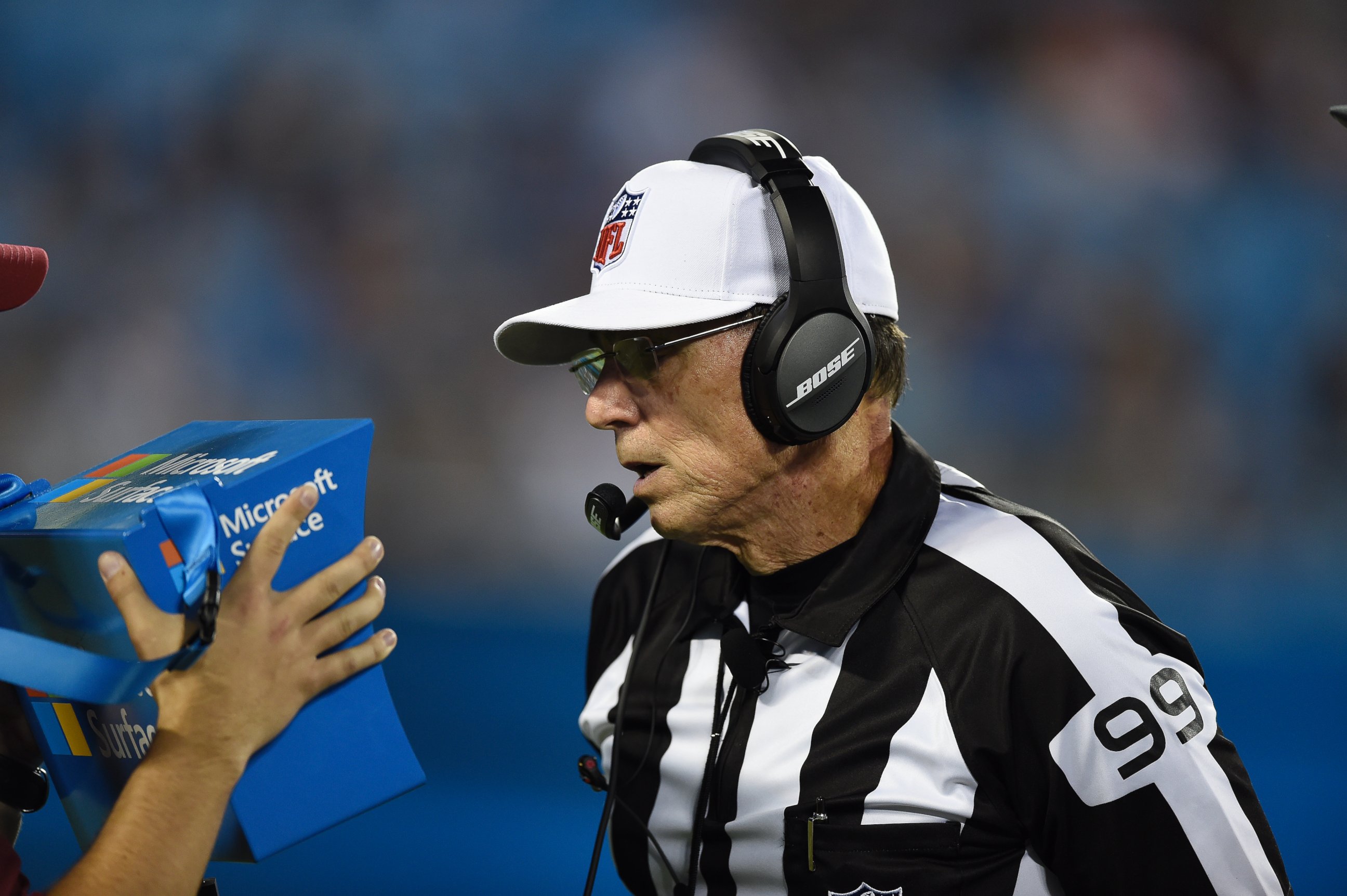 Green was referring to the possibility of hiring 24 full-time officials, which was announced by the NFL on August 9th. According to the last Collective Bargaining Agreement, the purpose of hiring 21 to 24 full-time officials is to enhance “scouting, training and mentoring, the understanding of current game trends, game preparation, and input on rules relating to player safety and game administration.”

As simple as this agreement appeared to be, it was not.

Since the majority of the NFL Caretakers have full-time careers apart from their NFL duties, the expectation that they would just walk away from those careers was a bit unrealistic. We’ll have to wait and see what transpires.

In the meantime, the NFL is positive about the future of officiating.

“We believe this is a great development for NFL officiating overall and ultimately the quality of our game,” said NFL Executive Vice President of Football Operations Troy Vincent.  “We share a common goal, which is to make our game as great as it can possibly be, and look forward to working together on this new effort.” 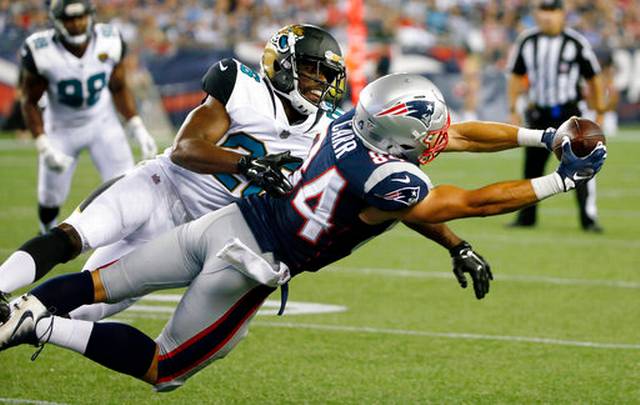 In the third quarter on second-and-8 from the Jaguars’ 18-yard line with 7:45 left on the clock, Patriots quarterback Jimmy Garoppolo took the ball from under center and threw to rookie wide receiver Austin Carr on an out and up route. He drove for the pass before Jaguars’ cornerback Doran Grant broke on the route.

Carr made a diving catch as he extended both hands, but as he was curling over on the ground, he slightly lost control of the ball. 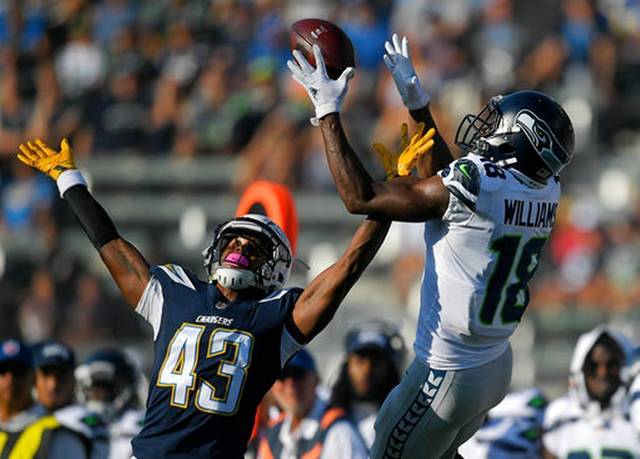 Referee John Parry and his crew witnessed a ton of points scored in this one-sided matchup, and they were on their toes.

With 12:01 remaining in the third quarter from the Chargers’ 31-yard line, Seahawks quarterback Trevone Boykins was in shotgun formation and he threw deep to the left side of the field to wide Kasen Williams. Williams leaped high over Chargers cornerback Michael Davis to make the catch, falling out of bounds and hitting the pylon.

From one angle, it looked like a touchdown and from another perspective, Williams was out of bounds. Line judge Jeff Seeman stood over the top of the play and recognized Williams tip toed both his feet landing in bounds while sliding his left foot out at the 1-yard line.

Prior to hitting the pylon, Seeman ruled complete. The sequence was reviewed and it was confirmed.

Referee Clete Blakeman normally finds himself in the right situation to avoid any controversy. The assertive Blakeman and his crew are in midseason form.

Entering the second quarter, the Bucs’ kick Nick Folk made a 35-yard field goal followed by a touchback on the kickoff. The clock should never have moved. Still, it ran off three seconds to 14:57. Blakeman was on top of that! “Put fifteen minutes back on the clock,” he instructed. 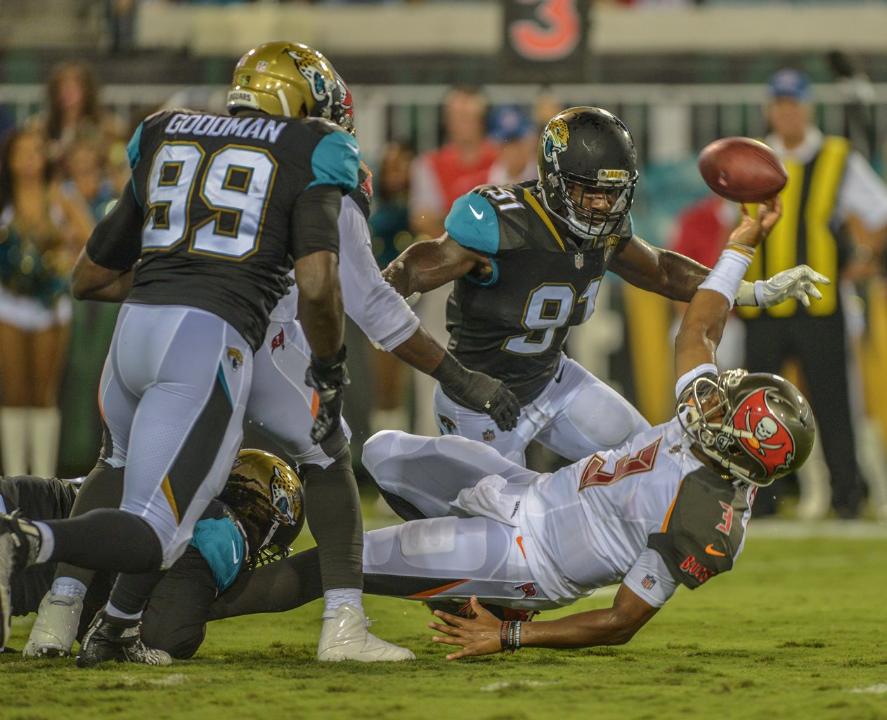 Facing third-and-7 on the Jaguars’ 7-yard line with 7:49 left in the first half, Bucs’ quarterback Jameis Winston was pressured and tried to escape the pocket when he was corralled by Jags’ defensive end Dante Fowler Jr. and defensive tackle Sheldon Day.

Winston lobbed the ball in the air into the endzone where Jaguars’ safety Barry Church caught it for an interception.

During Winston’s movement, Fowler Jr. was pulling him back, stopping his forward progress. While falling back, the Bucs’ franchise signal caller slung the ill-advised pass in the air for the interception. With player safety in mind, Blakeman signaled that Winston was “down by contact,” making it a dead ball because there was forward progress made by Winston.

Since the play was “not reviewable,” it could not be challenged. It was evident that Fowler Jr. was moving Winston backward.

Blakeman and his crew are ready to go. 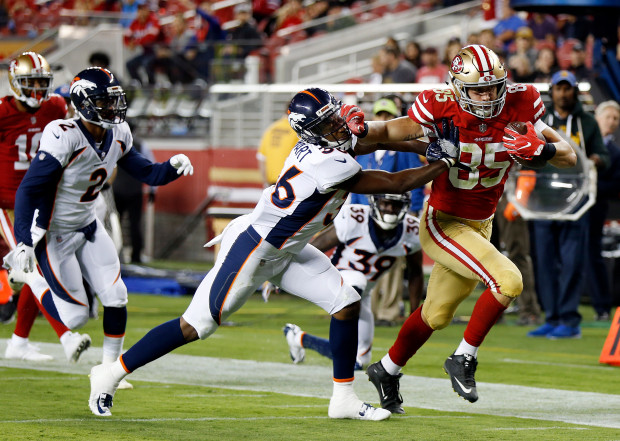 Morelli and the gang strike again!

At the start of the third quarter with 13:57 on the clock at the Broncos’ 29-yard line, 49ers quarterback C.J. Beathard rolled out of the pocket towards his left and threw to tight end George Kittle in the flat. Kittle stumbled down the field, but regained his momentum.

Broncos’ cornerback Chris Lewis-Harris tried to tackle Kittle. The 6-4, 245-pound tight end dump-trucked Lewis-Harris down the sideline and safety Orion Stewart attempted to push Kittle out of bounds. Kittle kept his left foot slightly in bounds before he marched into the endzone.

Line judge Tim Podraza tracked Kittle’s footing along the sideline, witnessed his left foot staying in bounds before stepping into the endzone and signed for the touchdown.

Replay demonstrated that a touch of green was showing between Kittle’s left foot and the sideline. The replay upheld the call.

Great calls were made across the league during the first two weeks of the preseason. Now, let’s end this report with Morelli chuckling on the mic in this matchup after five different fouls were flagged on one punt play with 57 seconds remaining in the same quarter.

The Combine Report: Preseason Week One - RC Talents Off To A Fast Start Previous post