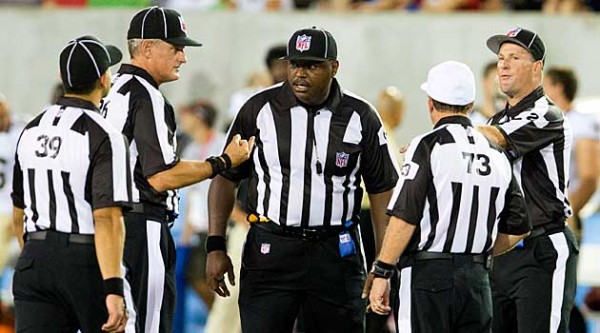 When building towards excellence, adversity will always surface. Self-inflicting or not, when an adversarial situation presents itself, how will these matters be handled? The NFL Caretakers face adversity each time they step onto the field. Therefore, what do NFL officials do when adverse circumstances appear to collapse their foundation of regulating games – they build off them.

The NFL Caretakers draw criticism during the third quarter of the season.

Seattle Seahawks cornerback Richard Sherman’s non-call of unnecessary roughness for drilling Buffalo Bills kicker Dan Carpenter after the whistle on a field goal attempt in Week 9. Green Bay Packers wide receiver Jordy Nelson’s weird, questionable touchdown after Washington Redskins cornerback Josh Norman battered the ball away before having complete control in Week 11 were among some of the challenges. 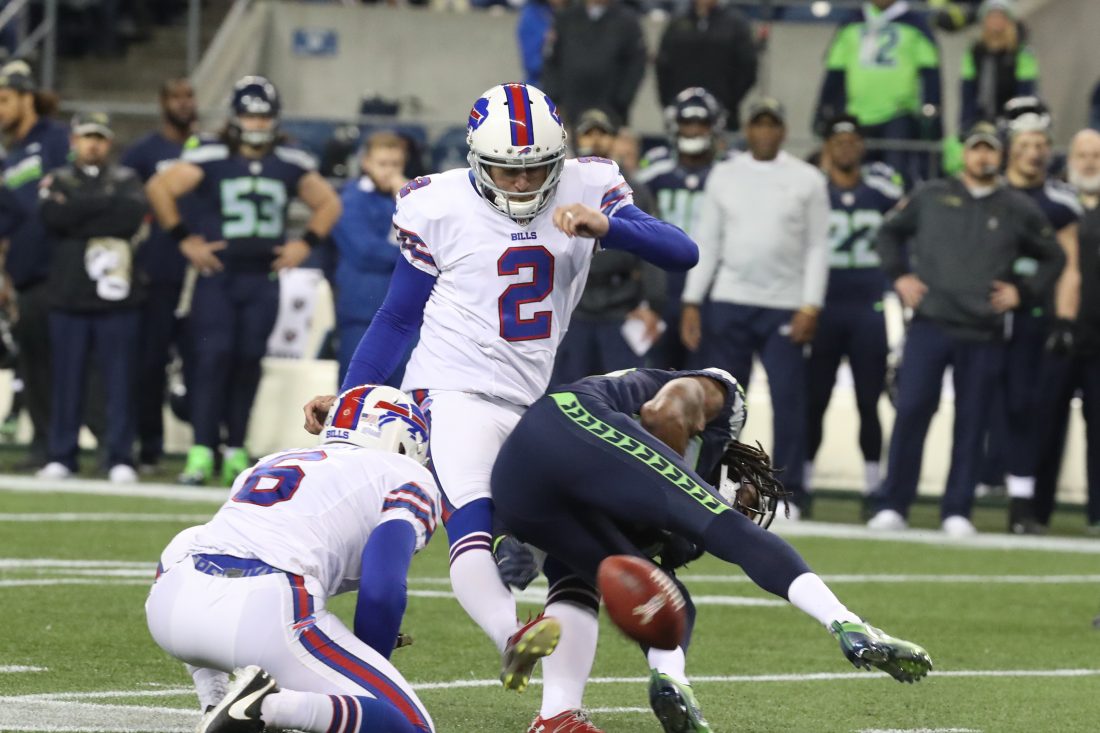 Sadly, like failing to execute on the field by players and coaches, human error is a part of the game.

To champion adversities better on the field of play, conversations of having an eighth official have increased. Employing the caretakers of the game full-time is ideal, however, majority of the NFL officials either are business owners or have stable careers. The reality of them walking away from their established lives is unrealistic.

In general, NFL officials are enforcing points of emphasis and the results of player ejections are proof of their concentration.

Triplette has led the way among NFL officials, accounting for five of the 10 ejections. Referee Bill Vinovich ejected two players, while John Hussey, Ed Hochuli and Gene Steratore sent one each to the shower early.

Referee Jeff Triplette, a  20-year veteran, is most noted for casting out Cleveland Browns center Cam Erving and Dallas Cowboys defensive tackle David Irving for fighting in Week 9, and the following week for ushering Tennessee Titans offensive tackle Taylor Lewan off the field after shoving back judge Steve Freeman.

Scoring touchdowns and making plays is a high for players. Instant replay is a major asset for the game, but nailing real time plays is an emotional high and confidence booster for officials.

And these NFL Caretakers were on the money for many outcomes.

Here are some of there highlights. 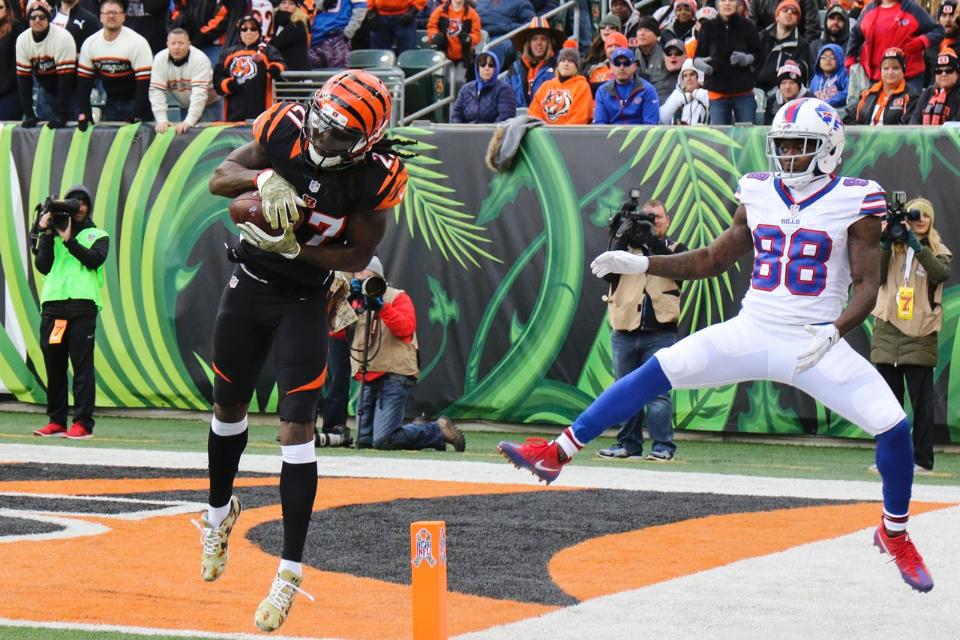 With :55 left in the first half, the Bills were driving. From the Bengals’ 22 on second-and-4, Bills quarterback Tyrod Taylor was pressured and scrambled to his right to target wide receiver Marquise Goodwin at the base corner pylon, but Bengals cornerback Dre Kirkpatrick quickly stepped into the route towards the sideline for the interception, while keeping his toes in bounds.

Solid job by field judge Rick Patterson of Terry McAulay’s crew of being on top of the bang-bang play.

Field judge Steve Zimmer of Craig Wrolstad’s grouping continues to be in the right place at the right time.

In this contested classic rivalry, the Cowboys were looking to strike with 1:53 left in the first half. On first-and-goal from the Redskins’ 10, Cowboys rookie quarterback Dak Prescott was flushed out the pocket and scrambled to his right. He saw wide receiver Terrance Williams fighting off Redskins cornerback Bashaud Breeland at the based corner pylon, and with a small open window.

Prescott rifled the pass to Williams. Williams caught the ball, and while falling out of bounds, he barely kept his toes in play within an inch from being out.

Zimmer was on top of the play, and as he leaned to verify the completion, the 20-year veteran official confidently signaled a touchdown. 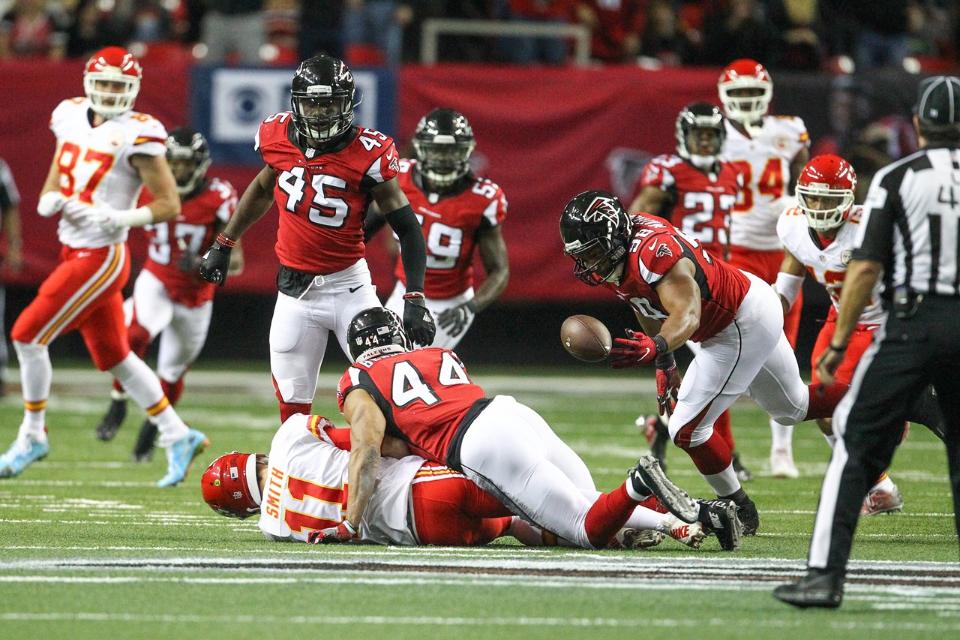 Apparently, umpire Jeff Rice truly gets into his work.

In the first quarter of one of the most exciting games of the season, the visiting Chiefs were looking to strike an early blow to the host Falcons. On third-and-3 with 3:07 left, Chiefs quarterback Alex Smith was under pressure and tried to escape when he got destroyed from the back by Falcons linebacker Vic Beasley causing him to fumble. Falcons defensive tackle Grady Jarrett pounced onto the loose ball.

To verify the recovery, Rice of Walt Coleman’s crew got into the mix by jumping into the pile, and when he reached the bottom, he turned up yelling, “red ball, red ball.”

Solid job by Rice as he takes the notion of getting the call right a step further.

The Steelers may have led the entire contest with the eventual win, but the Giants were constantly threaten. With 3:24 remaining in the third quarter at the Giants’ 39-yard line on second-and-4, Steelers quarterback Ben Roethlisberger was surrounded in the pocket and launched a short, high ball towards the left sideline on a come back route to wide receiver Antonio Brown.

Brown locked in on the ball and hauled it in with his left foot dragging while keeping his right foot in bounds. It appeared that Brown’s right foot was out of bounds, but side judge Tom Stephan recognized that an inch of green was displayed between the Pro Bowl receiver’s foot and white line.

With an assurance, Stephan ran up the sideline to signal the catch as “complete.” McAulay and his crew continues to roll. 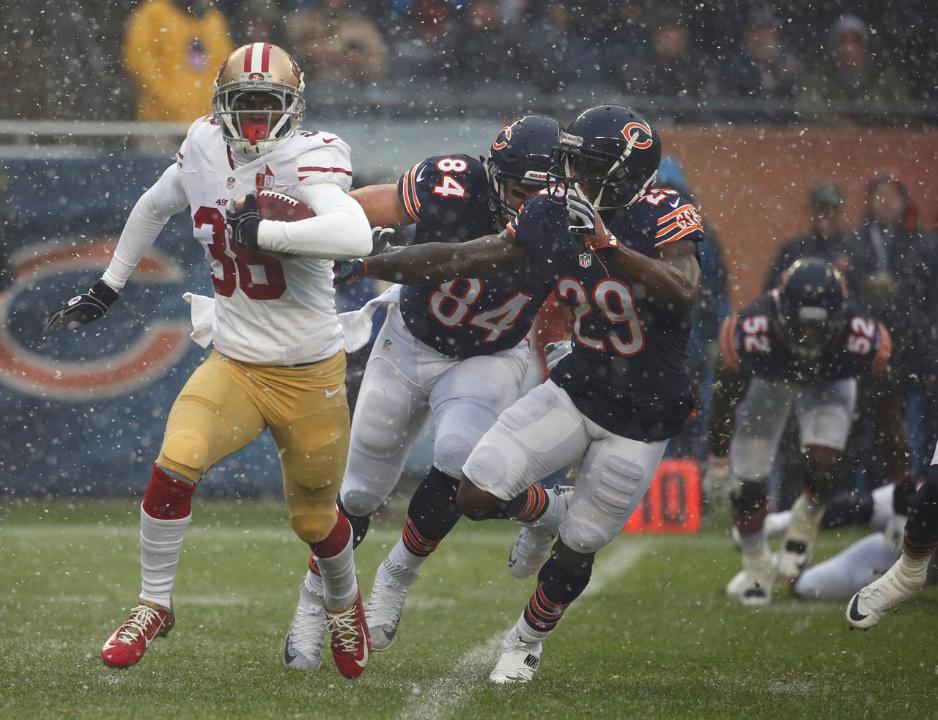 The Chicago winter snow did not give the 49ers a warm reception. In fact, the snow was not kind to either squad as the weather had a negative impact on the players’ performances. Except for side judge Boris Cheek of Pete Morelli’s crew as the snow could not weather away his judgement.

Early in the second quarter with 9:18 left, the Bears lined up for a punt. 49ers running back Shaun Draughn whipped through the line and blocked the punt. The ball floated in the air and landed in the hands of Niners cornerback Dontae Johnson at the Bears’ 24. Johnson returned the play towards the endzone by gliding up the sideline for the touchdown.

No whistles were blown and Cheek signaled that Johnson stepped out at the Bears’ 4-yard line. After replay, Johnson’s left foot slightly touch the chart of the sideline.

This NFL regular season is near its end, however, the discipline to stay sharp has not been so paramount this campaign until now.

And the disciplined individuals dawning the stripes will be fully prepared.