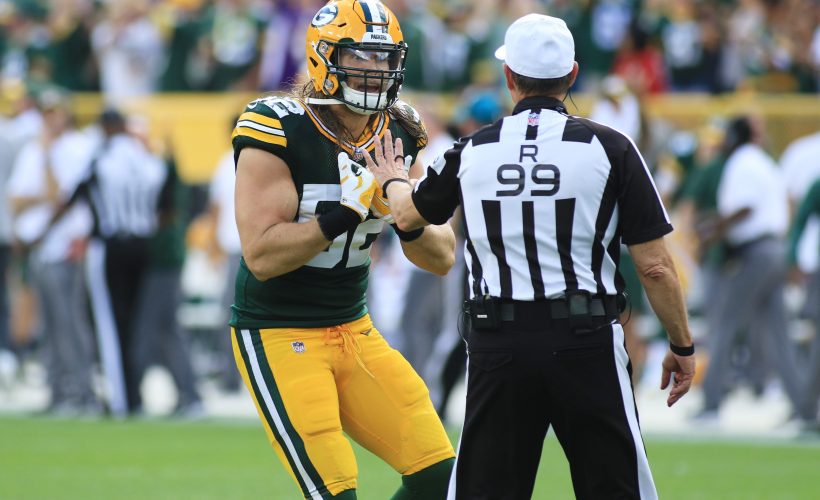 NFL Officials Monitoring The Points Of Emphasis Close And Appropriately

In a conference room at the lower level of the NFL front office, coaches and team personnel agreed on how they want the game to be officiated. The players were engaged and looked forward to the league’s new direction – until a flag was thrown.

To protect players from unnecessary risk in the game, each year Points of Emphasis are established to make sure the game progresses without compromising competitive equity.

The new catch-no catch rule and the new kickoff rule were thought to be the most difficult to judge as we entered this year’s campaign because of controversies during the past few years. It appears, however, that catching the ball is clearly understood across the board. Kickoffs are just as exciting while reducing risks to the players. 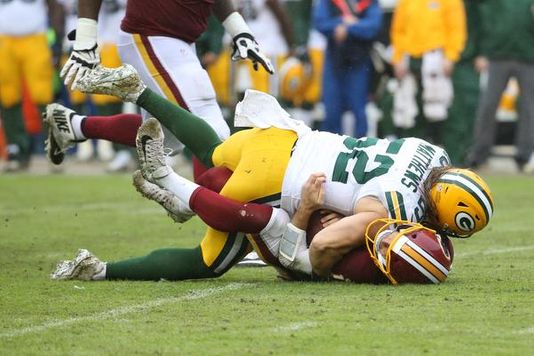 Although those rules are not a part of the Points of Emphasis, Body Weight on the Quarterback (roughing the passer)seems to be drawing the most ire from players and  media members who refuse to embrace the direction the Shield is moving towards.

Contrary to popular opinion, NFL officials have been emphasizing the protocols of the league’s focus on player protection.

Through the first 33 games during the preseason, 51 flags were thrown for violating the league’s use of the helmet – seven of those were from offensive players. In terms of the Body Weight On Quarterback emphasis or roughing the passer infraction, the first four weeks of the regular season was clouded by  34 flags hitting the turf, .double the amount flagged at this point of the season last year.

NFL senior vice president of officiating Al Riveron stressed to the NFL officials throughout the Officiating Clinic, in regards of Body Weight On Quarterback, to “flag every time when a defender lands with all or most of their body weight on a quarterback. We (NFL) never shy away from safety and say we can’t officiate it (rules). Player safety is number one, number one, number one.”

The NFL competition committee released a video publicly and to all the clubs clarifying legal and illegal hits against the quarterback. “To ensure consistency in officiating the rule, the committee clarified techniques that constitute a foul,” stated NFL executive vice president of football operations Troy Vincent.

“I don’t know if that statement really expresses how they’re going to call it moving forward,” said Matthews. “I’m sure what many, if not all of NFL fans and players, are hoping is that they’re not changing the rule but much like the helmet rule we saw in the preseason, it’ll change.

Clearly, cultural change in the NFL from the techniques that pose high risk of injury continues to evolve. And while a few dig in their cleats against these common sense changes, the game is trending toward higher ratings and the players, coaches and officials are adjusting as evidenced by the decline in these serious penalties .

Dating back to Week Three of the preseason, helmet to helmet infractions dropped from 27 to nine. Through the first four weeks of the regular season, this infraction was flagged only four times. As for the roughing the passer, in Week Four, the penalty was flagged only two times.

No one’s whining about that.

The NFL Caretakers are rolling and on top of their j.o.b. as they have the stats and highlights to prove it. 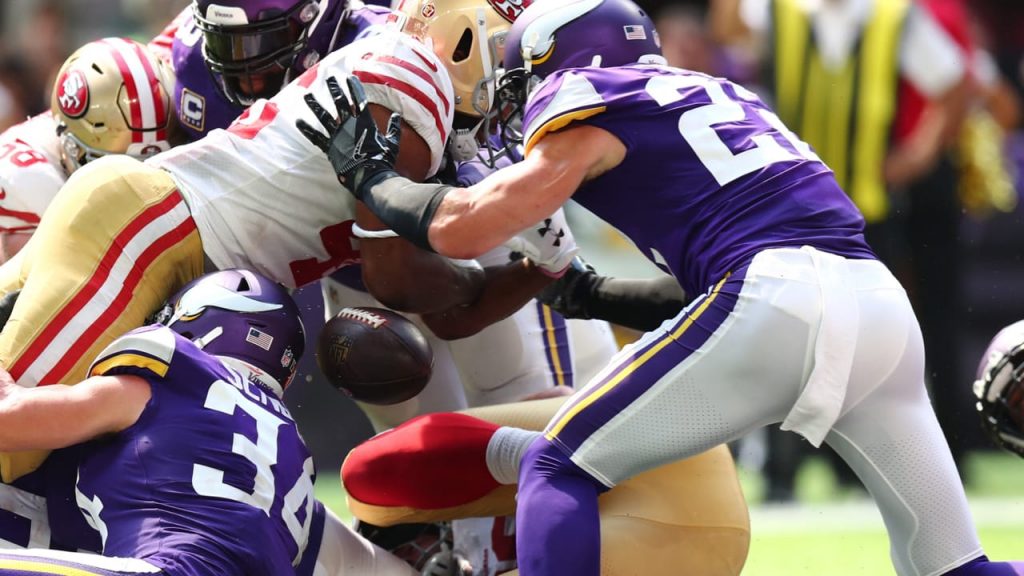 Clay Martin and his crew kicked things off for the 2018 season in this contest.

The 49ers faced second-and-goal from the Vikings’ 1-yard line with 2:30 remaining in the first half. 49ers running back Alfred Morris took the handoff, looked for a gap and lunged into the pile. Morris lost control of the ball and fumbled. Side judge Brad Freeman and umpire Fred Bryan got on top of the pile. Shortly after, Freeman and Martin signaled turnover, Vikings ball.

Great way to get into the mix guys.

With 11:18 remaining in the contest, Broncos faced first-and-goal from the Seahawks’ 4-yard line. Broncos quarterback Case Keenam was in shotgun formation and rolled to his right. While scrambling, Keenam found wide receiver Demaryius Thomas cutting to the post in the endzone.

Keenam threw a bullet and Thomas caught the pass while falling out of bounds. Thomas held the ball up showing he caught the pass. Line judge Brian Bolinger signaled incomplete, however field judge Steve Zimmer came over to Bolinger to discuss the play.

After a quick discussion, the crew ruled a completed catch and touchdown.

On the play, Thomas made an out-cut in the endzone near the post to come back to the ball. Keenam rifled the ball, and while being covered by defensive backs Shaquill Griffin and Bradley McDougald, Thomas secure the ball simultaneously with his left foot planted and right toe in the endzone.

Upon further review, the call on the field was confirmed by referee Brad Allen. 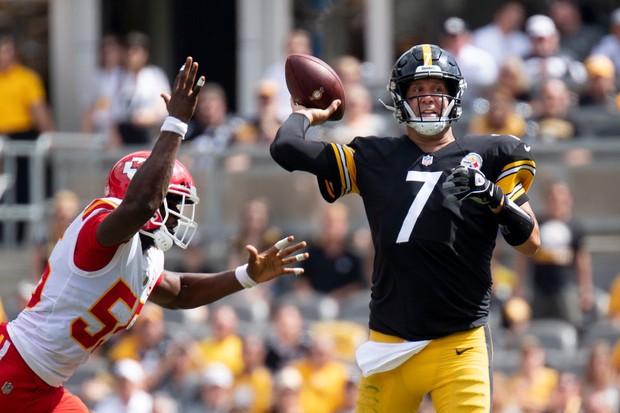 The Steelers were trailing early in this contest. With :24 seconds left in the first half, the Steelers had third-and-10 from the Chiefs’ 14 yard line. Quarterback Ben Roethlisberger received the snap from shotgun and looked for an open man. He stepped up into the pocket and took off to avoid a sack.

While having Chiefs defensive tackle Allen Bailey breathing down his back, Roethlisberger knew he was close to the line of scrimmage and slowed up to monitor his footing. he quickly tossed a short pass to wide receiver James Washington before stepping across the line of scrimmage.

The play resulted in a touchdown.

Members of Jerome Boger‘s crew–umpire Bill Schuster and down judge Mike Carr–trailed and monitored Roethlisberger’s footing and noticed he was slightly behind the line of scrimmage when he released the ball.

Replay confirmed the sequence. The first quarter of the season is in the books.

Week Five RC Spotlight - Will DE Efe Obada Get To The Quarterback Again? Next post