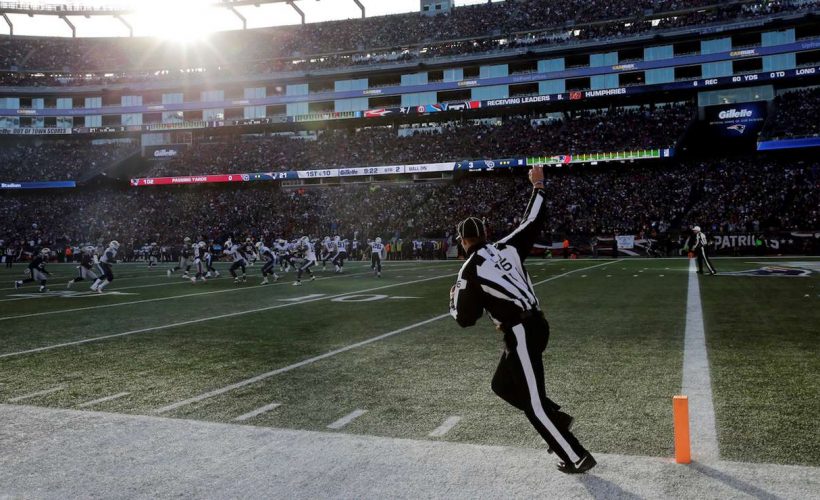 The Best NFL Officiating Highlights During The Midseason

The speed of the game in the NFL can play tricks on the eyes. In the blink of an eye, a questionable call can be costly for a team. This is why the NFL Caretakers‘ training is so intense.

The year-round physical training and nutrition, weekly tests, meetings and the countless amount of time in film study is needed for three hours of action each week. Clearly, the rigors and detail of officiating are not for everyone. The NFL officials are equipped to keep the game in bounds and do exactly what NFL senior vice president of officiating Al Riveron expects them to do, “Call what you see.” 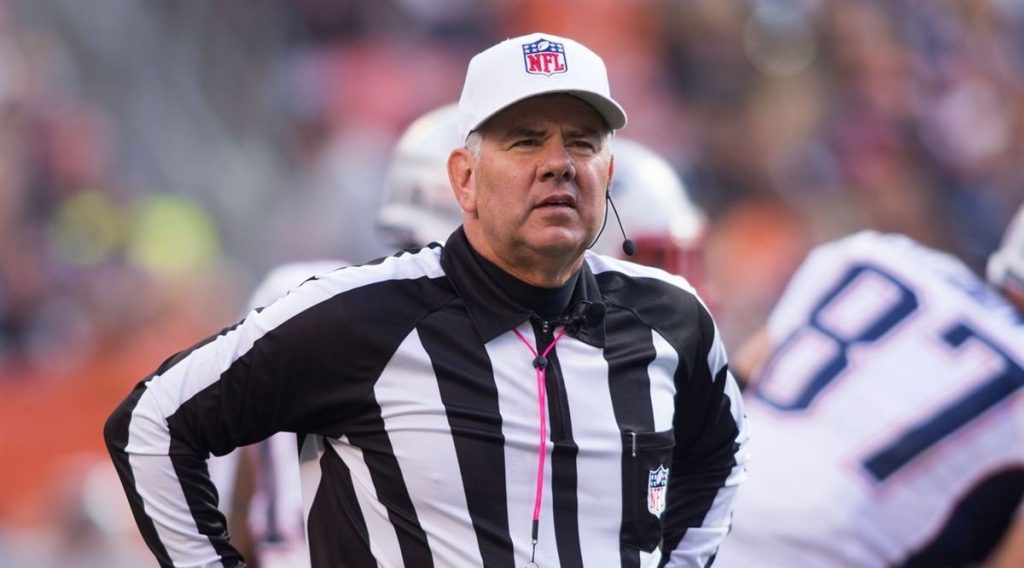 “It’s all about communication, consistency and being at the right place at the right time,” stated Riveron at the 2018 NFL Officiating Clinic in Dallas.

Knowing every detail of the NFL rules without second guessing and being at the right angle with great peripheral vision is all about the hustle of NFL officials in keeping pace with world class athletes.

And the following highlights the fruit of all the preparation of just flagging what is seen.

Shawn Hochuli and crew put in work this day. 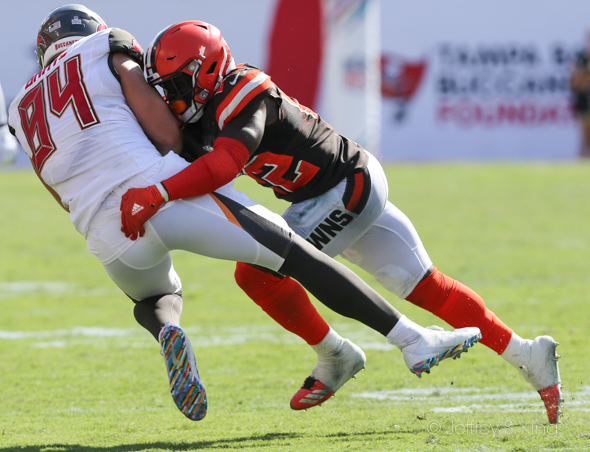 The Browns faced a fourth-and-2 from the Bucs’ 11-yard line with :26 seconds left in the first half. Browns rookie quarterback Baker Mayfield was flushed out the pocket by Bucs’ linebacker Kwon Alexander. Mayfield scrambled to his left with a clear lane towards the first down marker.

While sprinting towards first down, Bucs linebacker Lavonte David attempted to bring Mayfield down, but he stripped the ball.

Down judge Ed Camp immediately blew his whistle and signed first down Bucs.

Replay showed Mayfield’s right foot across the first down marker, however, the ball did not, and when it landed, it bounced backward. It was a turnover on downs, Bucs’ ball – and a great call.

Wait, there is more.

With :51 remaining in regulation on first-and-10 from the Browns’ 35-yard line, Bucs quarterback Jameis Winston threw a short pass over the middle to tight end Cameron Brate. Brate took a devastating hit from Browns cornerback Jabrill Peppers, rolled over with the ball in his left hand halfway out for an 11-yard catch.

Replay detailed Brate maintaining control despite the ball being halfway out after taking a hard hit. 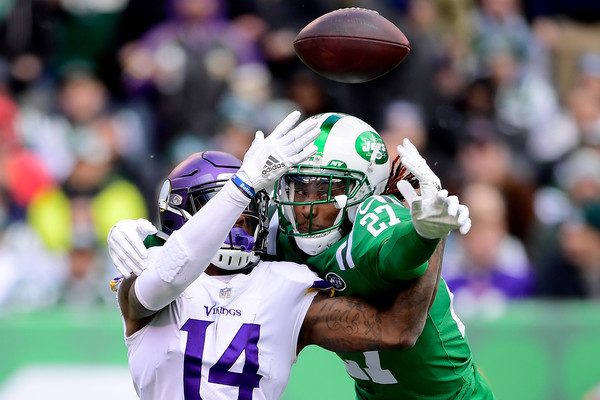 In the second quarter with 1:32 on the clock from the Jets’ 31-yard line, Vikings quarterback Kirk Cousins lined up in shotgun formation where he received the snap. Cousins threw a short pass over the middle to wide receiver Stefon Diggs. Diggs caught the ball while falling forward.

It appeared that Diggs dropped the ball, but the ruling on the field was a complete catch.

Side judge James Coleman, from Shawn Smith’s crew, noticed that Diggs had his left hand, better yet, left knuckles underneath the ball and his helmet pressed against the ball with complete control, despite the ball sliding forward on the ground.

The ruling was upheld and the call stood on the field. That was strong. 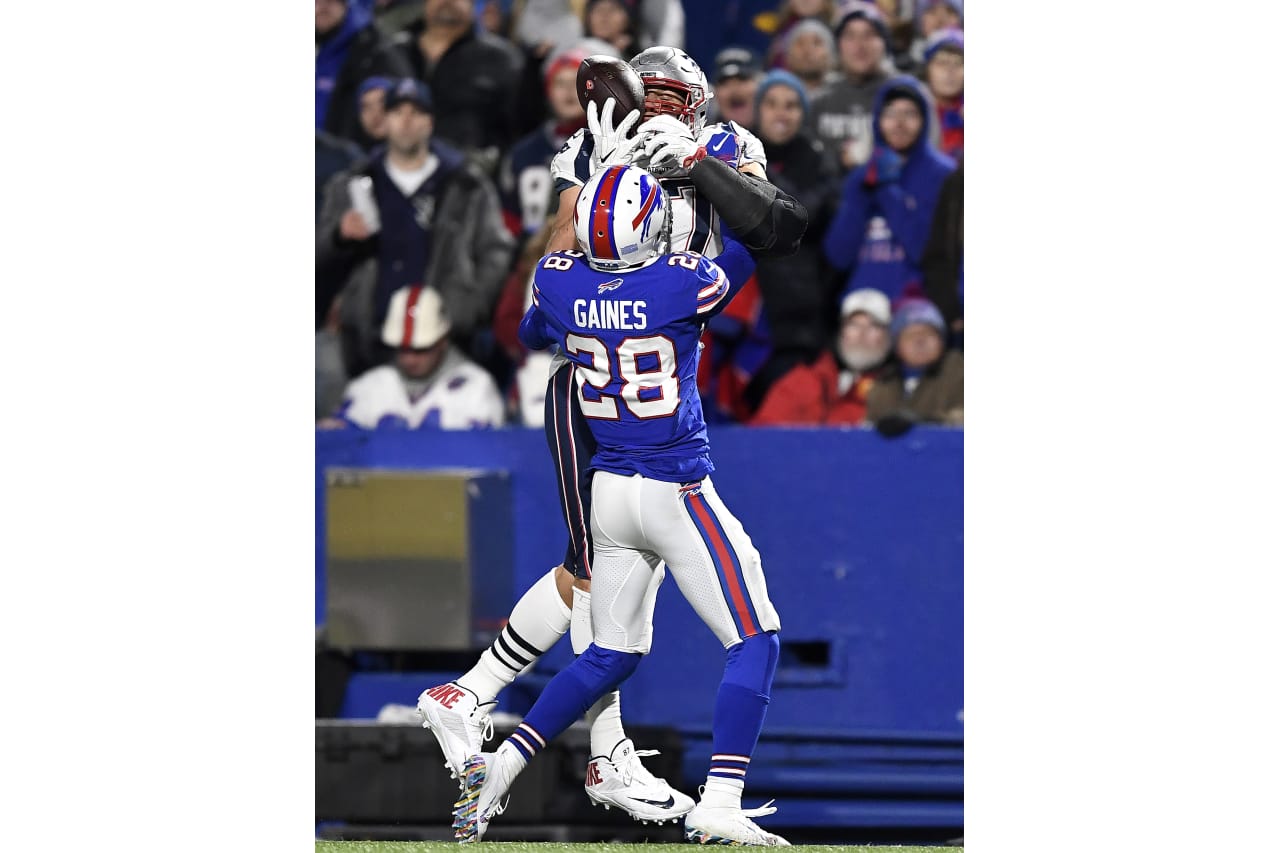 Chalk this up as great awareness.

In the third quarter with 2:55 remaining from the Bills’ 29-yard line, the Patriots faced a first-and-10. Patriots quarterback Tom Brady threw the ball from shotgun formation deep down the left side of the field. Patriots tight end Rob Gronkowski caught the pass over Bills safety Phillip Gaines down the sideline for a 21-pass completion.

The Bills decided to challenge the call by side judge Jonah Monroe of Jerome Boger‘s crew.

Replay showed that while Gronkowski was fielding the ball over Gaines, the ball bounced up, Gronkowski quickly secured the ball when the left foot was down, took one step with the right foot in bounds before slightly stepping with the left foot again at the edge of the line.

Monroe trailed the play witnessing the catch process being followed all the way through. The play was upheld and the ruling on the field stood. 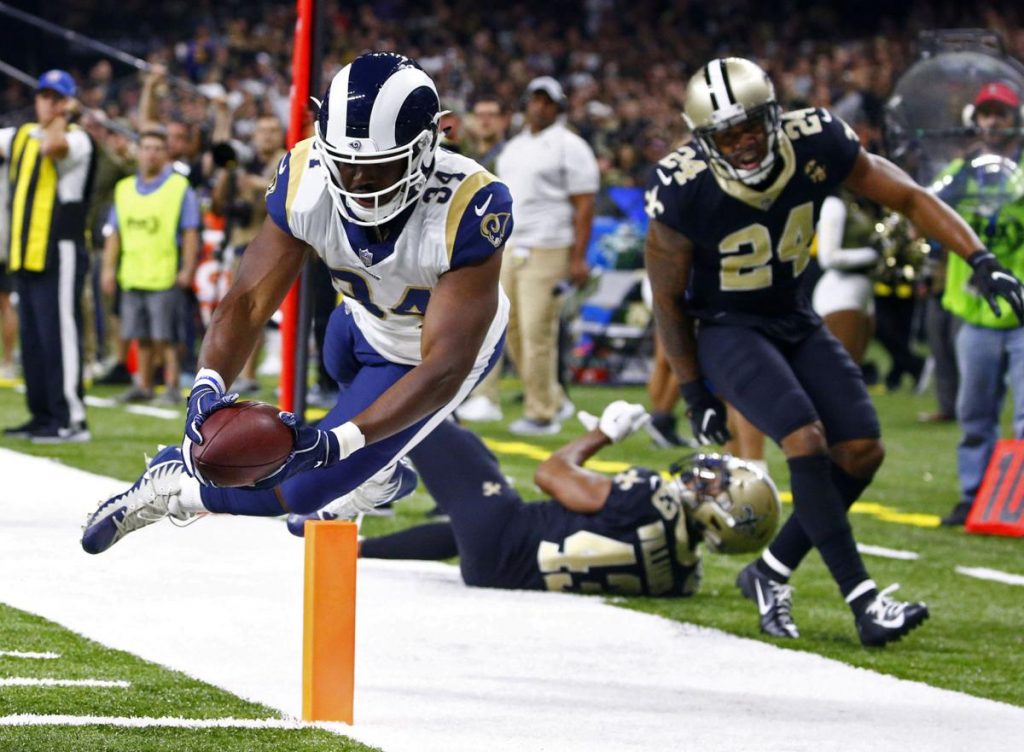 This play was exciting, and solid team work for the call.

With 9:48 left in the third quarter, the Rams faced a third-and-8 from the Saints’ 18-yard line. Rams quarterback Jared Goff received the ball from shotgun formation, but had to scramble to avoid the pressure. He spotted running back Malcolm Brown tin the left flat and threw the ball to him .

Brown took off up the sideline. Two Saints defenders were in front of Brown. Brown side stepped with his right leg and leaped over Saints safety Marcus Williams and landed past safety Vonn Bell, taking another step before diving for the pylon.

Line judge Mark Perlman of Bill Vinovich stood by the Saints’ 5-yard line as the spot, but he did not blow the whistle. Field judge Mearl Robinson immediately pointed to the spot where Brown last stepped and signaled a touchdown.

Replay displayed that when Brown side stepped to leap over Williams, his right foot landed in bounds inside the 3-yard line and his left foot in bounds at the 2-yard line as he drove towards the pylon, extending the ball in the endzone before landing out of bounds.

Replay confirmed the call on the field was a touchdown.

Jerimiah Spicer - Not Waiting, But Playing For The Manifestation Next post