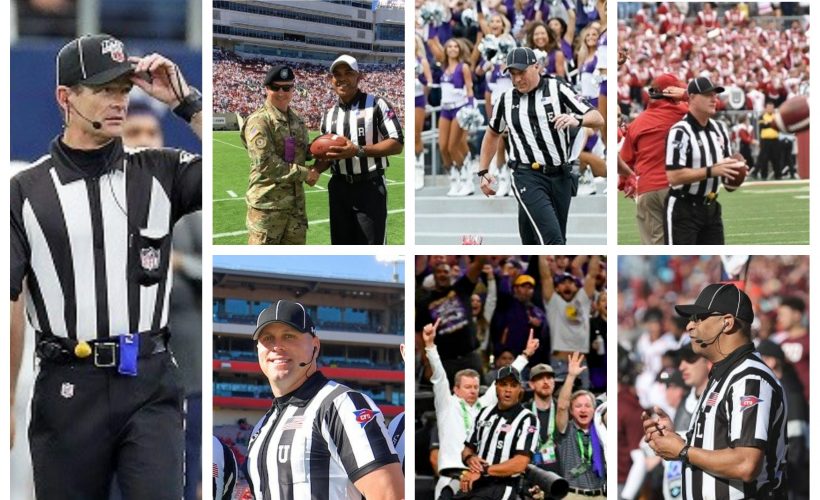 Not only did NFL teams expand their roster, the NFL Caretakers made additions to their crew as well.

Clark spent the last two seasons as a field judge. The former Pac-12 referee earned a taste of being a referee in the preseason last year as part of the NFL’s officiating process to identify candidates for the position.

All six were a part of the NFL Officiating Development Program. Blubaugh and Reynard worked as side judges, while Blake and Slaughter, son of former NFL head linesman and current NFL officiating supervisor Gary Slaughter, focused on umpire duties.

Blake and Reynard will work as Side Judges, Blubaugh will be a Field Judge, Dolce is now Line Judge, LeBlanc will line up as a Down Judge, which Slaughter will perform as an Umpire.

All six of the new hires officiated in big conferences. Blubaugh, LeBlanc and Slaughter all worked in the BIG 12, while Blake ventured through the ACC, Dolce officiated in the Big Ten and Reynard was rolling in the PAC-12.

Due to the coronavirus pandemic, the traditional meeting of the NFL Officiating Mini-Clinic may not happen with all the NFL officials in-person.

However, the NFL Caretakers will be able to communicate the information they need and are optimistic about gathering in Dallas for the annual NFL Officiating Clinic in July.

Until then, the new six hires will have to wait to reunite with the rest of the NFL Caretakers, and be the butt of all the jokes.