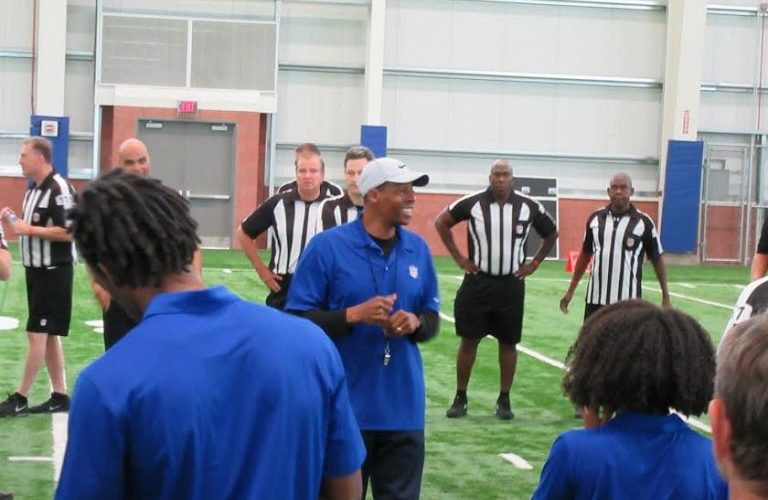 EAST RUTHERFORD, NJ – The NFL rule book is massive with instructions of do’s and don’t’s, almost biblical in a sense. Knowing the what to do and enforcing the league’s boundaries is half the battle. Unlike the bible where a spiritual aspect is needed to execute its purpose, enforcing the NFL rules can be more of a challenge, physically.

This is why the NFL Football Officiating Mini-Clinic is imperative for the NFL Caretakers.

“Man, it takes a lot to be in shape, just to keep those guys (NFL players) in check (laughter). Boy, I tell you,” said one veteran officials during his workout session at the New York Giants Quest Diagnostics Training Center.

The NFL had their fourth installment of the officiating mini-clinic Saturday and Sunday. Accompanied with their personal work regiment, the NFL officials came into their sessions motivated with excitement. Fortunately, their self-preparation was for their benefit because – their exercises went fast as they hit the ground running. 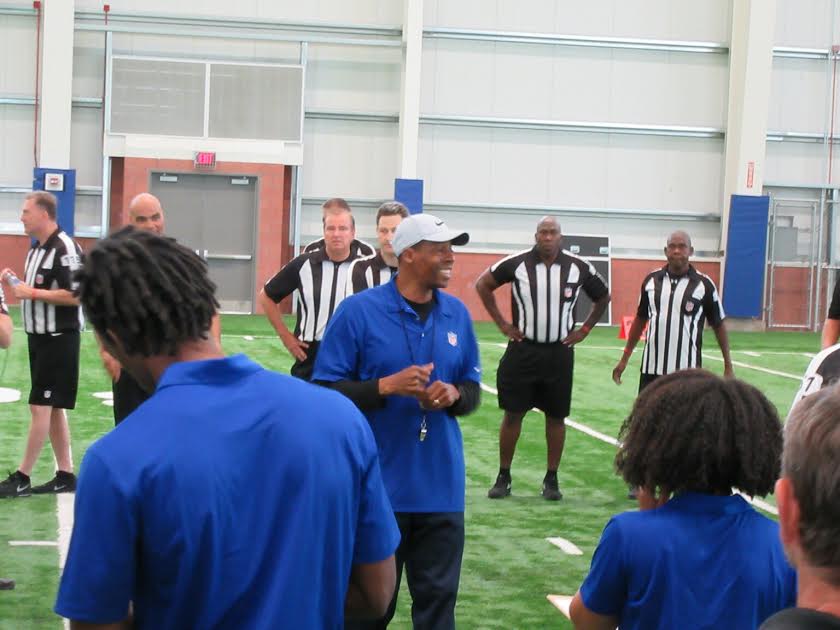 Carlisle has been a physical trainer for over 20 years, spanning his talents from the San Francisco 49ers as the head strength and conditioning coach to founding Lightning Fast Training System, LLC. Carlisle was introduced to the NFL Caretakers four years ago. NFL Football Operations has expanded Carlisle’s role as they embraced his techniques and training program, and the officials feel a physical difference.

“After games, I was like, man it’s rough, but I love it. This stuff (mini-clinic) really helps,” stated one veteran NFL referee.

The officials were broken down into four groups, according to their titles. Nutrition and mental preparation is a key factor for their discipline, which was detailed from the beginning of the sessions with tests and interaction.

The goal for the clinics is to not only introduce new methods of workouts to stay in shape, but to install practices and enhance strategies to limit physical exhaustion during and after contests. 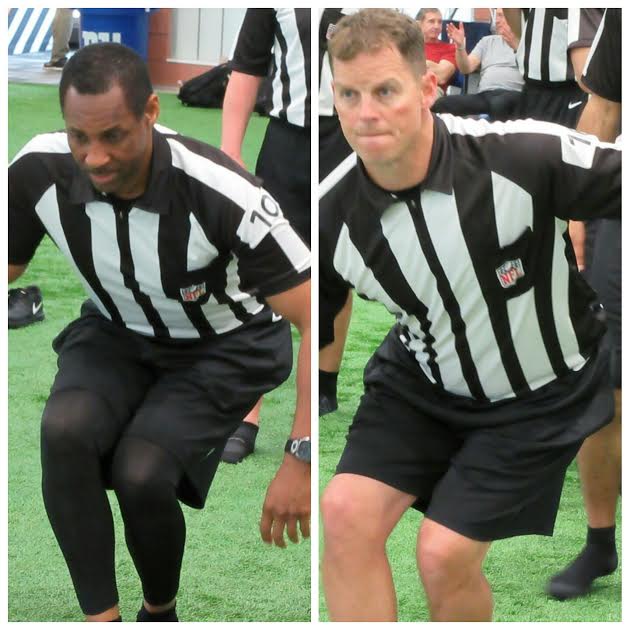 To tackle that approach is by maximizing efforts with less and proper movement. The brisk drills the officials had to exert were ankle mobility, deep squats, push-ups, T-tests and 40-35 yard sprints.

Ankle mobility helps to use ankles properly to reduce weight on the knees for complete body control.

Deep squats builds strength in the legs, taking pressure off the hips, while push-ups strengthen the upper body.

The T-tests are essential for the officials as they must know how to move with the fast and furiousness of the NFL players. Sliding, stop-start-go and shuffling at different speeds was a primary target during the sessions.

And the NFL referees had tons of fun encouraging, and laughing at each other while executing their assignments.

Coleman has been officiating for nearly 30 years, since 1989, and is light on his feet as he back pedalled briskly on his toes.

One of the younger officials, however, fell backwards during the T-test, and like all concerning colleagues would do, they erupted the facility with laughter. 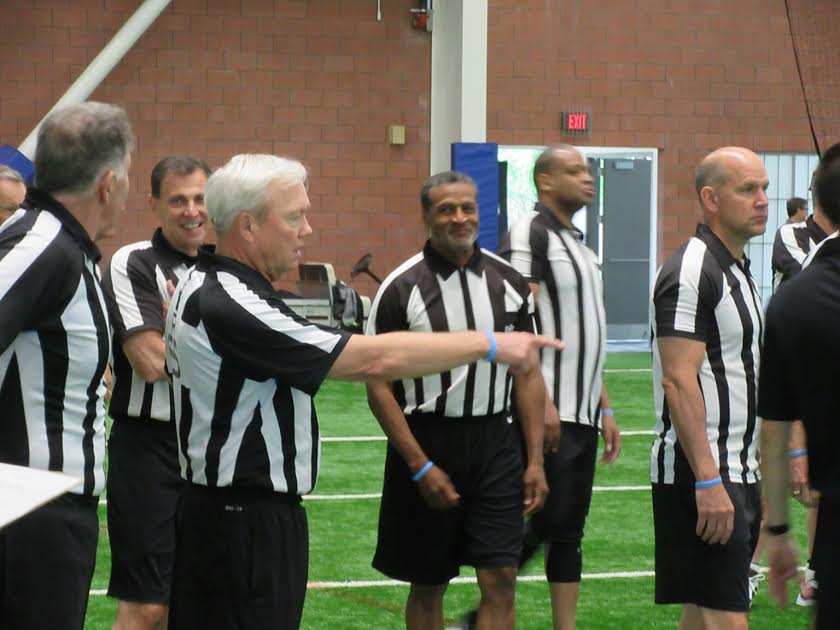 “You got to pace yourself, man,” shout one caretaker.

Clearly, rules are needed to bring stability for any thing in life. In terms of officiating, the officials can not enforce the rules on the field without proper physical training. If their mobility, stamina and other physical techniques are used improperly, the players’ safety will be in jeopardy unnecessarily, and the officiating occupation will be a revolving door for replacements due to major injuries.

Not to worry. Carlisle and the NFL Caretakers will not let that happen.

The Combine Report: 2017 RC Class Is 39 Strong In The NFL Previous post