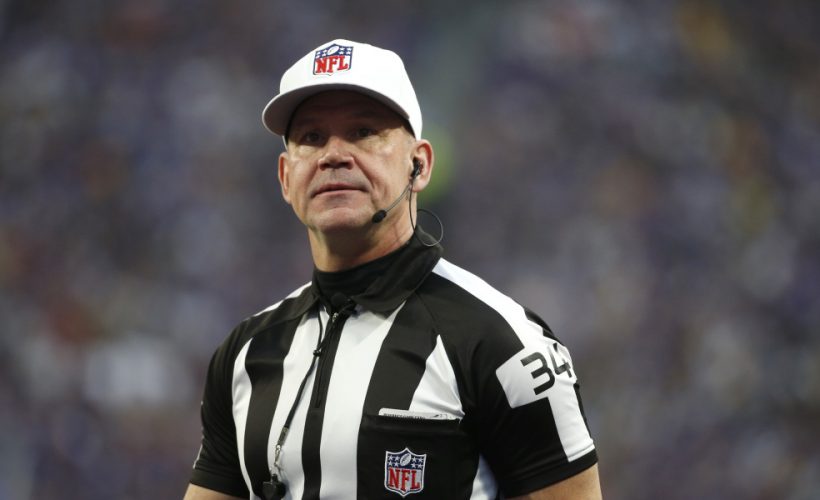 NFL Caretakers: Being Steadfast, Finishing Strong The Midst Of Challenges

Perfection is the unrealistic endeavor individuals constantly attempt to achieve. Though it is clearly understood that perfection is unachieveable, spectators still expect that from other professions. In the world of football, the expectancy for perfect execution is not questioned – unless they are wearing black and white stripes.

The NFL Caretakers are essential for the game of football because they have to keep the game in bounds by managing the game, the players and coaches, who constantly challenge the bylaws of the league.

The job of the NFL officials is to not be perfect, but be consistent in their collective efforts and stay steadfast. 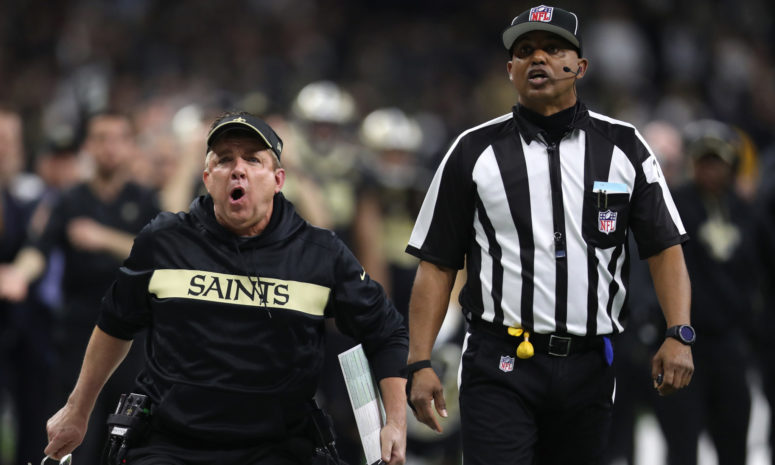 Did the NFL officials have their challenges this season? Absolutely, which is no different from any pairing involved with the NFL.

Now, were the NFL Caretakers consistent in their procedures throughout the 2018 NFL campaign? Definitely.

Managing a contest correctly is one component of officiating, however, great officiating has a pulse for the competitive teams.

If one team is physical and the other relies on finesse, the aggressor will command the outcome. If one contest is fueled by offensive powers and another game is expected to be a heavyweight slugfest, those matchups will be officiated accordingly.

A team’s identity defines what they are and the NFL officials do not want to disrupt the chemistry. What NFL officiating has demonstrated over the years is that the best approach is to be fair, but keep each contest in check. 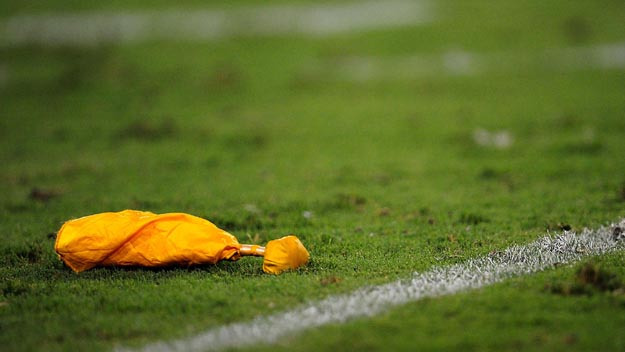 These numbers speak clearly of the consistency and steadiness of the NFL Caretakers for the past couple of years.

Unfortunately, the 2018 NFL officiating season will be remembered by the non-call in the NFC Championship game between the New Orleans Saints and Los Angeles Rams.

Rams cornerback Nickell Robey-Coleman tattooed Saints wide receiver Tommy Lee Lewis before the receiver made a play for the ball. No penalty was called, which ultimately altered the title game for the chance of a Super Bowl appearance. Robey-Coleman was later fined for an illegal hit on Lewis.

Obviously, pass interference or illegal contact should been flagged, which was admitted by NFL senior vice president of officiating Al Riveron and NFL commissioner Roger Goddell.

“It’s a play that should be called,” stated Goodell. “We’re going to make sure that we do everything possible to address the issues going forward and see if there are improvements we can make with instant replay or anything else. I understand the emotions.” 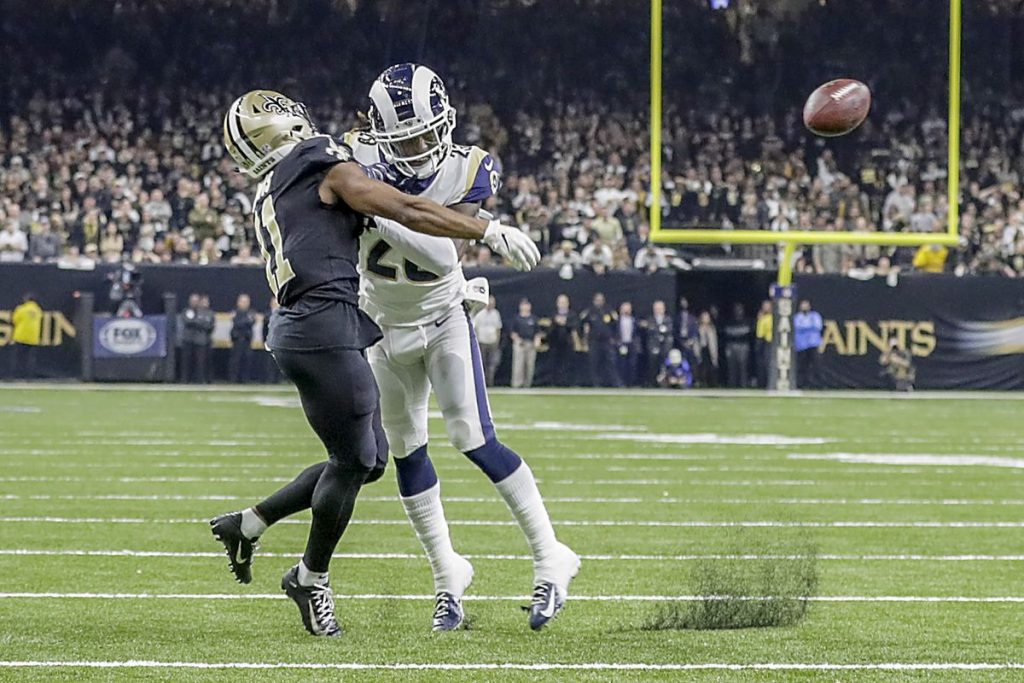 But in fairness, both secondaries in the contest were physical with close calls throughout the showdown as the officiating allowed the testy play.

The Saints had their chances to put the game away early, and there is no guarantee that Saints kicker Wil Lutz would have made the pressure field goal attempt to win the game.

Shifting blame and what shoulda, coulda and woulda does not help or solve anything. When players and coaches have miscues, accepting responsibility does not come easy. NFL Football Operations normally addresses their faults immediately and will take action without compromising the process.

The NFL fired down judge Hugo Cruz after Week Six due to performance reasons. It was the first time the league fired an official in-season during the Super Bowl era.

Despite the league-wide controversy that was bestowed onto the NFL Caretakers, they were steadfast, stayed focused and finished strong.

And here are some highlights which showcase the skill set of some of the best officials to ever do it. 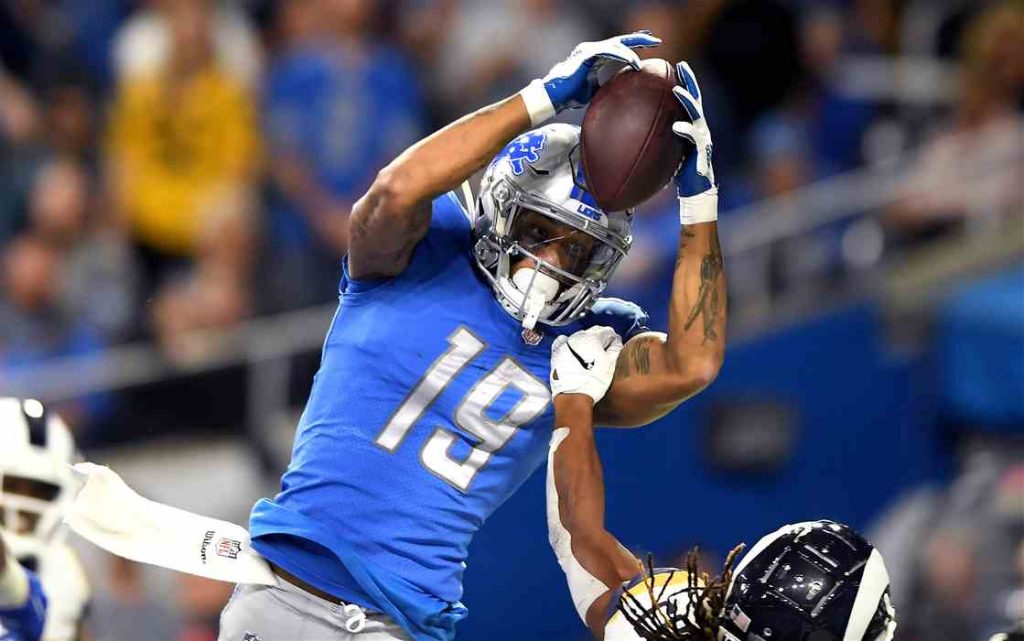 Late in the contest with 3:07 remaining in the game, the Lions were facing third-and-12 from the Rams 17-yard line. Lions quarterback Matthew Stafford received the ball from shotgun formation and immediately was under intense pressure from up the middle. Stafford narrowly escaped the pressure and rolled to his right to run into the pocket.

Stafford, then, tossed a deep pass over the middle to wide receiver Kenny Golladay. Golladay leapt high for a remarkable grab over safety Marqui Christian at the back of the endzone before going out of bounds. It clearly looked like a beautiful touchdown catch.

But not to back judge Perry Paganelli of John Parry‘s crew.

Paganelli quickly ruled the pass incomplete. Replay displayed that Golladay soared high for the ball and controlled the pass, however, when he was coming down the top part of his left foot was out of bounds.

What made this a great call by Paganelli was that when Christian was falling down at the back of the endzone, he shielded Paganelli’s sight from the play. Paganelli recognized the controlled catch, concentrated on Golladay’s feet and identified the left foot landing out of bound on a bang-bang play.

With the NFC East Division on the line, the Eagles and Cowboys were battling. In the fourth quarter with 2:00 remaining, Eagles quarterback Carson Wentz was in shotgun formation when he received the snap from the Cowboys’ 44-yard line on second-and-1. Wentz faked the handoff and threw deep down the left side of the field to Eagles wide receiver Nelson Agholor.

Agholor caught the pass over Cowboys cornerback Byron Jones while falling backwards out of bounds.

Side judge Dyrol Prioleau of Clete Blakeman‘s crew trailed the play accordingly and ruled the play a complete catch.

Replay displayed that while Agholor turned his body to secure the catch, his left foot was on the turf. Now, while falling back, his right foot was still in the air, but before he hit the ground out of bounds, his right heel tapped the field in bounds.

Prioleau recognized that Agholor established control of the ball and followed through to see both feet landing in bounds. 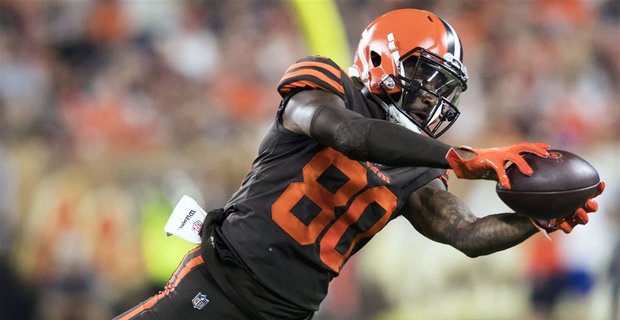 With 8:12 remaining in regulation on third-and-19 from the Bengals’ 27-yard line, Browns rookie quarterback Baker Mayfield was in shotgun formation, but was flushed out the pocket after receiving the ball from snap. Under pressure, Mayfield scrambled to avoid a sack and on the run, he rifled a 14-yard pass to wide receiver Jarvis Landry at the left side of the field.

Landry snatched the ball out the air with Bengals cornerback William Jackson draped over his back before falling out of bounds. Side judge Ryan Dickson and down judge Patrick Turner of Tony Corrente’s crew conferred the play and ruled the pass complete.

Replay showed that when Landry caught the ball, his right foot was down, but the left foot was still in the air. However, he got his toes down slightly before he went out of bounds.

Great team work which led to a great call on the field.

Parry and his decorated crew had 80 postseason games of experience, including five Super Bowl appearances. This crew called one of the best Super Bowl’s in league history, and this play has the evidence that proves this notion.

In a highly contested title game, the Los Angeles Rams needed a huge play. On second-and-5 with 9:48 remaining in the first half from their 33-yard line, Rams quarterback Jared Goff took the ball from center and faked a hand off to running back C. J. Anderson.

Goff dropped back and threw deep down the left side of the field to wide receiver Robert Woods.

Woods caught the pass at full extension over Patriots cornerback Jonathan Jones while falling out of bounds. Line judge Jeff Bergman went to verify the spot and ruled a completed catch.

When Woods caught the pass, he was dragging his left foot on the ground, lifted it up and brought his right foot down and dragged it out of bounds.

Such a great call on a bang-bang play that was not disputed. 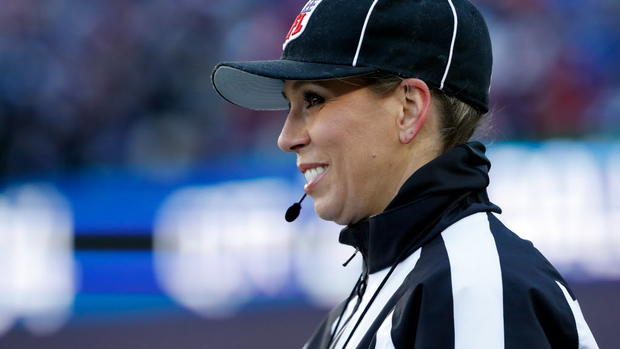 Two officiating legends in Pete Morelli and Walt Coleman have retired. Morelli was on NFL fields for 22 years, and Anderson wore the black and white stripes for 30 seasons.

Morelli and Coleman helped to set a high standard in NFL officiating and their legacy will forever be cemented. True living legends.

Down judge Sarah Thomas became the first female to officiate a postseason game in the NFL. Thomas was a part of the Ron Torbert‘s crew officiating the AFC Divisional Round matchup between the New England Patriots and Los Angeles Chargers.

LockerTalk Podcast: NFL Regional Combine Invitational - Its Breakdown, How To Approach The Workout Next post