NBA Eastern Conference Playoffs: Game 4 Hawks/Nets Preview – Will There Be A Game 6?

Game 4 at the Barclays Center in Brooklyn, New York, between the Atlanta Hawks and Brooklyn Nets, will determine if the first round series will be extended to six games, giving an otherwise underachieving Nets team the momentum they need to steal the series from the Eastern Conference top-seeded Hawks.

That milestone has happened only twice when the New York Knicks defeating the Miami Heat, 3-2, in 1999 and, most recently in 2012, the Philadelphia 76ers defeated the Chicago Bulls, 4-2.

The keys to Hawks’ previous victories in this first round have been fast starts and hot shooting from forwards Kyle Korver and Al Horford. Their early success in games 1 and 2 created an up tempo pace the fatigued Nets were unable to sustain. 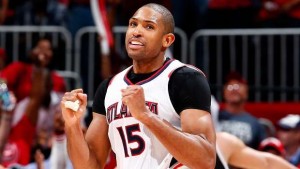 The Hawks were able to spread the ball around and score uncontested shots in transition. While the Nets were able to keep Games 1 and 2 close, they did not have the stamina to fight from double digit leads and score key baskets that could have shifted momentum in those contests.

A different Nets team took the floor at the Barclays Center. The Nets came out focused, full of energy and they took control of the game from the outset.

Atlanta held the lead twice in the showdown. The same shots that Korver, Horford and a host of other Hawks made in the previous outings would not fall in Game 3.

Forward DeMarre Carroll led the Hawks in scoring with 22 points and only two other Hawks, Millsap and guard Jeff Teague, scored in double figures. That’s compared to at least five Hawks scoring double figures in the opening two games.

The key to victory for the Hawks in game 4 will be to start fast and continue playing the solid team defense they are now known for to create easy buckets in transition. 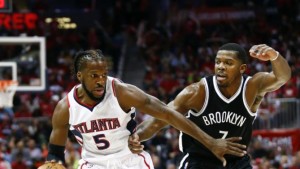 Korver will need to return to the scoring level he enjoyed in the first two games of the series.

The Nets will not go away. The Hawks will need to withstand any run Nets will muster.

The Nets’ x-factor will be guard Deron Williams. He has been largely silent offensively this series, due in large part to the Hawks’ defense making him uncomfortable. Williams has been unable to find his rhythm.

With a Game 4 victory, the Hawks will journey home for Game 5 Wednesday night with a chance to close out the series. If the Hawks can pack up the Nets in after Game 5, Atlanta can rest their nest onto the next series against the Washington Wizards, who swept the Toronto Raptors Sunday in their opening round.

If Brooklyn wins game 4, they will have held home court and can focus on ways to steal the series from the team who ran away with the Eastern Conference this season. 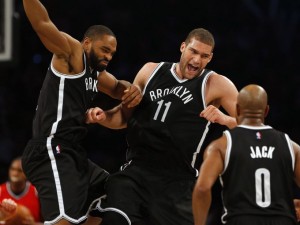