Lardarius Webb: Inspired By His Brother, Achieved The NFL, Now Laid A Foundation 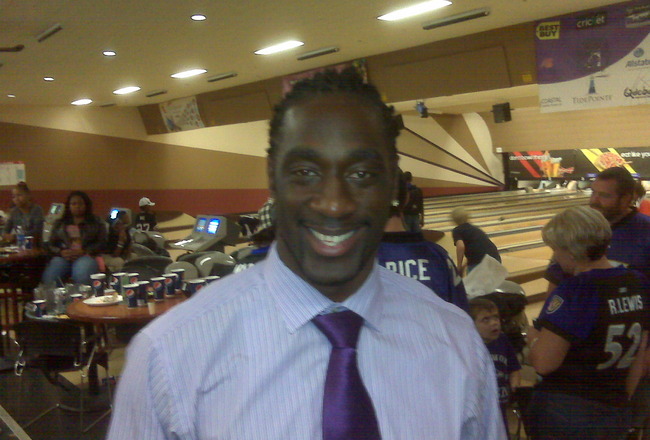 Clearly, some of the best experiences in life do not always have to be experimented first hand.  Baltimore Ravens cornerback Lardarius Webb is an example of this.  Due to the experiences of his older brother, Webb achieved a career where chances of being struck by lightning are greater.

Now, where riches are sure to follow because his talents could not be ignored on a squad, which is loaded with defensive powers, Webb has positioned himself to be an inspiration for many unfortunate youths.

“This is the first of many things to come in attempt to reach out to the community,” said Webb with a packed house for his first Annual Bowling Classic at Timonium Fair Lanes in Timonium, MD after the team’s bye week.  “I’m going to do what I have to do to reach out to the kids.”

The Opelika, Alabama native was a product of a stable home with his parents, Mary and Larry Thomas, and his little sister Shakeela Webb, despite being around drugs and violence.

However, Webb idolized his older brother, Donte, who was an athlete.  Unfortunately, the surrounding environment consumed Donte, and when Webb was a senior in high school, the man who the Ravens selected in the third round of the NFL Draft in 2009, witnessed his brother going to jail.

Webb benefited from having a solid foundation at home with his family.  Apparently, the Nicholls State graduate realized that not every child has the privilege of a stable home, as the poisons that are distributed in the street, with such convenience, infect many urban communities. 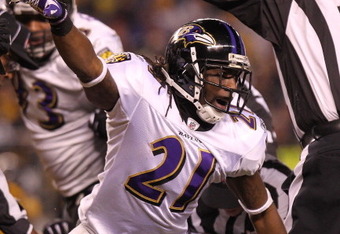 “I’ve been through all the hard times and good times, but in all those hard times, I know there’s something I can teach him (the children),” said Webb.

The Ravens cornerback is a solid role model for any child, and to contribute to his community in Baltimore and in Opelika, Webb launched his foundation, The Lardarius Webb Foundation.

The foundation’s mission is simple, yet challenging.

“This is for (the foundation) unprivileged children and their families.  My whole purpose is to keep the kids off the streets and out of trouble,” said Webb with a crowd of children surrounding him.  “I love the kids, man.  They are our future.”

“So I feel we (the foundation) need to give them all the skills and knowledge now so when they get older, things could be easier, an easier way to succeed,” he continued.  “Just seeing the kids smile, seeing their faces when they get autographs…It does something to my heart.  I love this.”

Currently, Webb has registered 36 tackles, forced a fumble and two interceptions, including his backbreaking 73-yard interception return for a touchdown in a team victory against the New York Jets on Oct 2. 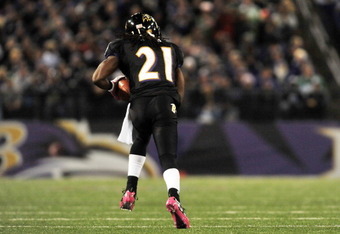 Webb is not a shutdown corner.  However, he have a nose for the ball and his ability as a sure tackler gives the Ravens (4-2) confidence that one side of the field is in good hands, despite being criticized for having a questionable secondary.

With the circumstances of life, surrounding today’s youth, and his incarcerated brother, Webb is focused on the field, as he keeps God first.

Webb has countless plans for his foundation, with other fundraising events in mind like using golf as a platform.  Best of all, Webb has a great support staff to back him.  Among teammates and friends, Webb is thought of highly.

“Webb is a great man and a teammate, better yet, he’s a great human being,” said Ravens linebacker Paul Kruger, one of the many fellow teammates that attended the Bowl Classic, including linebacker Ray Lewis.  “He’s such a student of the game and to be a part of what he’s doing here tonight is just a fraction of how huge his heart is.  I absolutely love the guy.”

A golf event to help raise money for unprivileged children and families may next be in the works for this spring, according to Webb.

Nevertheless, being an important piece for a Super Bowl defense is just the tip of the iceberg for a man who has his priorities in order, as his heart and passion is purely set on the kids and their families. 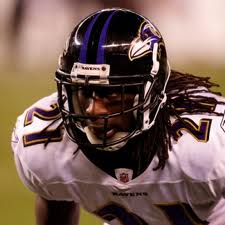 “I love simply love this, man, and this event is just the first of many great things to come for this foundation and the kids’ lives that we will affect,” said Webb.