PEDs (Performance Enhancing Drugs), steroids and Spygate; what do all these matters or infractions have in common – lack of character.

Now, let’s insert Deflategate into the mix. New England Patriot quarterback Tom Brady’s alleged action of having footballs doctored for the 2014 AFC Championship game against the Indianapolis Colts is the latest infringement to be added to the lack of character academic.

Ted Wells released his investigative report regarding the footballs used in the conference title game Wednesday. Due to the fanfare of Brady, who is both disliked  and respected, many spectators across the country are weighing in on various degrees of discipline for the high and mighty four-time Super Bowl winning quarterback – in hopes for a great collapse. 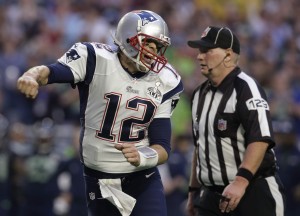 As exhausting as it is to digest the comprehensive report Wells eloquently produced, which included text messages and timelines, it’s hard to ignore that Tom “terrific” orchestrated the improper deflating of the footballs to satisfy his need to be successful at leading his team to victory.

Apparently, as a society, finger pointing to find a fall guy in every situation is like a sport, replacing the urge to compete with being fueled by judgment.

Well, for all infractions, scandals and other questionable decisions professional athletes committed to succeed – compromising their character for the integrity of the game – is because of, we, the society.

In sports, the public and organizations want winners. And for players, winning translates into fame and fortune. The pressure fans and organizations bestowed onto athletes for generations to win led players to bargain themselves to appease the captives, while garnering glory where the talented ultimately capitalized in its estate.

Comparative to Hall of Fame wide receiver Jerry Rice (who admitted using stickum on his gloves), Brady doesn’t have to cheat because his greatness has been cemented. However, to live up to expectations spanning from fans for support to team owners who want their franchise to be a brand through victories to the athletes themselves achieving a certain stature in their sport, the athletes would commit questionable acts. 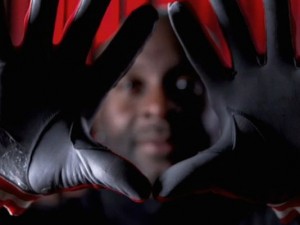 The NFL, similar to all corporations, can’t control every commotion caused by their most valued assets – the players.

For policing matters through policies in reference to compromising “the integrity of the game,” there are none because the character of men can’t be inhibited. Even the Lord Himself gives each individual the gift of choice. His word is clear on how society should conduct itself. Yet, it’s society’s prerogative to go left or ‘right.’

Since the NFL can’t stop players from crossing the line, and many folks in society want the league to play God in every situation, the Shield needs to shield itself to help the integrity they have.

Similar to the justice system, the collective minds of NFL Operations and NFLPA could apply penalties for infractions that compromise the integrity of the game in the next CBA, traversing from a minor to a major consequence.

It’s inevitable that Brady will receive some kind punishment whether being fined or suspended, according the wording of Wells’ report. No matter what the outcome of Brady’s alleged actions, everyone won’t be pleased.

As long as competitive sports continue to be a fablic of the society, generating billions of dollars, the character of players will always be challenge, damping the integrity in any game.

The NFL has its hands full, and no one feels sorry them. Albeit, the league can’t hold their players’ hand as they must be accountable for themselves.

Eventually, the Shield will constitute plans to cover all possible situations to avoid any action that would taint the product on the field for the sake of integrity on the field.

Deflategate is bigger than Brady and the NFL. 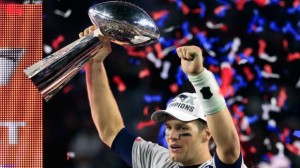 Brady is probably, publicly, the latest player to circumvent the rules for gain in the NFL. If so, the future first-ballot Hall of Famer won’t be the last because the character of men can never be tamed.