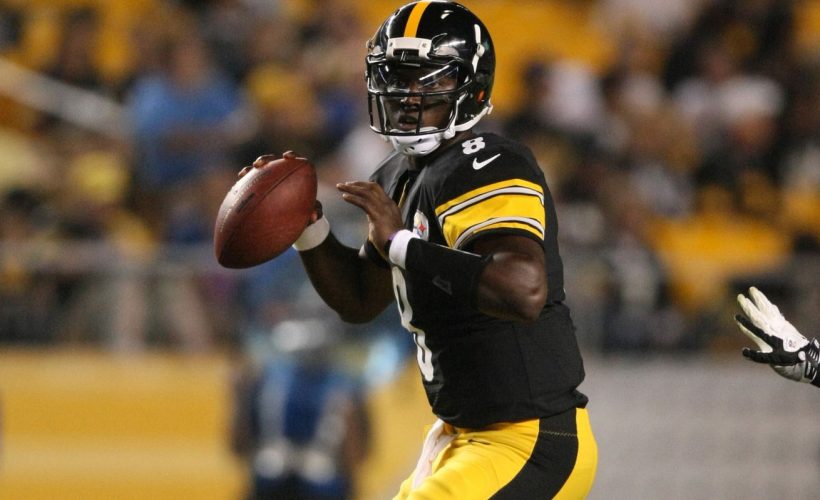 Jerrod Johnson: "Recreated" Himself Through The NFL Veteran Combine

It is inconceivable to imagine how five centimeters can alter a course. This fraction of a size does not cause much damage, unless it affects a tire or a rotator cuff. Baltimore Ravens quarterback Jerrod Johnson was on track of becoming a promising field general in the NFL until five centimeters changed the course of his destiny.

“It’s been a crazy journey and it all stemmed from the fact that I tore my rotator cuff going into my senior year at A&M (Texas),” said Johnson via phone conversation.

There is a saying, “What God has for you, it is for you.” Such a challenging testimony when opportunities are passing by. 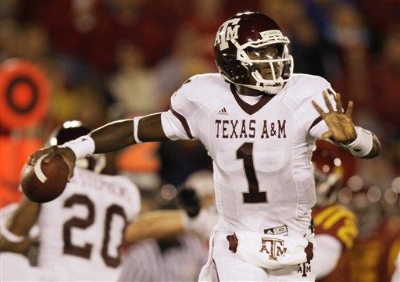 Johnson had complete control of his destiny, and becoming a NFL quarterback was never a question of “if,” but “when.” Entering his 2010 senior campaign, the 6-5, 250-pound quarterback from Houston, Texas was recognized as the Big 12 preseason Offensive Player of the Year and a Heisman Trophy candidate.

Suddenly, his path for success went another direction.

“Everything was on track, I guess, to take its regular course. Then, I tore my rotator cuff in my throwing shoulder and that caused my senior year to go pretty bad,” said Johnson. “That’s when (Ryan) Tannehill came in for me. At that point, it led me to go undrafted.

“The hardest thing for me was that I wasn’t physically healthy at all. I thought I was, but I wasn’t. I was a shell of myself when I got to that point.”

Due to Johnson’s derailment, Tannehill, who originally competed as a collegiate quarterback, stepped into the signal caller role and succeed at Texas A&M to eventually get selected as the Miami Dolphins’ first round pick (eighth-overall) in the 2012 NFL Draft.

While Tannehill was learning a new system, Johnson was training to be a quarterback all over again.

“It took about a year and a half to slowly recover,” said Johnson. I pretty much had to rebound for football from scratch. I worked with a guy by the name of Kevin Murray in Dallas who trains quarterbacks. I practically had to relearn how to throw a football like a third grader up there (in Dallas).

“After a year and a half, I was an elementary physical education teacher,” he added. “I got my workout in the morning hoping for another shot. Then, I got a shot with the (Pittsburgh) Steelers.” 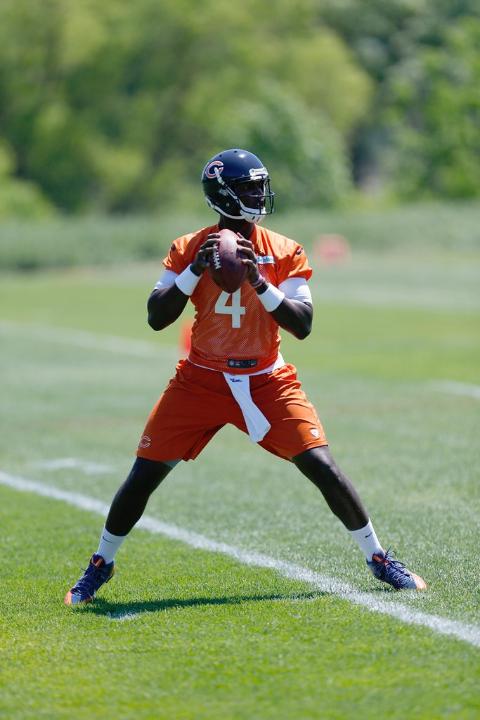 Johnson’s strength has always been his deep ball, but following short stints with a couple of clubs in the NFL, CFL and UFL (United Football League), Johnson ventured to A&M once again to do some television and radio work for the Aggies.

The inspiring Johnson got stronger, and his shoulder injury was no longer a factor.
Johnson was ready to highlight the promised talent many thought he lost.

Then NFL Football Operations’ NFL Veteran Combine provided Johnson another opportunity to flex his skills and redefine himself in front of the NFL decision makers who had counted him out.

“One thing people can’t measure is your ability to improve. So for me, I was always better than that,” he continued. “I had an injury and I was a shell of myself at the most important time.”

The NFL Veteran Combine was showcased in 2015, following the annual NFL Super Regional Combine in Arizona. The VC allotted previous NFL talents to experience the combine process in hopes of impressing clubs to earn another chance to perform on the NFL gridiron once again. For some reason, the VC may never resurface again, most unfortunate because it was another electrifying talent surge unplugged. 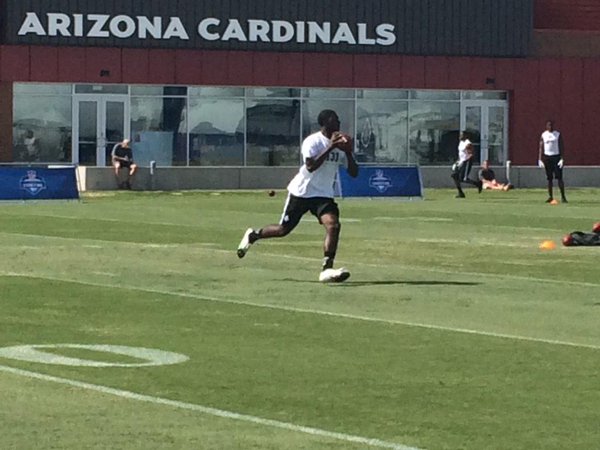 “The Veteran Combine provided me the opportunity to show ‘here’s who I’m really am, I’ve done my rehab and I’m a different guy from that time,'” said Johnson. “The veteran combine gave me the platform to get back in front of them (NFL scouts) because if they didn’t see me again, and my name popped up on a ticker, they would think back to the guy they saw at the combine when I was a shell of myself.

“As the years go by, opportunities get lost.”

Sitting under Ravens Super Bowl-winning quarterback Joe Flacco, and immersed with a solid organization, Johnson believes he is with the right franchise to help keep him on course with his destiny.

Johnson is competing for a roster spot, along with former teammate of the Sacramento Mountain Lions (UFL) Josh Johnson. The Ravens normally do not keep four quarterbacks on their 53-man roster, so both of the Johnsons are in an uphill battle.

Ryan Mallett is the projected backup quarterback for the Ravens.

At 28-years old, Johnson is tapping into his prime and he is determined to make it happen in the NFL.

“My situation is pretty bizarre, but unique in away,” said Johnson with laughter. “It’s been a lot of ups and downs, which led to this point. But I look back at all of what I’ve been through and see it as a blessing. I am almost thankful for going through all of that. God will never give you something you can’t handle.

The Combine Report: Many RC Players Strengthen Their Chances In Week 2 Of Preseason Next post