What a wake up call for the Indianapolis Colts.

After years of not preparing for this day, a day when their prized possession in quarterback Peyton Manning would be hampered by an injury or defeated by father time, causing his dynamic NFL career to take a turn. The Colts may be revisited by losing days earlier than expected.

To solely put a franchise on one player, a 35-year-old quarterback, was not wise on the Colts’ part.  The Colts have placed weapons around Manning as they focused on the now, but to not secure a young valuable quarterback for the future, which the organization should have seriously implemented when Manning turned 33, may have bit themselves in the butt.

Neither quarterbacks Curtis Painter or Dan Orlovsky, unfortunately, are not the answer for the Colts.  However, the blame squarely falls on the Colts because of the lack of homework done on Painter and Orlovsky as they both struggled mightily in their senior seasons at their respective institution, despite starting strong early in college (Painter from Purdue and Orlovsky from UCONN).

“Bottom line, we truly do not know when he will be ready,” said Polian, according to ESPN.com.  “Once the nerves regenerate properly, he’ll be ready. When that happens, he’ll be ready to ramp up immediately. It’s impossible to predict.” 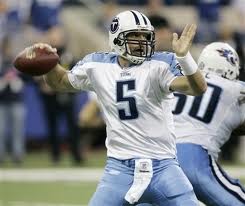 Now, with no solid backup and no insurance of Manning being the old No. 18 when he returns, the Colts may have slightly stopped the bleeding for a short time as they signed the recently-retired 38-year-old quarterback Kerry Collins on Tuesday.

“It is a good opportunity to have Kerry become part of the team,” said Colts head coach Jim Caldwell, according to CBSSports.com. “He is a veteran quarterback who has started many games and he brings dimension and depth to the quarterback position, which will be helpful. He is familiar with our division and will make a great addition to our roster.”

Quietly, Collins had a successful, solid NFL career as he is currently ranked 11th on the all-time passing list with 40,441 yards.  Collins is the Colts’ best answer, for now, giving the availability of veteran quarterbacks in free agency and what they have on their roster.

If the Colts would have taken a page out of the Green Bay Packers and New England Patriots book in investing a high draft pick or into a quarterback to take over for Manning when he is done, they would not had to scramble to find quarterback in hopes to save their season.

And Collins would have signed with ESPN, the NFL Network or FOX Sports to be an analyst instead. 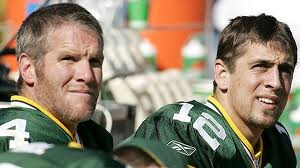 ﻿﻿Packers drafted quarterback Aaron Rodgers when future Hall of Fame quarterback Brett Favre was in his mid-30s in the first round. The Patriots drafted quarterback Ryan Mallett in the third round in 2011 when future Hall of Fame quarterback Tom Brady was 33, and is now 34.  Rodgers backed up Favre for three seasons and won a Super Bowl in his second year as the man and Mallett will be Brady’s successor in the near future.  Both franchises will be secured and set to succeed for the next 10 years, while the Colts’ foreseeable future may be looking up from the bottom of the AFC South because of the lack of insurance at quarterback.

Manning signed a five-year, $90 million extension with the Colts on July 30, after having his second neck surgery within a two-year period.  It’s unclear if Manning’s physical issue is heredity or not since his brother, Cooper, who suffered from a congenital condition called spinal stenosis, a narrowing of the spinal canal, and had to immediately end his football playing career.  Heaven forbid that something was to happen to Manning when he returns, knowing one hard hit could cause him to have a permanent problem.

The extension Manning signed with the organization, which he deserves, went from locking him down as a Colt for relief to them holding their breathe.

For the 2011 NFL season with Collins under the center until an injury or Manning’s return, there are some concerns, along with some encouragement. 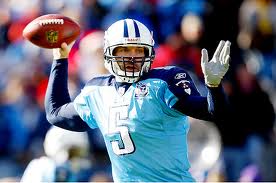 Collins is familiar with the AFC South divisional teams so he should not be too surprised with their schemes and tricks after playing for the Tennessee Titans for the last five seasons.  Since his days after being a member of the New York Giants, Collins has shown success for a short-term period.  Along with a solid offensive and backfield, the pressure will not be too heavy on Collins.

What counts against Collins is timing with the Colts receivers and getting into football shape.

If Collins can get into the final preseason game for the Colts, he should be fine against the Texans because he is familiar with them, which is huge.  Against the Cleveland Browns in Week 2, the Pittsburgh Steelers in Week 3 and in Week 4 against the Tampa Bay Buccaneers, the Colts can go 2-1 as two of those three games are at home.

Collins is working with a short time table, but his experience will make the transition go easier.

The Colts signing of Collins is not the story.  The story is the Colts has not make the proper preparation at the quarterback position so their excellence on the playing field could continue long after Manning retire.

And if Manning’s injury has not sent a signal to the Colts’ franchise by now for a need to address their quarterback issue for the future, they will have to settle for the memoirs.

Article via Takingin2thehouse.com and Bleacher Report.