By Courtesy of the Washington Redskins

The Washington Redskins announced Monday that they have named Ike Hilliard as Wide Receivers Coach.Hilliard returns to the Redskins after having coached the team’s wide receivers during Washington’s NFC East championship campaign in 2012.  Linebacker Brian Orakpo has been selected to the 2014 Pro Bowl in place of San Francisco linebacker Ahmad Brooks Tuesday.

Hilliard boasts 15 seasons of NFL experience, including 12 seasons as a wide receiver. Prior to his first stint in Washington, he served as the assistant wide receivers coach for the Miami Dolphins after two seasons coaching for the Florida Tuskers of the United Football League. 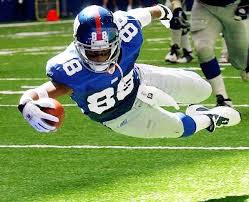 Hilliard played collegiately at the University of Florida from 1994-96, catching 126 passes for 2,214 yards and 26 touchdowns. He earned first-team All-SEC and All-America honors as a junior and, in the final game of the season, finished with seven catches for 150 yards and three touchdowns in leading the Gators to a 52-20 Sugar Bowl win to secure the school’s first national championship.

The selection is the third of Orakpo’s career, including selections in his first two NFL seasons following the 2009 and 2010 campaigns. He joins running back Alfred Morris and tackle Trent Williams as the team’s Pro Bowl representatives for the 2013 season. 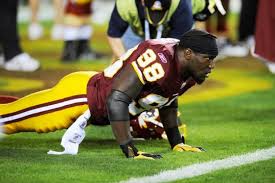 With Orakpo’s selection, the Redskins have had at least one linebacker selected to the Pro Bowl in each of the last five seasons, matching the team’s longest stretch since Hall of Fame linebacker Chris Hanburger accounted for five consecutive selections from 1972-76.

With the Redskins’ selections of Morris, Orakpo and Williams this year, the team has had at least one Pro Bowl player for 20 straight seasons. The only year Washington has not had a Pro Bowler in team history was 1993.