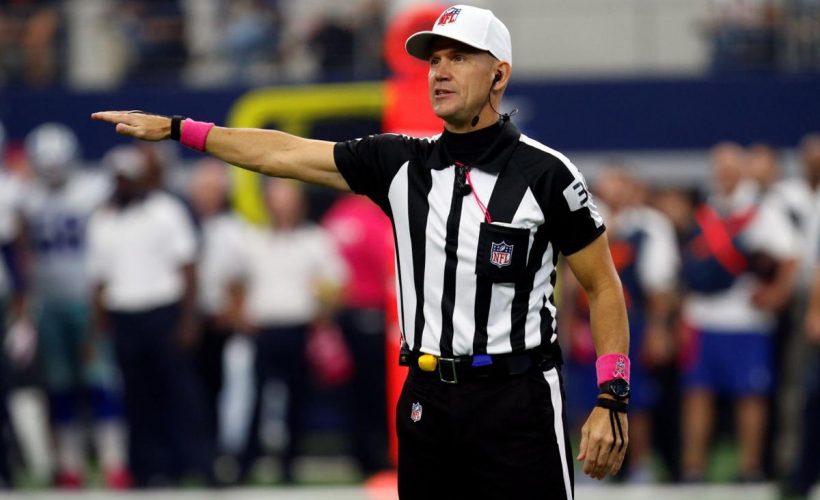 How Do The NFL Officials Know When It’s Time For A Commercial Break?

Behind The Scenes Of NFL Officials Working A Commercial In Progress

Plano, TX – Ever wonder how the NFL officials know when to break for a commercial? Well, it’s a relatively simple process.

There is a crew member on the sidelines wearing “orange sleeves” who coordinates with a staffer wearing a “green hat.”

The crew member wearing the “green hat” monitors television breaks and directs the orange sleeved crew member to signal the NFL officials that it is time for a commercial break by crossing his arms or lifting an arm. The bright orange sleeves are for the purpose of quickly catching the attention of the officials.

At the NFL Officiating Clinic here in Plano, Director of NFL Football Operations Blake Jones explained the process in detail.

Networks normally allow for five breaks per quarter, spanning one minute and 50 seconds. To keep NFL games flowing smoothly, which is the goal of the League, the networks allot four breaks per quarter, spanning two minutes and 20 seconds this year. Depending on the flow of the game, the networks may have three breaks in a quarter and the fourth break is rolled over to the next division making five breaks. 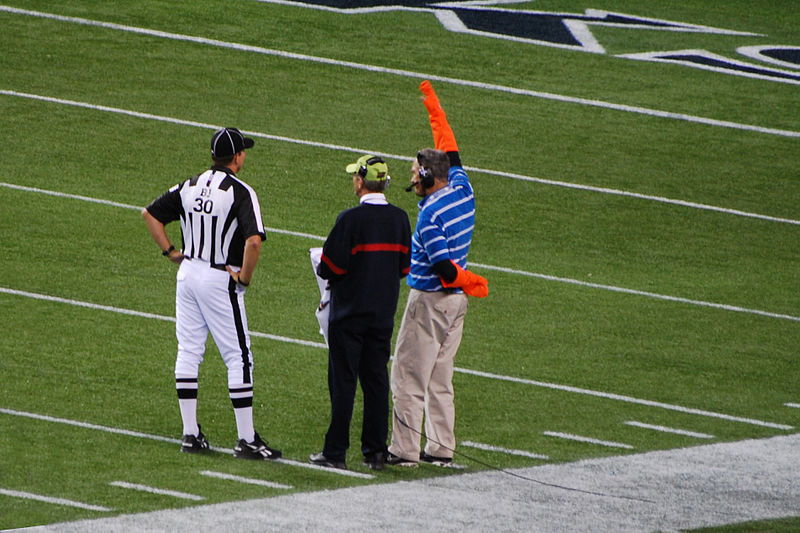 The networks generally take the opportunity for breaks at the end of the first or third quarters and the two-minute warnings at the second and fourth quarters. On-the-field situations allow for breaks as well, e.g. an injury, a timeout, replay stoppage, after a score or a turnover.

When the orange sleeved coordinator extends an arm, the commercial is in progress. The coordinator lowers the arm at the end of the break and the game proceeds.

There is a fine balance to keeping the game flowing, the play on the field and keeping the networks happy.  The NFL Caretakers are at the center of maintaining that balance for both situations.

Communication And Consistency: The NFL Officials' Grand Achievement Next post