PHOENIX, Ariz – It’s nearly unheard of to receive over 100 years of information in a couple of days. That occurred in Phoenix when the NFL held their annual Career Development Symposium (CDS).

The career sessions were of great magnitude as many NFL lifers participated in grooming potential leaders who have ambitions of becoming a scout, head coach or general manager.

The CDS was finalized with the theme “Expectations of Ownership” from owners John Mara (New York Giants) and George McCasky (Chicago Bears).

Robert Gulliver, NFL Executive Vice President of Human Resources orchestrated a Q and A with Mara and McCasky as they unveiled their perspective of the game.

Mara has been the president and CEO of the Giants since 1991. McCasky is one of the 13 grandchildren of the late-great George Halas, who founded the “Monsters of the Midway” in 1920. McCasky became Chairman of the Bears in 2011. 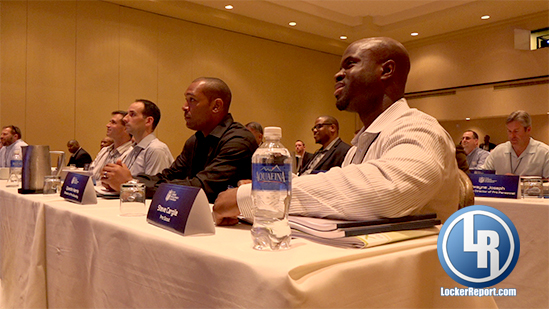 When the question of the importance of community relations was presented, Mara and McCasky identified with the value in being responsible for more than just the X’s and O’s. Both owners shared with the candidates what they look for when hiring a head coach, which included having a solid game plan, a clear understanding of the franchise and how to operate it.

“I look for presence, leadership and experience”, said Mara. As far as diversity and inclusion of women, McCasky agreed that everyone deserves a fair shot.

“We don’t want to discount anyone for any reason” said McCasky, “We need to look everywhere to get the talent that’s needed to be successful”.

In addition, the candidates realized the importance of self-development and character check. Besides deep pockets, being the leader of a franchise comes with great responsiblity. If a general manager’s integrity is questioned, the franchise will be under the microscope, and the obtain wealth will pile to nothing. A general manager, and a head coach, must be prepared to handle any situation.

In order to lead, each candidate for leadership must be in control of themselves. Mara and McCasky clearly demonstrated that ability at the CDS.

“Do you have thick enough skin to deal with the media? Or do you need to be developed in that area?” “Do you have football intelligence, football smarts, and most importantly, integrity,” said Mara. “Do you have a believability factor about you?”

Mara explained as he continued to educate the leaders of tomorrow. “You’ve got to convince me when I look in your eyes that you want to prove how good you are and you want to win as badly as I do.”

“We not only look at their experience, but if they still have that fire”.

Mara closed the sessions with encouraging words of wisdom as the future GMs of the NFL eagerly clung to his every word.

“You can’t give up! Timing is everything. Be patient and wait for the right opportunity”.

The candidates continued the development process when they broke out into smaller groups led by members of the NFL’s Career Advisory Board called the Blue Ribbon breakout sessions. 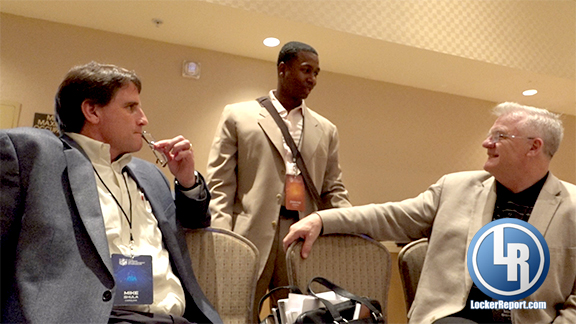 Polian has been associated with the NFL for 33 years, while Sherman’s affiliation with the league spans 15 years. Casserly is revered as an NFL historian due to his endless knowledge of football. Casserly’s experience with the NFL reaches nearly 50 years. Compared to Casserly, Wolf eclipses 50 years of experience. 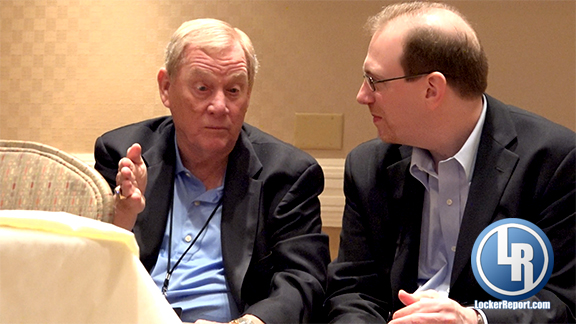 Clearly, the candidates of the 2015 NFL Career Development Symposium received a wealth of information, more than 100 years of knowledge.

Gulliver reiterated the importance of networking and instructed the candidates to take ownership of this symposium, to share ideas, meet essential people and gain resources to take back with you and apply it everyday while on the job.

The soft toned Gulliver believed the candidates, “accomplished that this weekend.”