Life has an unpredictable way to express its choice on how one should fulfill their destiny.

Washington Redskins‘ wide receiver Donte’ Stallworth is an example of the countless individuals who have drawn up a plan for their life—his was to have a successful NFL career, at the least.  But from promise, to a countless mistake, the 13th overall selectee from the 2002 NFL draft has returned to his path to fulfill his destiny on the gridiron.

“It’s been great (being with the Redskins), I would like to have had won a lot more games than what we’ve been winning,” said Stallworth.  “But personally, things been good, getting back into the swing of things and I’m grateful to have the opportunity to help the team win some ball games.”

The psychology major from the University of Tennessee was a burner with 4.2 speed, based on the 40-yard dash and was known for having great hands.  After being selected in the first round by the New Orleans Saints in 2002, Stallworth was looked to be one of the centerpieces for the franchise’s turnaround for success after decades of sorrow—under, then, head coach Jim Haslett, now the defensive coordinator for the Redskins. 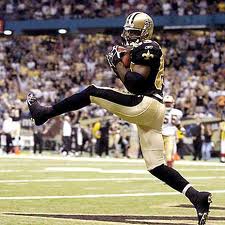 Stallworth was traded to the Philadelphia Eagles in 2006 and had a decent season as he registered 725 yards and five touchdowns.

Compared to all NFL players, free agency for above-average individuals is a God-sent opportunity, financially, for the athlete and their families.  Stallworth was looking to capitalize in the free-agent market.

Hamstring issues haunted Stallworth, and being placed on the league’s substance abuse program did not help his case either.  Despite those situations, Stallworth and the New England Patriots agreed to a six-year, $30 million deal with $3.5 million guaranteed in 2007.  Moreover, Stallworth’s deal was incentive laden, giving the Patriots the option to release the wide receiver—if he underperforms. 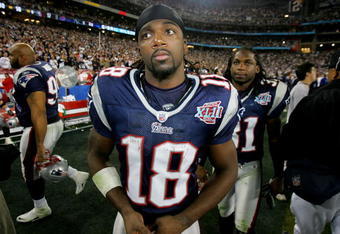 The Patriots released Stallworth the following year, but he bounced back with another huge signing—this time with the Cleveland Browns as he agreed to a seven-year deal worth $35 million in 2008.

Life looked good for Stallworth financially and his playing career as he locked up a long-term deal with the Browns—until a costly mistake, one fatal night.

On March 16, 2009, Stallworth was driving his Bentley coupe, while intoxicated, when he struck and killed 59-year-old Mario Reyes when he was leaving work to go home in Miami.  Stallworth cooperated with authorities and reached a financial settlement with the Reyes family.

Stallworth was sentenced to 30-days in prison, but his overall judgment, in terms of the NFL, Commissioner Roger Goodell suspended the wide receiver for a season, and the Browns terminated his contract.

The NFL was secondary in the mind of Stallworth as he mistakenly took a man’s life.  After his suspension was over, and instead of continuously crucifying himself for his incident, Stallworth got back on his feet and signed a one-year deal with the Baltimore Ravens in 2010.  After breaking his foot in a preseason game against the New York Giants, Stallworth did not see the field until last October.

Last season, Stallworth was honored by the Ravens to be the recipient of the Ed Block Courage Award—an honor given to a player voted by his teammates after returning from an injury, in Baltimore.

Stallworth continues to have supporters from Baltimore.

“I would say…from Twitter, I still have a lot of Ravens’ fans congratulating and wishing me well and I’m greatly appreciative of that,” said Stallworth, with a grin.

There was no surprise that the Ravens did not re-sign Stallworth, as he was misused as a wide receiver in Baltimore.  Stallworth was rarely thrown to, and when the pass-catcher’s name was called, oftentimes, it was to run a reverse.

Stallworth was thought to be a major player in the NFL, due to his speed, great hands and professionalism.  Clearly, the wide receiver was not able to catch on to those expectations after experiencing injuries and his costly mistake that took a man’s life.

Nevertheless, Stallworth’s talent could never be ignored, as he always managed to find teams who were interested in signing him.  The Redskins came calling, and the team and Stallworth agreed to a one-year deal July 29, 2011.  Stallworth loves the Washington D.C. area but wished he was able to do more to help the Redskins win ball games.

Stallworth delivered on several clutch plays for the Redskins this season.  With one contest remaining this 2011 campaign against Philadelphia Eagles, Stallworth has 21 receptions for 301 yards and two touchdowns.

The former Volunteer pass catcher was released and put on waivers by the Redskins Nov. 8, and a week later, he was re-signed after Washington placed rookie wide receiver Leonard Hankerson and defensive end Kedric Golston on the Injured Reserve.

The veteran receiver feels he’s more fit than he ever has been at the age of 31.  Stallworth stresses to the younger receivers for the Redskins how important it is to stay in shape and eat right, which is half the battle as a professional athlete.

Outside the Redskins’ running game, Stallworth was a bright spot for the burgundy and gold, along with pass catchers Fred Davis and Jabar Gaffney.

Stallworth recognizes that he’s blessed and is extremely grateful for the opportunity to play on any team in the NFL.  Most specifically, Stallworth did not need a fatal accident to humble him, but he does view life from a different window.

Stallworth will definitely be a subject of topic for the Redskins this offseason, as they desperately need skill players in the offensive side of the ball.

Will the Redskins make Stallworth an offer, which would allow him to end his career in Washington?

Stallworth is hopeful, and if the Redskins re-sign him long-term, they would provide a solid fixture for the organization and the community as No. 19 earned his second chance.