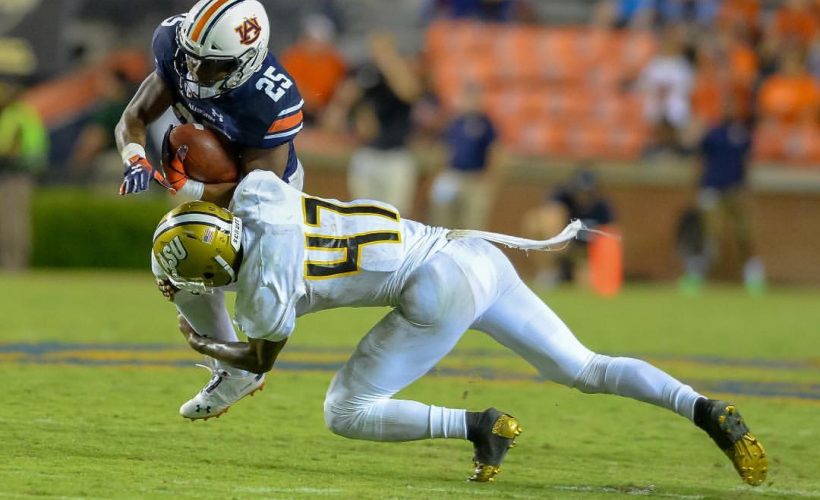 One Of The Defensive Gems Watch List Get Sighted By Redskins

Defensive back Kurron Ramsey has represented Alabama State on a high level while performing at the institution. Now, he has the opportunity to showcase his talents on the game’s highest level of football. The 6-3, 203-pound safety has been invited to the Washington Redskins Local Day on April 12.

Not since the late great Shawn Taylor have the Redskins had a physical presence in their secondary. Taylor stood as a 6-3, 212-pounds destructive force.

Ramsey is not tagged as the next Taylor, however, his physical stature and attributes directly point him towards the legend’s direction.

Ramsey possesses good speed, hand usage and is a disciplined hitter. He has great head placement, in terms of striking the ball, is efficient against the run, and best of all, he is a finisher. The Maryland native is grateful for this opportunity, and has always understood that hard work pays off.

“My experience through this process thus far has been exciting because I’m just grateful to be in the position that I am in today to just have an opportunity to play on the next level, which has been a lifelong dream of mines,” voiced Ramsey via conversation.

NFL Local Day try-outs are the final evaluation for teams prior to the NFL Draft. Countless players blossomed to have NFL careers over the years after venturing through a NFL Local Day.

Most notable, recently, Tennessee Titans cornerback Malcolm Butler attended the New England Patriots’ Local Pro in 2014 and went on to execute the greatest defensive play in Super Bowl history as he intercepted Seattle Seahawks quarterback Russell Wilson’s pass on the goal line, which ultimately sealed the team’s, then, fourth title.

A potential NFL talent can be discovered anywhere.

“My son is one of the most humble hard working individuals someone would ever meet,” stated E. J. Ramsey, Ramsey’s father who is a retired Navy officer via conversation. “As he often likes to say, ‘Ambitious underdog all hustle no luck.’”

Ramsey had a solid trial at his Pro Day at Bowie State University. Ramsey has truly embraced the process as other NFL teams are interested in his raw talent and services.

“Regarding the process, being in contact with some teams has definitely been exciting because you never know what team will show interest in you, and just the fact I have some interest from a few teams is a blessing,” said Ramsey. “What a NFL team will get out of me as a player who is a hardworker, somebody who is ready to compete on every snap and especially on the special teams side of the ball because that’s real important in today’s game and where you can make your name in the league.”

First, Ramsey is looking to impress his hometown team – in hopes to dawn the Burgundy and Gold.

LockerTalk Podcast: State Of AAF, Defensive Talents From The RCI For The 2019 NFL Draft Next post