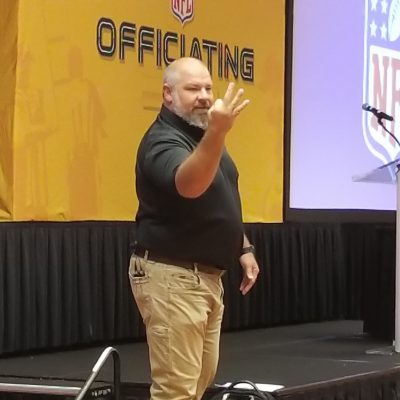 Clint Bruce: “Elites Want To Find Out, Not Be Found Out”

IRVING, Texas – In front of a tired group of NFL administrators, executives and all of the NFL officials, Clint Bruce instantly refreshed the room with his unique style of humor.

“Wow, I’m in a room with a bunch of guys I tried to stay away from,” joked Bruce. Bruce was referring to his days as a football player at the Naval Academy where he played linebacker and was a captain from 1993 to 1997.

Bruce also had stints with the Baltimore Ravens (1997) and New Orleans Saints (1999) after successfully completing his SEAL training.

However, the former Navy SEAL did not attend the 2017 NFL Officiating Clinic to discuss his background on the gridiron and how he helped save countless lives. Bruce was straightforward in communicating to the NFL Caretakers the lessons he learned. Most specifically, he wanted the NFL officials to understand the importance of being “elite” in their profession.

“If you are not counting, it doesn’t count to you,” explained Bruce. “Elites want to find out, not be found out.”

Bruce stated that individuals fall into one of five classes – bad, average, good, excellent or elite.

“There’s no secret to being average,” said Bruce. “Good is okay, if it’s not your passion.”

Excellent individuals succeed and they are “done.”

However, when people are elite, “they are not done yet.”

Bruce expressed a unique perspective on being elite that really got everyone’s attention.

“Elites are curious,” he explained. “Curiosity will get you there (elite status) faster. Curiosity brings courage. Curiosity is a courage rep and it is getting you stronger.” 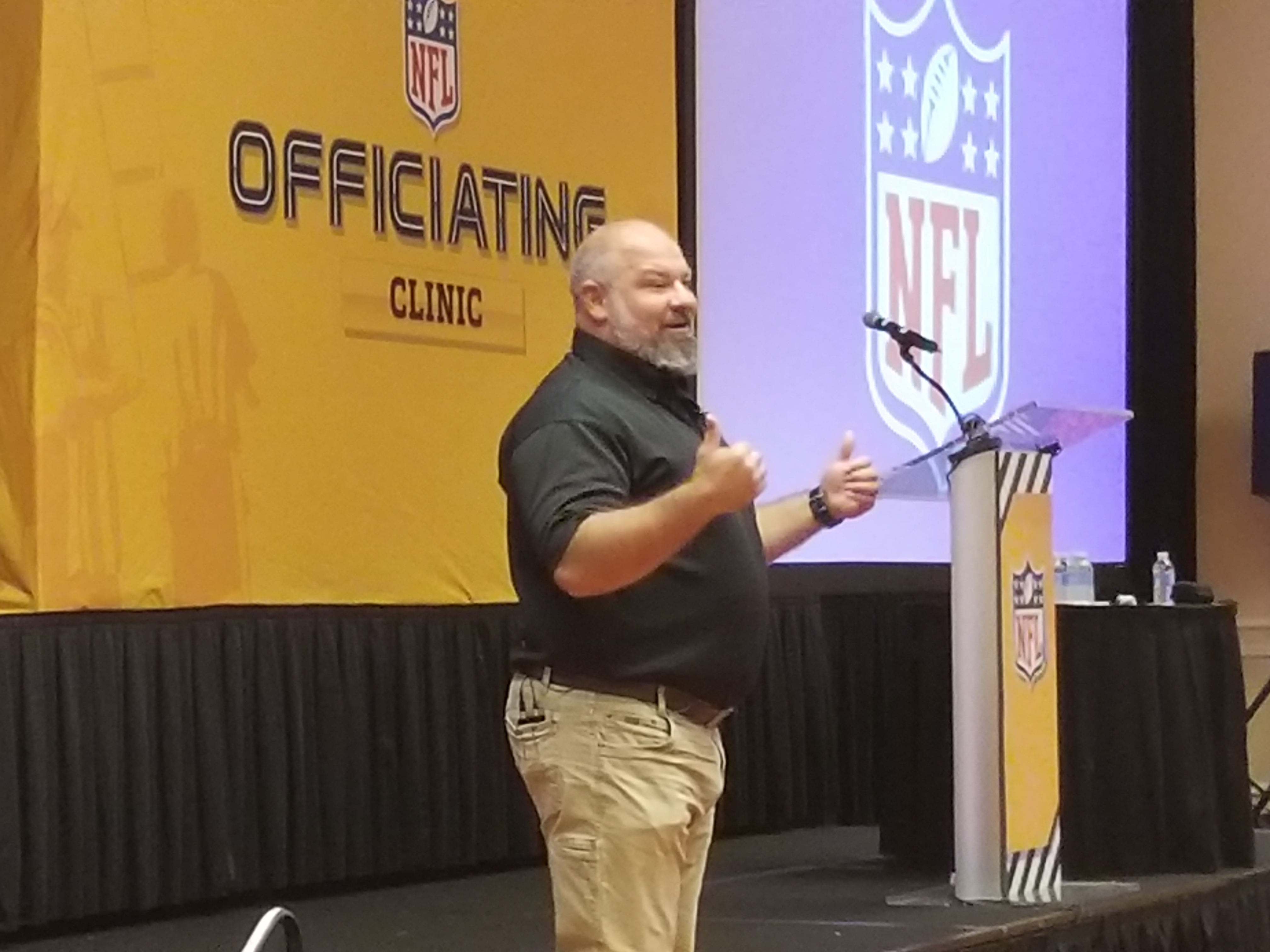 “If you are good at what you are good at, you only have one leg to stand on,” said Bruce. “Complacency is a dream crusher. To be dangerous, you have to be balanced.”

Curiosity and balance are a part of the “pursue points” Bruce described in order to be elite.

Bruce told the officials to be “tribal.” He described different types of gatherings; specifically groups, teams and tribes.

“A tribe is a team that channels its emotions,” instructed Bruce. “It’s total submission, and it’s beautiful. Tribes win all the time.”

Bruce also portrayed elites as being “intentional” and “authentic.” According to the Texas native, elites move with purpose knowing where they want to venture. Elites win other individuals over with their transparency.

Transparency in officiating has been a targeted issue for NFL Football Operations. Former vice president of officiating Dean Blandino helped to begin that initiative and Al Riveron looks to be committed to transparency as well.

The amount of preparation necessary for the NFL Caretakers to be successful and sharp on the field is tremendous. There is no doubt that NFL officials are elite in their profession. They just needed validation… publicly.

“You guys are on the top of the food chain. Our officials are the cream of the crop of officiating,” said Vincent.

Clearly, Vincent and Bruce were on the same page. Vincent validated the officials as being elite; Bruce provided knowledge to maintain that status.