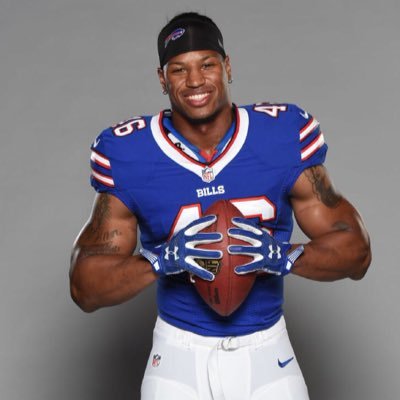 Abner Logan: Needed A Fresh Start For His NFL Journey

Having the talent to play football on a high level was never Abner Logan’s affair. Even his ability to play in the NFL was never the question. Following a serious injury and a major decision, inquiring minds wondered how the highly touted four-star recruit from Massachusetts was going to entertain for a career playing on Sunday afternoons. All Logan needed was a fresh start.

And the Buffalo Bills may be the biggest beneficiaries of Logan’s worth.

“Before I got an invite from the Bills, I did the (New England) Patriots’ rookie mini-camp,” said Logan via conversation. “(I) did not get signed. I was a bit discouraged, but after leaving New England, I knew for certain that I belong in the NFL.”

Based off a stellar high school career in Brookline, Massachusetts, Logan took his aggressive talents as a linebacker to Maryland. After displaying promise in his sophomore season, his career appeared to be bright. Nevertheless, Logan’s junior campaign was lost due to a torn ACL injury, along with the opportunity of being a guaranteed starter. 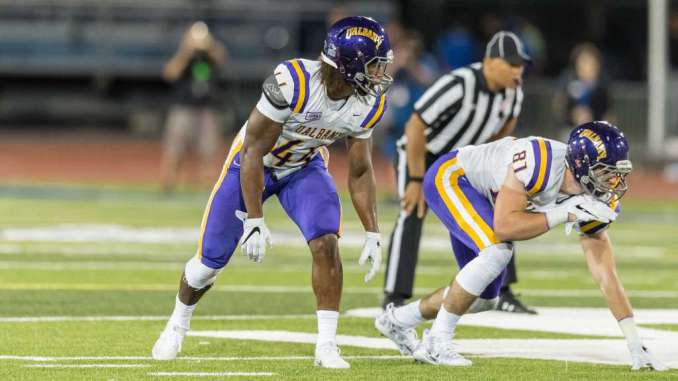 As new talents emerged for the Terrapins, Logan’s opportunities appeared to have lessened after his injury and being disciplined. With 42 registered tackles in 19 games, including four starts, and a fumble recovery for his collegiate career at Maryland, the self-encouraging linebacker needed a fresh start.

Logan journeyed north to Albany, NY as a senior and joined University of Albany’s program – and dominated.

The 6-1, 235-pound linebacker quickly made headlines in his first contest as a Great Dane when racked up 11 tackles in the team’s upset victory over the University of Buffalo. For the year, the explosive Logan finished with 96 tackles, two sacks and a pass defensed.

The change of scenery and surroundings helped Logan immensely. Apparently, Logan needed to change the atmosphere of the clouded opinions of NFL scouts regarding his skill set after not fulfilling the expectations of the hopefuls at College Park.

Knowing NFL scouts would not knock down Albany’s doors to get to him, Logan took his skill set the Washington-held NFL Regional Combine, where he not only kicked the door in, but the hinges off as well. 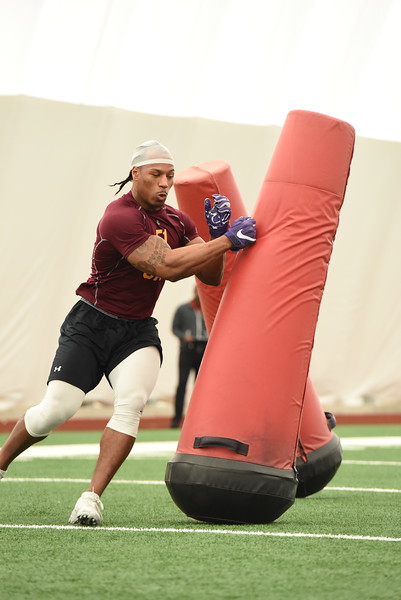 Logan is physical, powerful, has decent hands and moves well. Clearly, the taking the initiative to attend the NFL Regional Combine was huge for Logan’s journey to the NFL.

“I feel that the Regional Combine helped me a lot in getting exposure to scouts with my measurable, as well as a prep for my pro day,” said Logan.

Logan’s new beginning came in full circle when he was allotted the opportunity to have his Pro day at Maryland, which sealed the deal for many NFL scouts.

Logan has a simple approach to football as he humbly stated at the RC, “Just get me on the field because football is football.”

Other than being “amazed at the facilities and (the) food” of the Bills, Logan has kept his journey in perspective, spanning from getting to a NFL camp to responding to numerous irritating questions about performing on two different levels of football.

“I kept a steady routine that my trainer and I compiled of both running and strength training,” said Logan.  “When I got invited to the camps, it was just football.

“That’s another thing that I think people have to realize,” he added. “The only difference with levels of football is people get a little bigger and the game is faster.  At the end of the day, football is football. Don’t make it too complicated, and just have fun with it.” 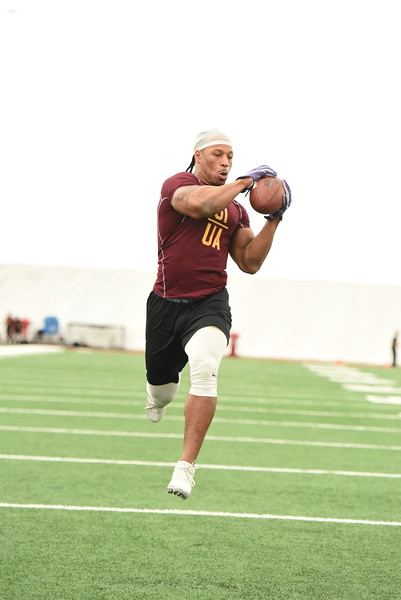 At this stage in Logan’s football life, he is locked in. There is no more second guessing, hoping to get notice and trying to live up to other individuals’ expectations. For Logan, it is all about himself, the man across from him and ball, which will dictate his destiny in the trenches.

“While in camp, my mind set is the same as it is now. Leave it all out there,” said Logan. “I’m not really focusing on “making the squad” but rather just being the best that I can be. If I’m the best within myself, everything else will happen the way it’s meant to.

“Do as much as I can and leave no regrets,” he continued. “If it’s meant to be, it will. All I can control is my attitude and effort. I’m a strong believer in Christ.  I’ll let God handle the rest.”

And there is no fresher start better than that.

The Combine Report: Kline, RC Players Lit Up The CFL During Preseason Next post