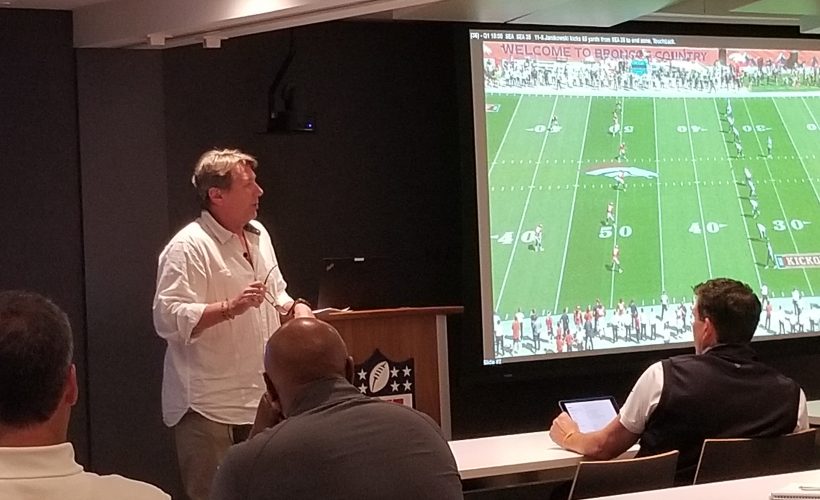 2019 NFL Officiating Mini-Clinic: NFL Officials Engaged With The Process, With A Bit Of Laughter

NFL Referees, Preparation At Its Best

May 18, 2019 – NEW YORK, NY – In the midst of competitive dialogue during a meeting for the NFL referees during the NFL Officiating Mini-Clinic, the leaders in stripes burst out into huge laughter.

“What the heck was that,” said a veteran referee. “Oh, that’s a, it’s cold and this is my warmest hand to throw a flag toss (laughter),” answered another referee.

The NFL referees were referring to one of the NFL Caretakers, who in a cold contest between the Tennessee Titan and Jacksonville Jaguars, awkwardly threw a flag with his left hand, while he was getting his other hand out of his pocket. The infraction was called correctly by the official, he just looked funny while he was throwing the flag. 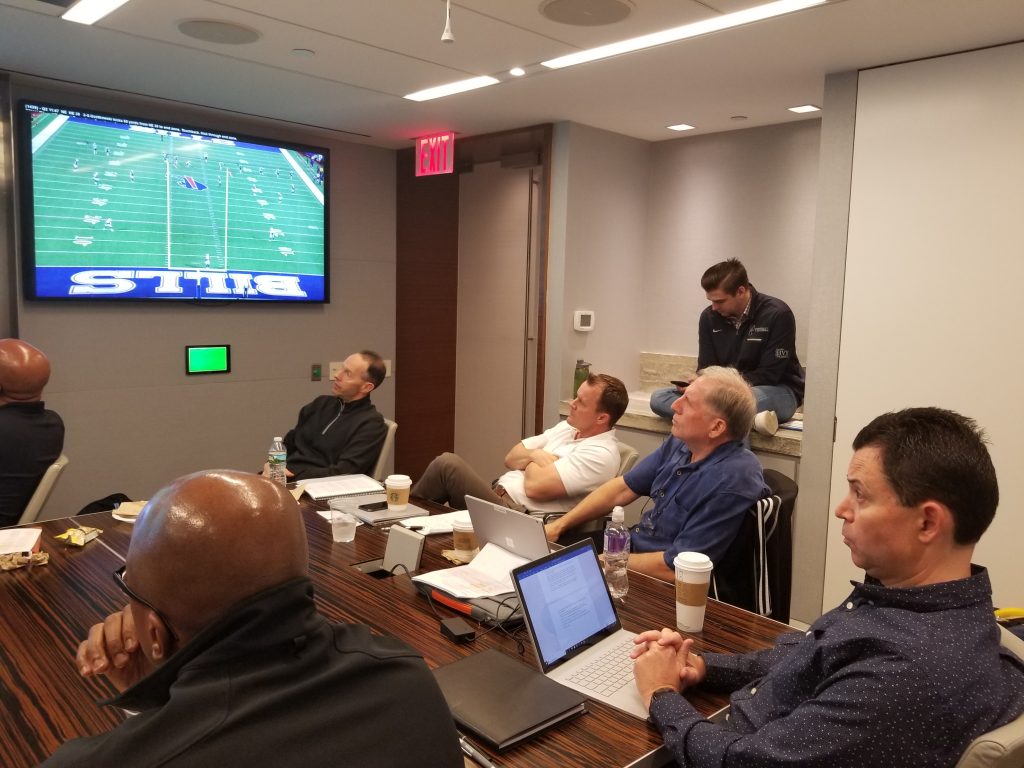 That incident came right on time as the NFL referees were in a back and forth constructive debate on a particular play during film study.

The NFL referees’ meeting is highly contested because of the importance of getting the play right. While the media and public use videos to criticize the league’s officials, the referees use video to sharpen their skill set more. The game of football is a blink of an eye sport and it is imperative that the officials continuously review.

With the constant movement on the field from the  pre-snap count, man-in-motions, defensive sets to the crossing action on the field during plays, the officials take in accounts and familiarize themselves with the antics players  cause on the field. The bobbling of the head, quick twitch with the hips and hands and other tomfoolery that players will purposely commit.

Players and coaches consistently look for ways to get their opponent penalized.

NFL Regional Supervisor of Officials Bill Leavy put together a series of videos for the referees to discuss situations that occurred and how they should manager them. A main purpose for the mini-clinic is to allow the officials to voice their opinions leading up to their final clinic in July so they all can be on the same page entering the upcoming season. 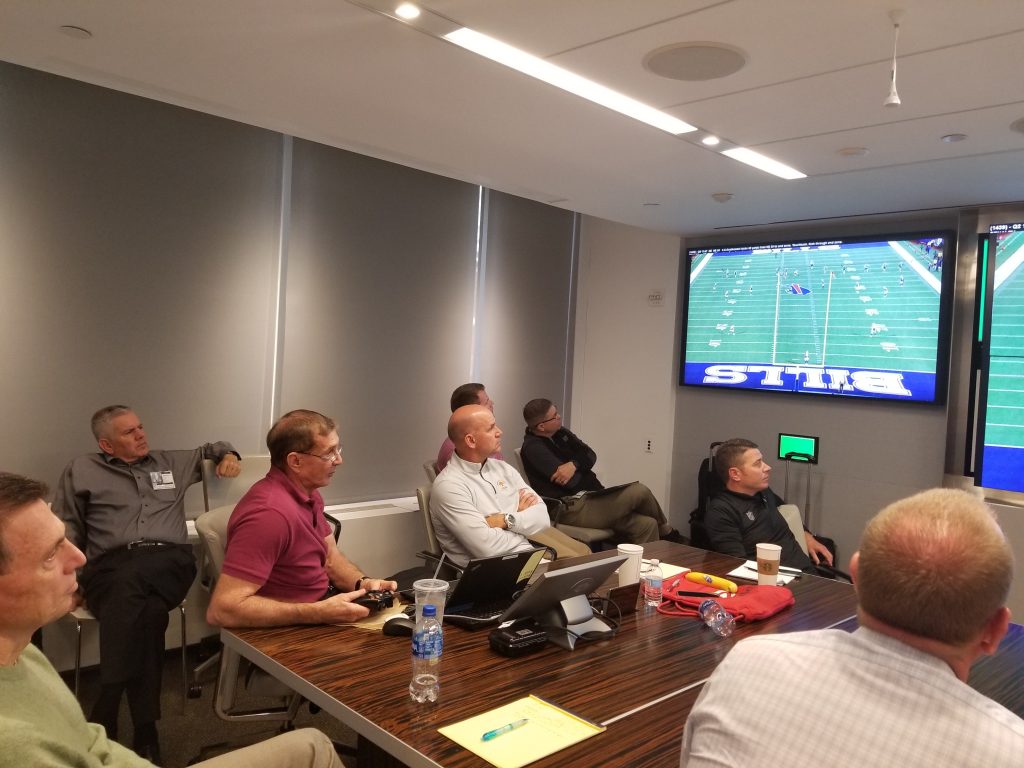 May 18, 2019 – NEW YORK, NY – NFL Regional Supervisor of Officials Bill Leavy conducting one of the referees’ meetings at the 2019 NFL Officiating Mini-Clinic. (Photo by: Locker-Report.com)

“It’s important that we all are on the same page as an unit. That way, nothing can be questioned,” voiced a veteran referee. “This information is very good.”

At the end of the day, the NFL Caretakers are fans of the game as well. They love big plays, competitive banter and the talents on the field they interact with. Still, what makes the officials professional and the best at what they do is how they separate emotion from the game.

And also at the end of the day, they find ways to get a laugh out of one another.

“Man, you officiated one of his games, right (laughter),” said one official to another while on break watching “A Football Life” on Hall of Famer Joe Greene. “Hey, I may be old, but not that old (laughter).

Welcome to a day in the life of a NFL official – all about the process, while having fun along the way.

2019 NFL Officiating Mini-Clinic: ODPs Get A Lesson On How "No Talent" Can Secure The Job Previous post