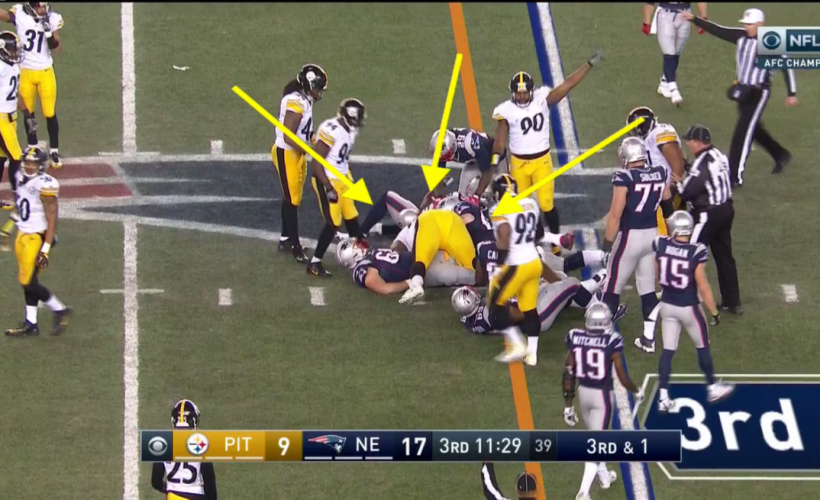 2017 NFL Officiating Clinic: The Line Is Drawn, New Rules And Emphasis Are Established

IRVING, Texas – The game of football is important to its players, coaches and involved administrative personnel. The officials take the urgency of the game to its highest level of importance, and the NFL Caretakers raise the standards each year as the game’s leader in safety and competitive balance.

“We need to make the game better and we have to stay ahead of the game,” said NFL senior vice president of officiating Al Riveron when he addressed the 124-man officiating crew at the 2017 NFL Officiating Clinic. “We owe it to the game.”

During the opening session of the clinic, Riveron wasted no time in deliberating the new rule changes and points of emphasis for the 2017 campaign. He commanded the officials attention and drawn the line between “legal,” and “foul.” 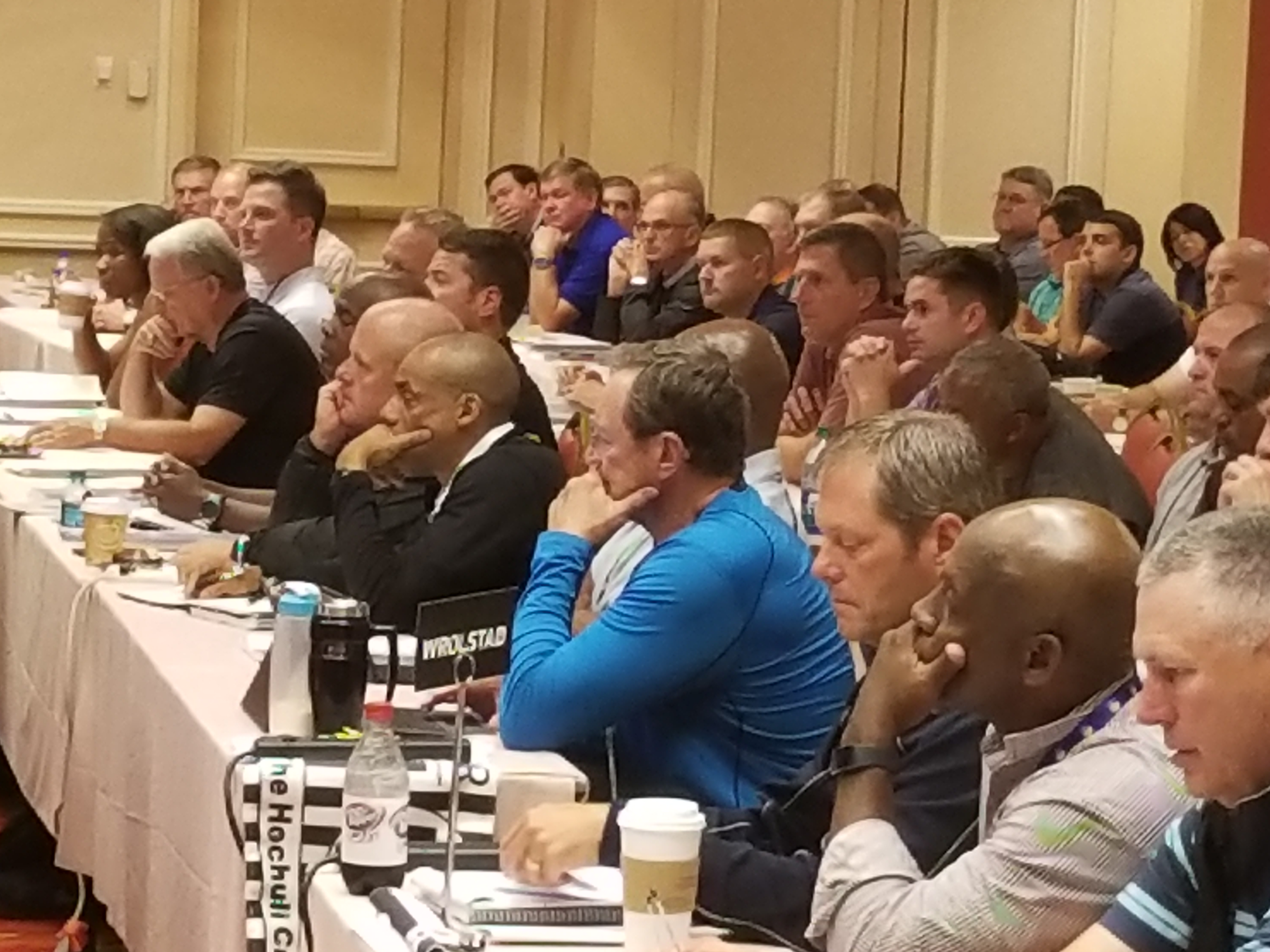 On field goals and extra points, players are not allowed to run and jump over the offensive line to make a block attempt. Players must be in a stationary position on the line of scrimmage to attempt to make a block. If not, it is a foul.

The defenseless player ruling is now applied to route runners. Within five yards, contact continues to be legal. However, if a player strikes their opponent in the head and neck within five yards from the line of scrimmage, it is foul.

No longer will a defender derail a receiver while running their route.

If a player is not going north or south of the field to make a block, it is a foul.

If a second infraction is made after a warning, the player will be ejected. This is a permanent rule.

By rule, Game Day Central will have the final say on a questionable and challenged call. 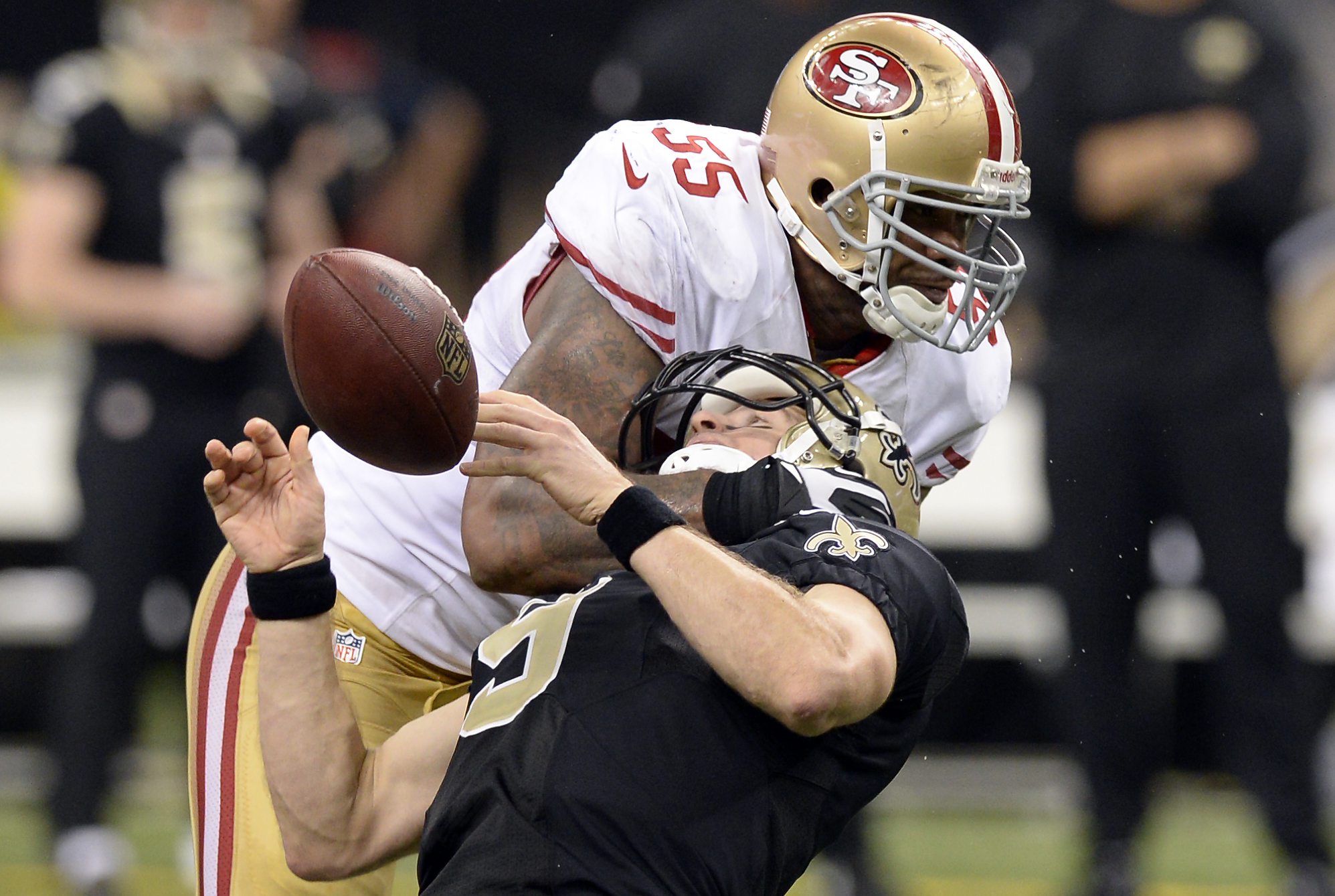 Points of emphasis are targeted principles that NFL Football Operations want to improve the game and enforce player safety.

The quarterback is the most important asset for each club. Generally, when the number one quarterback goes down, the team normally sinks.

HITS AWAY FROM PLAY

There will be new timeout procedures and fewer commercials. There will be no timeouts after the extra point. Following points scored, the :40 second will begin immediately.

Scoring a touchdown and making a play in the NFL is difficult. When a player cross the goal line or achieve a great feat on the field, the need to express they satisfaction is understandable. Following countless conversations between players and the league office, celebrations are allowed, except for: inappropriate gestures, referencing motions of using a weapon and taunting.

The football is the only object that can be used as a prop.

Prolonging the game can be deemed as excessive only if the celebratory act prohibits the officials from doing their job.

Riveron said it best when he stated that today’s live action on the field was not there 10 years ago. The former official, now senior president of officiating made the NFL Caretakers aware that teams will test them, and encouraged the men and women in stripes to be on their toes.

“Get ready because they are going to play games. Yes…it might be more pressure, but you can do it,” said Riveron.