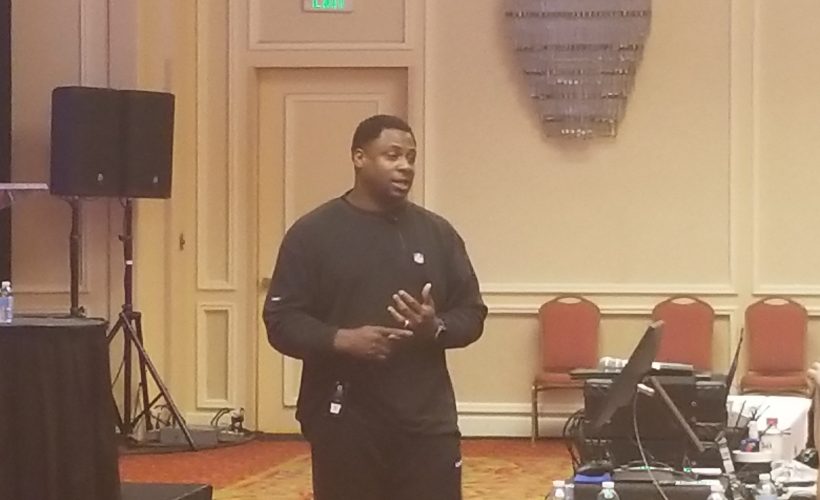 2017 NFL Officiating Clinic: Humanizing Officials Is The Next Step

IRVING, Texas – Over time, fans loosen up towards NFL players as the league and media outlet humanized them as men with families and personal every day cares. The NFL Caretakers are no different. The men and women who keep the game in bounds deserve to have their stories told as well – so the disrespect towards them can be lessen.

The criticism professional athletes received from fans of their respective sport are largely due to their salaries. Countless individuals across the country believe that players should not be paid the millions they truly earn. Nevertheless, uncounted fans have toned down their frustration towards the players because, over the past couple of decades, the league and media tapped into their personal side.

And the NFL started that enlightenment.

Today, fans are just as intrigued with the players off-the-field matters as their field of play. Now, it is time for the officials to be featured, and to have the notion of them only showing up for game day removed.

And the NFL recognizes that they must lead the way in that movement as well.

“We have to humanize the men and women who facilitate our game just like the players,” said NFL executive vice president of football operations Troy Vincent to the officials at the 2017 NFL Officiating Clinic. 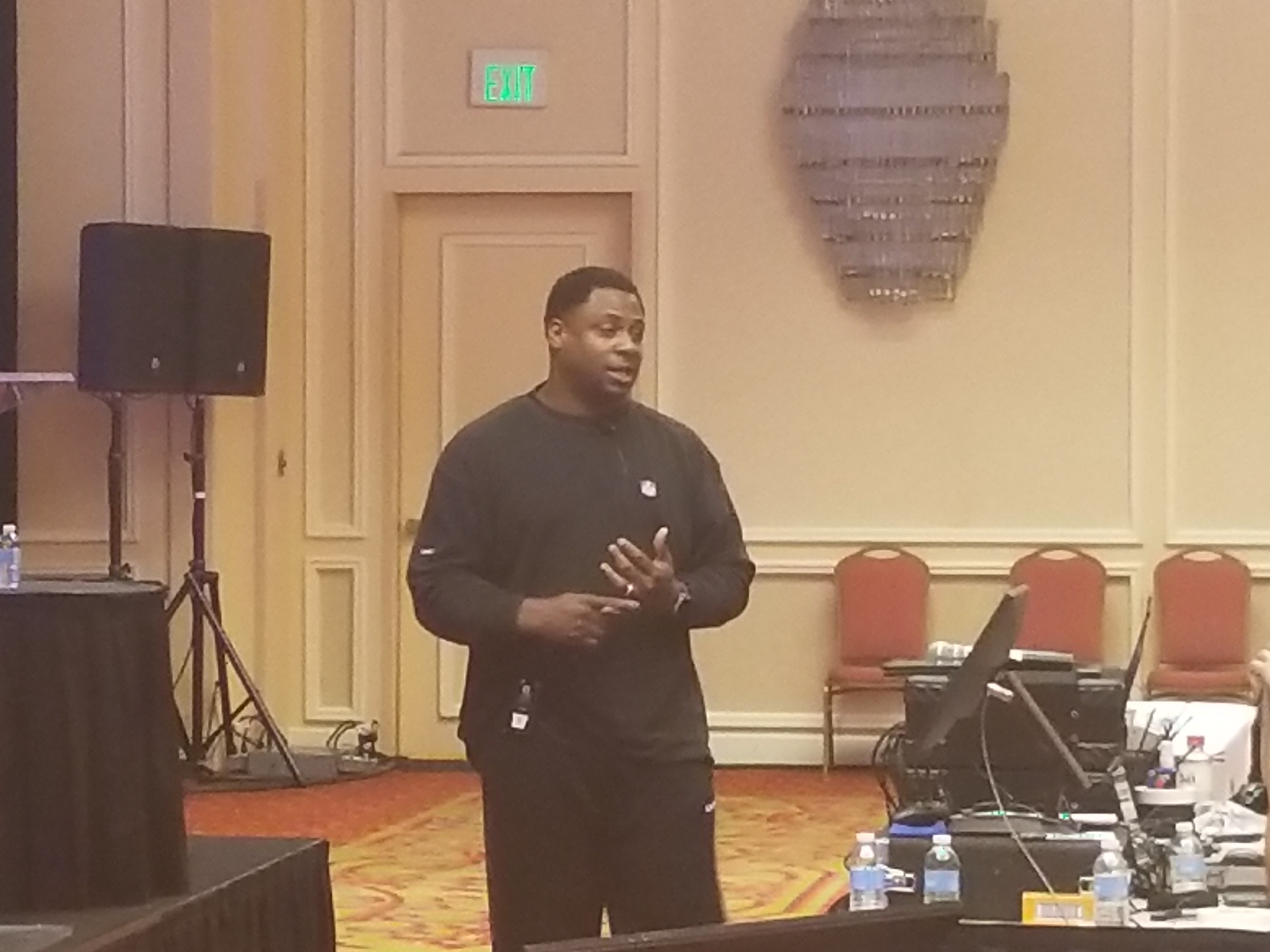 Across the board, officials are not embraced the way they should. Other than having rules to protect officials from physical harm, the mere fact that sports associations had to implement instructions on how to treat and handle officials is proof of that situation.

Vincent and NFL Football Operations believe it starts with them to humanize their officials, as they are the leader in officiating.

“This (organization) has to be first class,” Vincent said. “We got to be better. We must help you guys to do better. Our officials are the cream of the crop of officiating.”

NFL Ops has a year round nutritional and training plan, which is catered to each individual official. The NFL Caretakers often meet on their own during the non-playing season, and instead of enforcing the rules of the game, they strengthen the rules by creating scenarios of what could happen and how it should be handled.

NFL officials have the support of NFL Football Operations. Now, it is up to the teams, and their players, to respect the NFL Caretakers’ duties. When all the authorities within the NFL are on the same page with officiating, humanizing the NFL officials will be more appealing to the media and the fans will welcome it – as they did the players.

Then, collectively, the viewing of officiating will change.

2017 NFL Officiating Clinic: The Eye Does Not Always Witness The Truth Next post