Being selected in the NFL Draft is a distinguished moment that will always be remembered by individuals who were blessed to experience the process. The NFL Draft process either creates excitement or heartbreak. Irrespective, the NFL Draft is a life changing event as told by NFL legends reflecting on the moment in time when their name was called, good or bad. 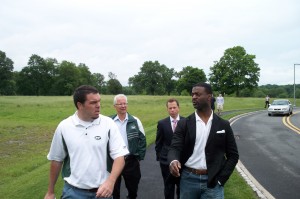 NFL Vice President of Operations Merton Hanks hopes the players of the 2015 NFL Draft found proper council leading up to the process. Hanks, the legendary defensive back for the San Francisco 49ers, undeniably remembers his encounter as to what should have been.

“I would have secured better council leading up to the draft,” said Hanks. “As a young married man, I spent more time transitioning from college after graduating than actually preparing to be a NFL professional. I would have prepared better for the combine as my poor performance hurt my draft stock at the time.

“San Francisco had me ranked far higher than where I was eventually selected, 141-overall in the fifth round, but based on my college film and professional production, I should have been a first round pick.”

Hanks has no bitterness in his heart as he learned from his lessons, and other than introducing policies and issuing fines on illegal hits by defensive backs, the Dallas native is a renowned speaker who encourages individuals to consciously make the right decision.

The one thing that’s not consistently emphasized, publicly, is the importance of being a professional on the field and the pressures of being drafted, whether high or low in the rounds.

Hanks charges all the 2015 NFL draftees to sincerely connect with a veteran teammate to help them to ease the pressure on how to handle the expectations. As Hanks says:

“When San Francisco 49ers pro bowl tight end Brent Jones and I were working out together after the draft in 1991. Brent made certain to communicate the 49er way and lofty expectations to not only contribute to a team prepared for a championship run, but to be great while upholding established traditions of 49ers excellence.”

Hanks went on to have a solid NFL career. The Iowa product was a four-time Pro Bowler, three-time All-Pro and a Super Bowl champion. Hanks also become known for his unique celebration after interceptions or touchdowns. He would drop his arms and proceeded to perform his “pigeon dance” while jerking his head back and forth. 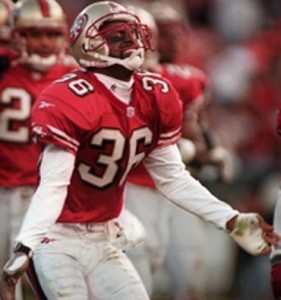 Being drafted into the NFL brings peace of mind. Knowing that a team desires to invest into an athlete speaks volumes as teams determine that such players are essential for the rebuilding of a club.

Hanks was a “Franchise Builder” and helped secure the fourth championship for the 49ers in 1995. He appreciates and respects the process of the NFL Draft, and anticipates that each player selected will learn from personal lessons to achieve success in the league.

“NFL teams give drafted players more opportunity to succeed in making the team as these players are often drafted on perceived talent level and team need. The expectations for improving any team start with overall team talent level and that starts with being successful in free agency and the draft.”