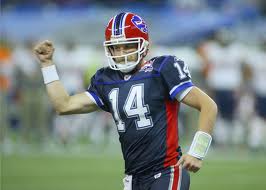 Other than the play on the field, the NFL produces great individual stories of breakout and comeback players each year.  The two most captivating stories of the 2010 season were of Philadelphia Eagles quarterback Michael Vick and Cleveland Browns running back Peyton Hillis.

Well documented was the return of Vick to the NFL after serving nearly two years in federal prison for dogfighting charges.  In 2009, Vick signed with the Eagles to backup, then, quarterback Donovan McNabb (currently with the Minnesota Vikings) and Kevin Kolb, now with the Arizona Cardinals.  The tutorage and knowledge Vick learned from McNabb came into fruition last season when Kolb went down and Vick stepped up and stood.

Vick was a candidate for the league’s MVP, along with New England Patriots quarterback Tom Brady who eventually won the honor.  Vick had his best season as a quarterback, finishing with 3,018 passing yards, 21 touchdown passes, six interceptions with a 100.2 passer rating—while bring the NFC East title back to Philly.

Despite some people in society will never forgive Vick for his past actions, many have embraced the 31-year-old, scrambling quarterback and are excited about his successful return.

Hillis was a great story due to the fact football fans and NFL experts have never heard anything about the stampeding running back from Arkansas, let alone knew he existed.

Hillis was a part of the Brady Quinn trade from Cleveland to Broncos.  Due an injury sustained by running Montario Hardesty and the trade of running back Jerome Harrison to the Eagles, Hillis took over the limelight in Cleveland after taking centerstage against the Ravens at M&T Bank Stadium in Baltimore as he ran for 144 yards and a touchdown.

Hillis battled his way through defenders as he registered 1,177 running yards, 11 touchdowns, averaging 4.4 yards per carry.

Both players faced a question during the season last year: Could Vick continue his great play as a pocket passer and could Hillis continue his dominance against opponents as a white running back?

Vick and Hillis answer the call last season as the top two headliners and when it was all said and done, both players were in contention of having their face on the Madden ’12 game cover, which Hiilis ultimately won.  However, the two following questions may continue to seek an answer into the 2011 season.

As last year’s saga led the way, expect to witness more breakout stories for the 2011 season and here are a few to start with. 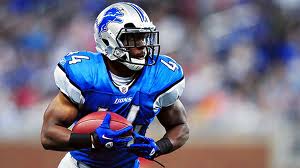 Best is the perfect storm that is ready to have touchdowns all around NFL stadiums.  Best is a speedy combo back with surprising power finished with 1,042 yards from scrimmage (555 rushing, 487 receiving) and six touchdowns (two receptions) last season as a rookie, but had limited production after sustaining a turf toe injury in Week 11 against the Dallas Cowboys.

Unfortunately, rookie running back Mikel Leshoure, the second round pick from Illinois, ruptured his Achilles’ tendon, causing him to miss the entire season before he step onto the field to contribute to the one-two punch between Best and him for the Lions expected successful 2011 campaign.

“That’s the bummer about it—he was such a fine young player. He’s going to have a great career, I told him it’s a temporary setback for him,” said Lions offensive coordinator Scott Linehan, according to mlive.com.

However, with additions of running backs Mike Bell and Jerome Harrison, Best will not have to carry the load for the Lions with his 5’10,” 199 pound frame.

Best will become one of the next high profile combo backs in the NFL due to his running and pass catching abilities.  Behind a big offensive line looking to improve from last season and for a quarterback looking to stay healthy in Matthew Stafford, Best’s talents will bail his blockers out due to his quickness to the outside and help provide an out for the Lions signal caller who will be under pressure.

Lions wide receivers Calvin Johnson and Nate Burleson will command attention, which will contribute to Best having a great season.

“It’s so much different to go from your rookie year to your second year, especially as a runner,” said Linehan. “You’re just learning the schemes and the timing and all of that. Once he (Best) got in to the season, he wasn’t really able to practice much. Every rep he’s taking now—at 100 percent healthy—he’s taking it to another level.”

The former Baltimore Raven running back has a major chip on his shoulder and for a physical runner at the age of 29, newly acquired McGahee probably feels—insulted for not being used properly.

After being traded by the Buffalo Bills to the Ravens in 2007, McGahee believed that he was going to be at a place where his talent and skills would be useful for a team that relies on running the rock, as he strives on physical contact.  McGahee’s first season with the Ravens, his finished the season with 1,207 rushing yards and seven touchdowns off 294 carries.  But after drafting running back Ray Rice, who became the Ravens featured back, McGahee accepted the role as a backup in 2008, finishing with 671 rushing yards and seven touchdowns off 170 carries.

However in terms of having the opportunity to continually be effective, McGahee chances (touches) were completely diminished as the Ravens begin to look more at passing the ball instead of running, which was their strength as quarterback Joe Flacco became more of the focal point.  McGahee touches dropped to 109 for 554 yards in 2008 to 100 for 380 yards in 2010.

Such talent for a quality caliber running back cannot be wasted and after signing a four-year, $9.5 million deal with the Broncos, McGahee is refreshed knowing he will be a part of an offense—that wants to use him.

“I didn’t have many miles on my tires the first two years of my career and now the past three years I haven’t, either,” said McGahee, according to ESPN.com. “I don’t even need a tire rotation … I feel good. I feel ready to help this team.”

McGahee will share the backfield with running back Knowshon Moreno to be a formable attack to help provide relief for whoever the signal caller will be for the Broncos.

In a division (AFC West) where teams are not solid at stopping the run and coming from a division where rushing the ball was essential, McGahee will get over a 1,000 yards rushing this season making the Broncos a legitimate threat on the ground.

McGahee can finally display his talents again for a coach that is committed to running the ball.

“… I’m glad to be here, knowing I’m playing for a coach who pounds the ball,” said McGahee. 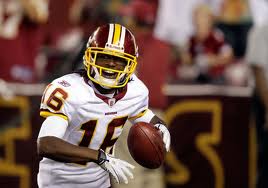 Last season after signing as an undrafted rookie free agent, Banks wasn’t sure where he would fit (let alone make the roster) on the Redskins, a team that desperately needed help on special teams.

Banks returned a punt for a 77 yard touchdown against the Buffalo Bills during a preseason matchup.  However after a disappointing outing against the Ravens, he was released on Sept. 26 by the Redskins, only to signed to their practice squad three days later.

While being instrumental in several games for the Redskins as he provided great field position for the team, Banks has become the weapon the burgundy and gold was looking for in their return game since the great Brian Mitchell.

During the offseason, Banks sustained a knife wound while attempting to assist a friend from being attacked at a Washington D.C. downtown nightclub on Feb. 12.

Again, Banks has fought back and he showed his desire to be much greater for the Redskins this season as he returned a kickoff for 58 yards, despite the rule changes of kicking off from the 35 yard line oppose from the 30, and took a punt back for 19 yards against the Pittsburgh Steelers in the team’s preseason opener.

If Banks can stay healthy and not sustain continuous hard blows to his 5’7” 155 pound frame body, this undrafted rookie from a year ago could easily be mentioned in the same breath with the Devin Hesters and Josh Cribbs’ of the NFL this season, due to his speed and quickness.

The Redskins are rebuilding, but Banks will single handedly help make them relevant scoring threat due to the consistent great field position he will provide after his returns. 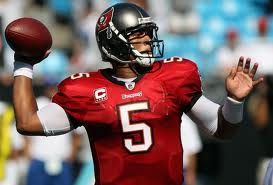 This is the year when Freeman will become a household name.

Why?  Because the taste of last season’s success continues to be sweet in his mouth as he led the Bucs to a 10-6 record after finishing 3-13 the campaign before and just fell short of making the playoffs.

Freeman is a man who write his plans out and dedicate his time and efforts towards his goals and he’s recognized for it.

“He prepares like a coach,” said Bucs head coach Raheem Morris, according to the USA Today.  “It’s definitely showing up…When he goes out there, you have to feel that you have a chance to win, you have the ability to win.”

Standing at 6’6” 248 pounds, Freeman is light on his feet and he’s not just hard to bring down, but to catch as well.

Next to last season’s league MVP, Brady, Freeman’s touchdown-to-interception ratio was second best in the NFL at 25-6, as he complied 3,451 passing yards.

The expectation of Freeman was not high coming into the 2010 season, but this year, it’s a different scenario, a scenario where the first round draft pick from 2009 knows it’s not time to relax.

“When you get good, it’s not a time to relax. It’s a time to move forward and see what your limitations are. I’m going to keep going,” said Freeman.

Powered by running back LeGarrette Blount, who will become a star this season, and pass catchers in tight end Kellen Winslow and wide receiver Mike Williams, along with the return of wide receiver Arrileous Benn (who tore knee ligaments in Week 16), Freeman will completely excel this season—into the playoffs. 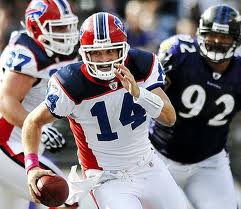 Apparently, NFL experts and football fans outside the Buffalo believes that the Bills does not have a quarterback.

Well folks, the Bills’ organization knows they do have a quarterback and the football world will see Fitzpatrick take center stage.

After floating around the NFL from the St. Louis Rams to the Cincinnati Bengals, Fitzpatrick may have find a home in Buffalo where he can erase the ashes of a up and down career to flourish and resurrect a franchise that desperately needs a miracle.

Of 13 starts last season, Fitzpatrick finished with 3,000 passing yards with 23 touchdowns and 15 interceptions where half of them were not his fault.  Bills’ opponents took them lightly in 2010 and thanks to some mishaps on Buffalo’s part, playoffs contenders like the Ravens, Steelers, Kansas City Chiefs, and the Chicago Bears almost made a costly mistake.

The Bills will welcome the AFC West and NFC East divisions, in which Fitzpatrick can be successful through the air (especially against the AFC West) with his quick release and knowledge of the game despite not having wide receiver Lee Evans who was traded to the Ravens for a 2012 fourth-round pick.

The playoffs continues to not be in the Bills’ future, but at least they have a quarterback that could help get them they rather sooner than later.