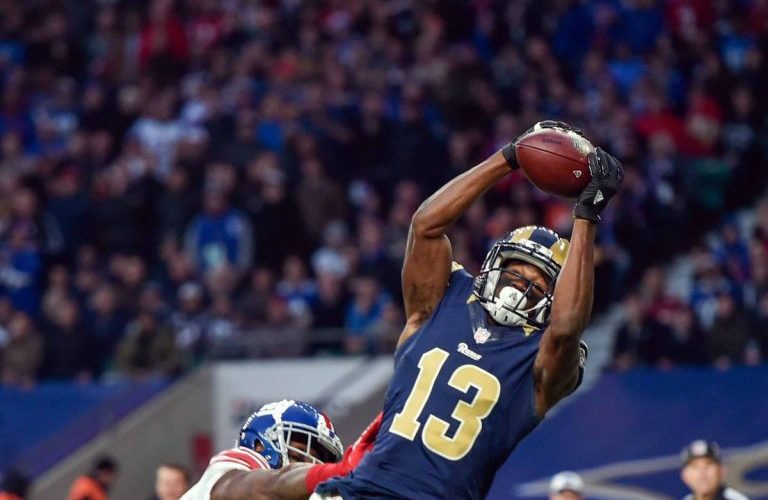 After being suspended for the first four games of the 2017 season due to violating the NFL’s policy on performance enhancing substances, wide receiver Mike Thomas returns to the field with his spirited Los Angeles Rams teammates and looks to add to the explosiveness the receiving corps already has offensively.

Thomas is ready to move forward following his mistake and get back on track.

“It just was a disappointment at the end of the day, just knowing that I did (something) irresponsible,” Thomas said, according to LA Times. “Put it behind me and looking forward to coming back.”

The Rams’ receiver position is loaded with six standouts. With Thomas in the fold, teams will have to account for each pass catcher due to the playmaking ability of those standouts. 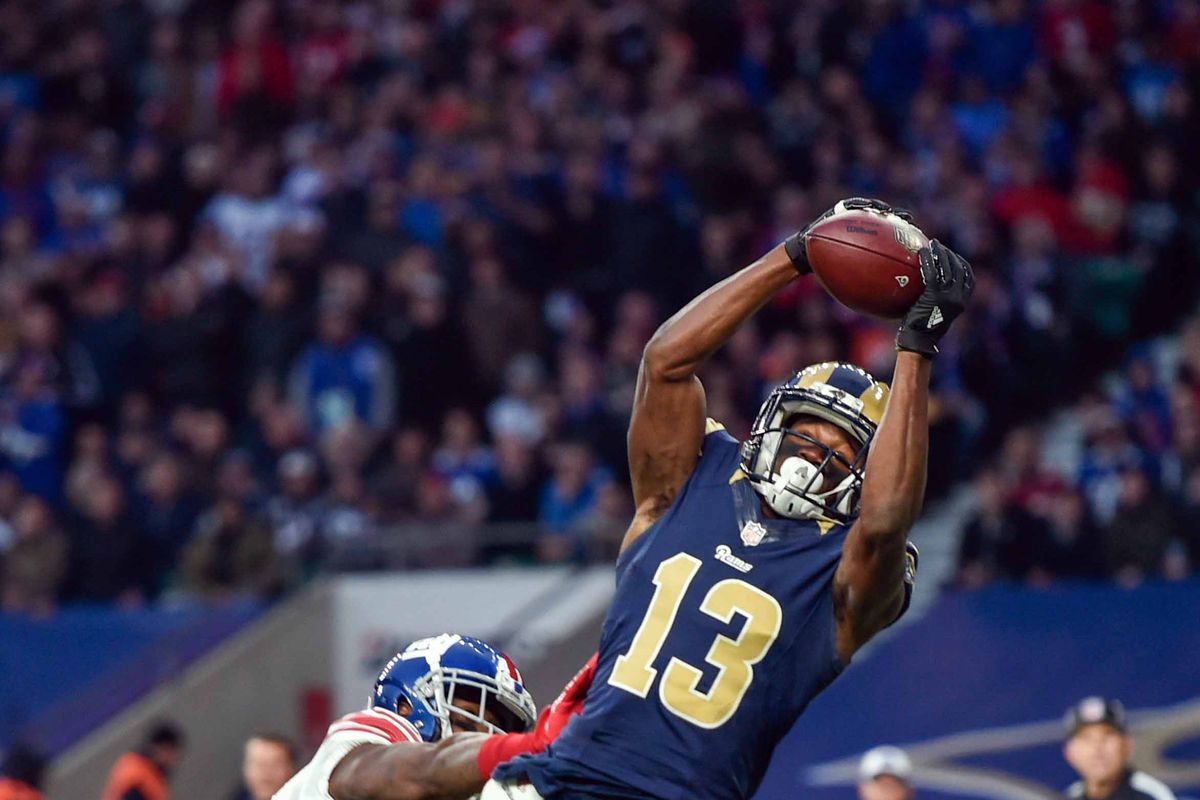 Thomas attended the 2016 NFL Regional Combine at the New Orleans held trials and was drafted by the Rams in the sixth round last year. Rams rookie head coach Sean McVay witnessed Thomas’ skill set over the summer and recognized his value to the club.

“Mike’s got a lot of value,” said McVay. “He’s got some speed. I think he’s continued to improve the nuances of playing the position. Then he’s also a big asset to (John Fassel) and the special teams. How that affects the 46 on game day is something that we’re going to monitor as the week progresses. But Mike’s a guy that we’re glad to get back.”

Thomas battled with consistency last season. The vertical threat must be sharp out of the gate as his touches will be limited until he earns more among the Rams talented grouping.

“We put in so much work together in the offseason,” said Rams wide receiver Robert Woods. “And to get him (Thomas) back is like, let’s get back to it and it’s just another added weapon.” 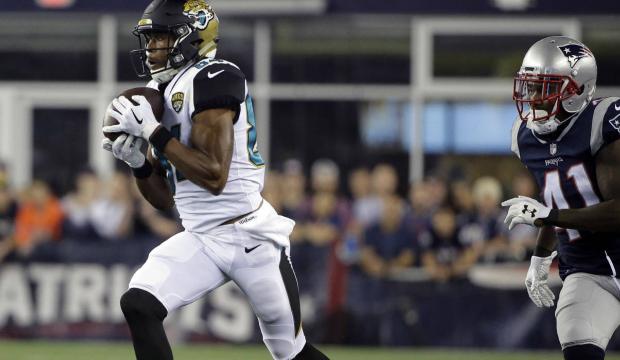 Chances are Rams safety Cody Davis and Jaguars rookie wide receiver Keelan Cole will confront each other. Cole is on the brink of having a breakout showing, but he will be challenged by Davis and Rams’ secondary.

Davis is only flying to the ball, but he is going low to lay some wood as well. The 6-1, 203-pound defensive back is aggressive and is fearlessly attacking ball carriers.

He will have his sights set on rookie running back Leonard Fourlette, but he will have to deal with Jaguars full back Tommy Bohanon, who participated in the Combine Series and is comparable to Davis. 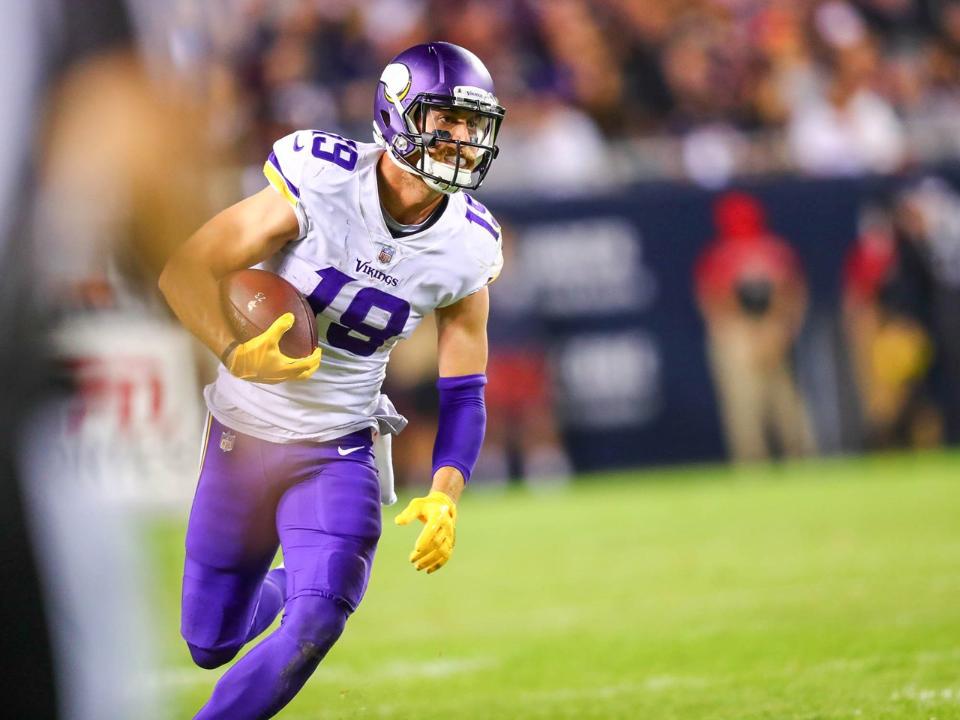 The last time Vikings wide receiver Adam Thielen faced the Packers, he had a career day with 12 catches for 202 yards and two touchdowns.

Thielen leads his team in receptions with 29 and depending on wide receiver Stefon Diggs’ health, he will be tops in yards after Sunday’s contest.

Packers wide receiver Trevor Davis caught his only targeted pass for nine yards this season against the Atlanta Falcons. As a return specialist, he had eight returns for 75 yards over five games.

Week Six should be special. 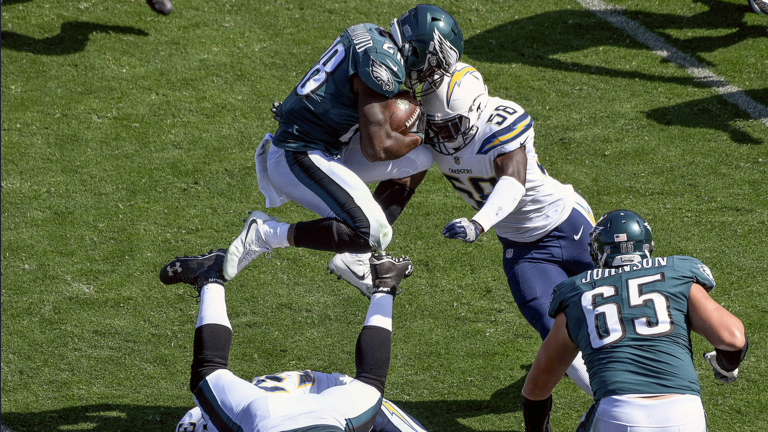 The Chargers will finally look to start a different type of streak Sunday – a winning one. Losers of four straight games, the Chargers earned their first win of the season in Week Five against the New York Giants. Linebacker Jatavis Brown is leading the way for the Chargers with 46 tackles, second most in the league, and rookie linebacker Nigel Harris is following in his RC brother’s footsteps to excellence with 11 stops this season.

Nevertheless, Brown and Harris need to monitor those crossing lanes as Raiders wide receiver Seth Roberts looks to dice up their zone coverage. Roberts typically has success against the Chargers.