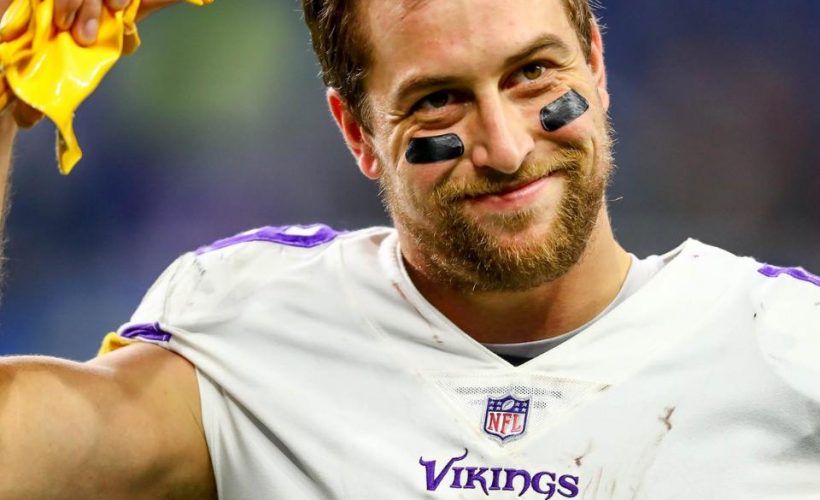 The Combine Report: Week 12 – Thielen Raised The Bar, First WR From RC To Record 1,000 Receiving Yards In A Season

The NFL Regional Combine was established to create a platform for teams to scout potential talent to help build depth. Nevertheless, all creation eventually evolves and the RC is no exception. In the midst of building through the annual workout session, a player raises the bar and performs on a higher level.

Minnesota Vikings wide receiver Adam Thielen is the latest to elevate his skill set from being a contributor to an essential asset.  He has become the first wide receiver from the NFL Regional Combine to achieve 1,000 receiving yards in a season.

But when Thielen is asked about his accomplishment and stats, he always humbly shifts the conversation to what is most important – a team victory.

“I think when I’m done playing I’ll be able to look back at statistical things like that,” said Thielen following the Vikings win over the Detroit Lions, according to ESPN. “Man, right now it’s too fun to keep winning. It doesn’t really matter. Like I said, we have a lot of guys that can make plays. It doesn’t really matter who’s getting the credit. We just love to be on the field and winning games.” 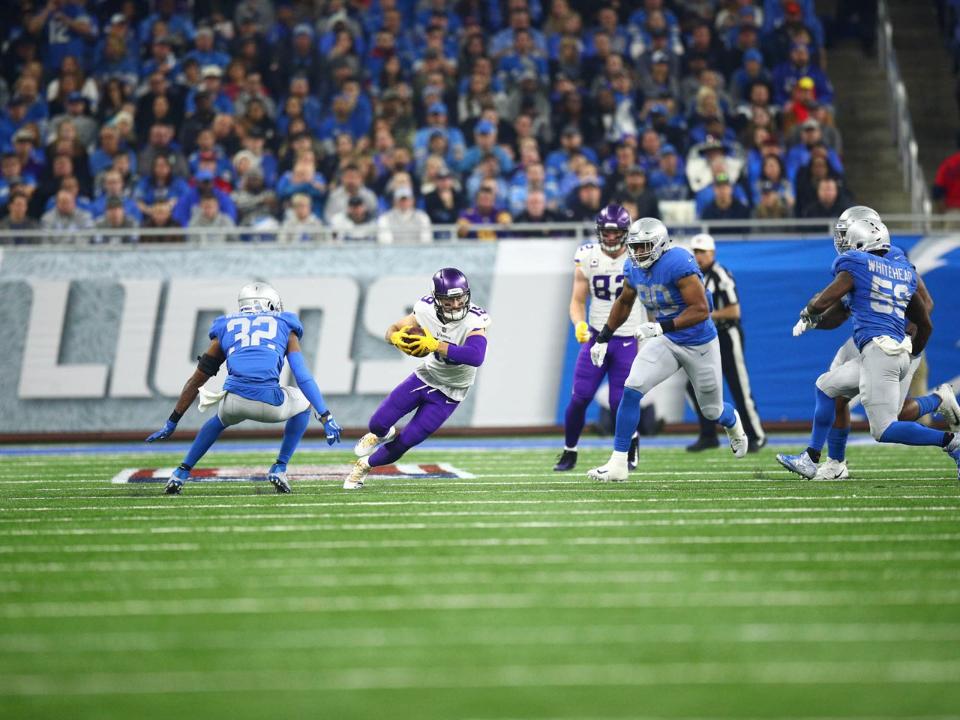 Thielen’s milestone moment came in the fourth quarter with 12:15 remaining in regulation on the Vikings’ 37-yard line when quarterback Case Keenum threw a 16-yard strike to the left side of the field to Thielen. Keenum threw the ball to the outside, Thielen came out of his break to adjust his body to turn inside and made a fantastic hand catch.

Thielen is the first Vikings’ player to eclipse a 1,000 receiving yards in a season since wide receiver Sidney Rice in 2009. He has 1,005 receiving yards after registering eight catches for 89 yards against the Lions on Thanksgiving.

The Minnesota native is no fly-by-night talent who just surfaced. Thielen worked his way from special teams, (where he made plays), quietly worked on his craft and proved he could be trusted with the little things.

“He’s not going to quit, he’s going to figure out a way, he’s going to find a way and he’s a good football player. Tough, competitive, does the dirty work. I’ve said this many times,” said Vikings head coach Mike Zimmer. 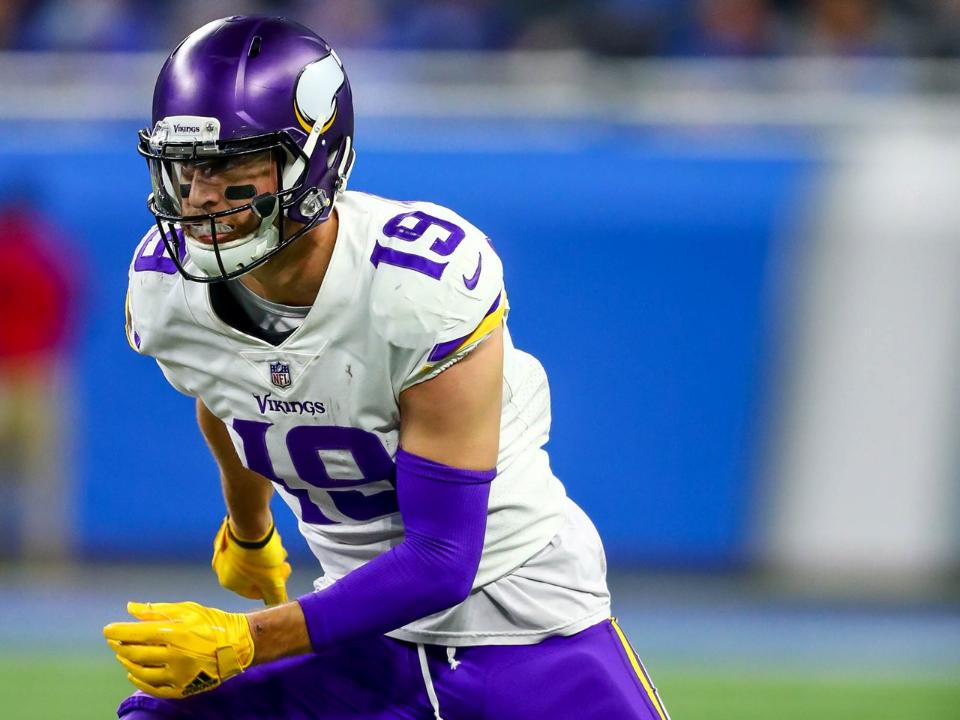 A few other players from the RC played major roles in their contests, primarily on special teams where the dirty work often goes unnoticed.

The Los Angeles Rams were prepared to take on the hot New Orleans Saints as field positioning was key for opposing defenses. Rams punter Johnny Hekker landed all three of his punts inside the 20. The Pittsburgh Steelers faced the similar situation against the Green Bay Packers, and Steelers punter Jordan Berry answered the bell as he went three for three inside the 20-yard line.

Washington Redskins cornerback Quinton Dunbar is not getting significant playing time since the return of Josh Norman, however, that situation has not stopped the former wide receiver from Florida. Against the New York Giants, Dunbar was the first player down the field in front of the return specialist each time the Redskins punted. The Giants gained only four yards for punt returns. 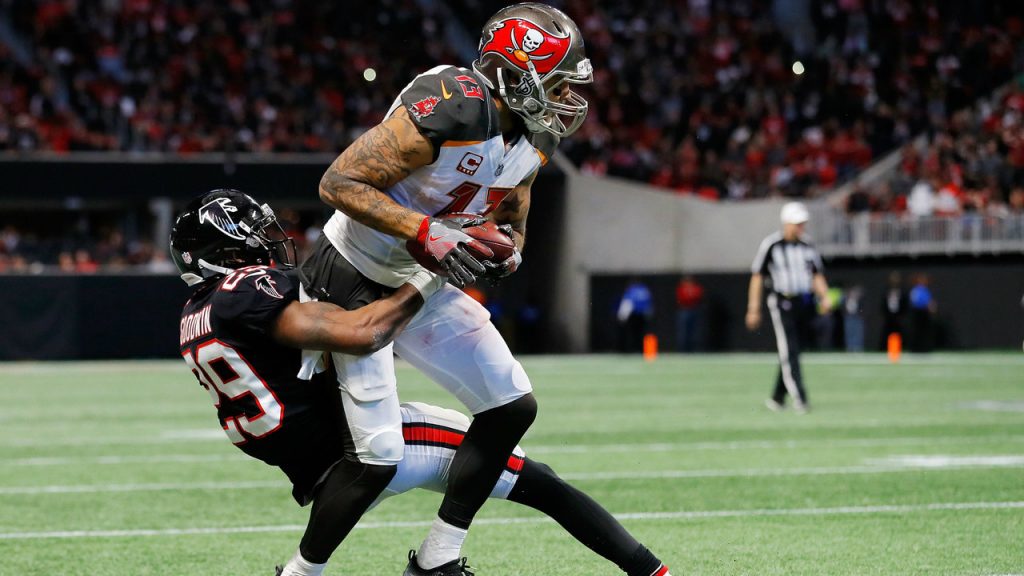 The Combine Report: Week 13 Preview - Time For WR Seth Roberts To Take Next Step Next post