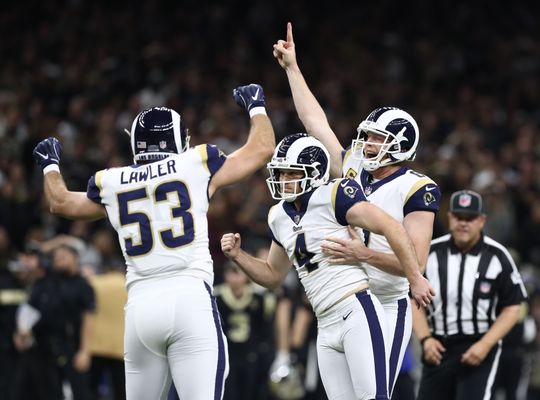 When NFL hopefuls enter the practice facilities of NFL teams for their NFL Regional Combine session, they long for the opportunity to just play in the league. To be able to play in the Super Bowl, that’s unthinkable. For several once unknown gems, the unthinkable has become reality.

Since 2013, at least one representative from the RC platform became a Super Bowl champion.

In Super Bowl LIII, when the Los Angeles Rams take on the New England Patriots, several RC pioneers will have the privilege to raise the Vince Lombardi trophy. If the title game comes down to kicking, the Rams will be led by the best kicking tandem in the NFL – which happens to be a couple of the RC finest in punter Johnny Hekker and kicking Greg Zuerlein. 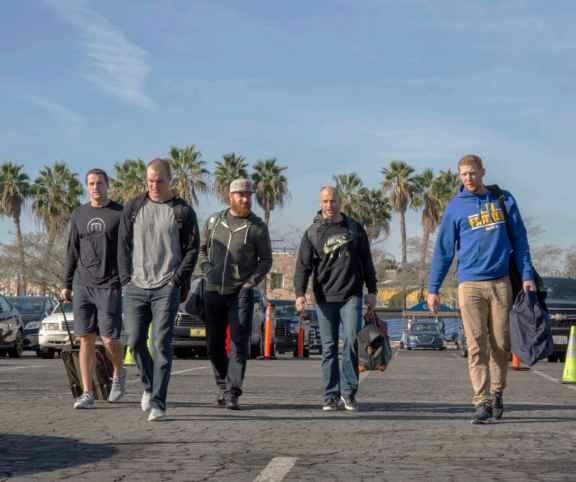 And their skill set is greatly respected.

“Hekker is a tremendous weapon,” said Patriots head coach Bill Belichick when asked about Hekker in a Super Bowl press conference, according to NBC Sport. “This guy looks like as good a player as I’ve ever seen at that position. He’s a tremendous weapon in his ability to punt the ball, punt it inside the 20, directional kick it, involved in fakes, can throw, can run, very athletic.”

“He’s a weapon on the field. He can change field position and he’s a good situational punter and obviously he’s very athletic,” he continued. “You have to respect his ability to handle the ball. I think the main thing when you sent your punt return team out there is you want to make sure you get the ball at the end of the play.

“That’s not always that difficult but with these guys it’s pretty challenging. As I said, they’re all weapons. (Greg) Zuerlein’s a weapon, Hekker’s a weapon.”

Hekker is not a normal punter. The four-time First Team All-Pro is a passing threat as he completed 11 of his 19 regular-season passes attempts for 156 yards, and a touchdown. Hekker’s career passer rating is 102.1. 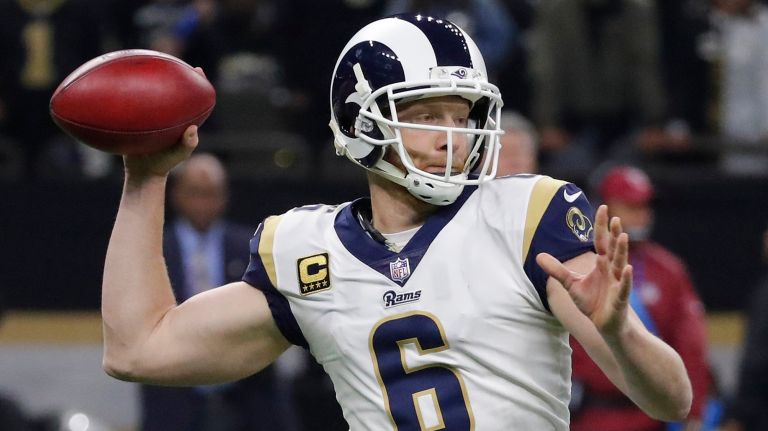 Against New Orleans Saints in the NFC Conference Championship game, literally got the Rams rolling early in the second quarter when he connected with Rams defensive Sam Shield on a fake punt attempt. Hekker completed a 12-yard pass to convert a first down, which led to the Rams first points of the game.

Hekker’s completion was his first postseason throw and if the Rams call upon the former high school quarterback once more in the Super Bowl, he will be trusted.

“He (Hekker) can make big-time plays,” Rams coach Sean McVay. “He can do a variety of different things with that athleticism, not exclusive to throwing it, but also being able to run.”

According to ESPN Stats and Information, Hekker’s 20 passing attempts has been the most by a non-quarterback in the NFL since 2012.

Clearly Hekker is ready, and despite an injury foot, Zuerlein will be ready to go as well. 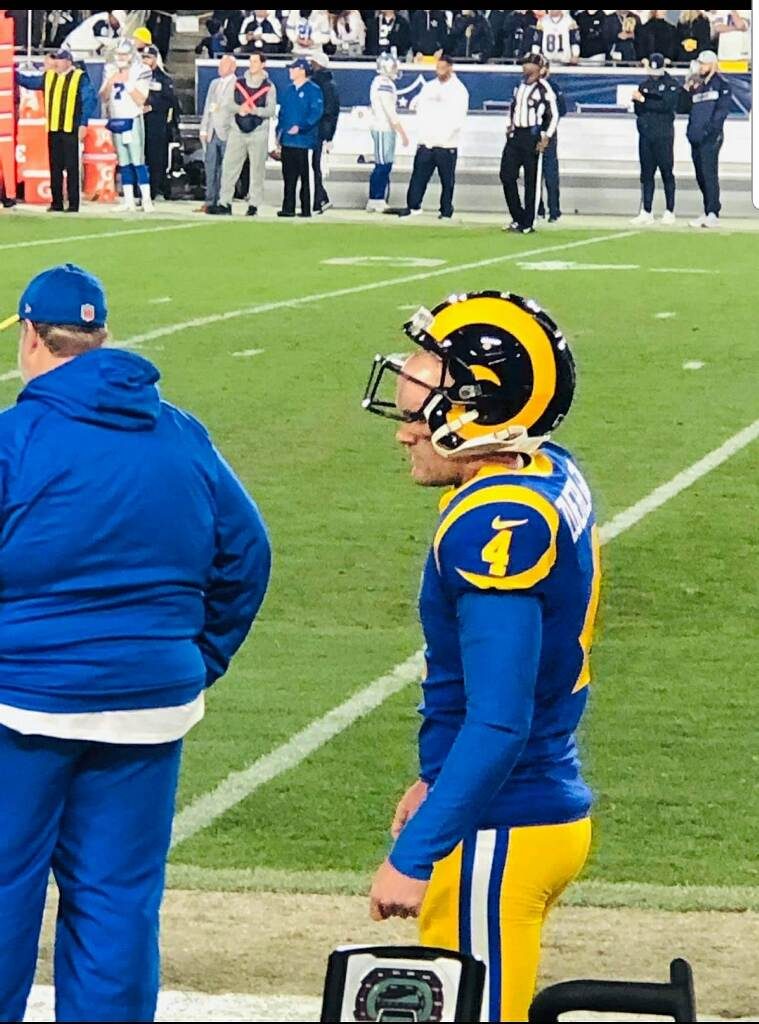 Zuerlein stated he injured his foot sometime in the conference title game, but he still pushed through.

“I don’t really know (how and when injury occurred). It hurt, but not enough to stop me from playing, obviously,” said Zuerlein. “I guess that’s really all I can tell you. It really wasn’t anything special about it, just get the job done.”

“One day at a time, but he’s (Zuerlein) feeling good,” voiced McVay. “No setbacks with that, so all things are pointing in the right direction for us.”

“He’s a great guy, but as soon as you cross the 50, you legitimately feel like you’re in a position to come away with points,” he added. “I just think his resolve, his mental toughness — watching the way that he handled being out earlier in the year and how he was so supportive of the guys that were in his role, I think demonstrated a security that exists on his part.

“But he’s a really good, productive player. And he’s been outstanding.” 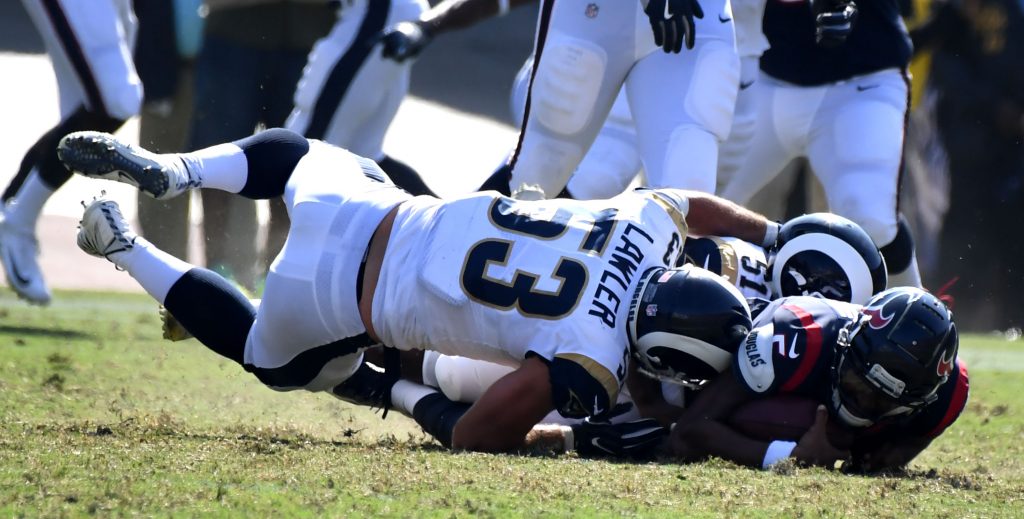 Along with the Rams kicking specialists, rookie defensive tackle Justin Lawler has quietly made an impact on special teams this season as he took advantage of every opportunity. He finished his rookie campaign with six tackles and left a great impression as a potential prime time player, like Hekker and Zuerlein.

For the Patriots, offensive lineman John Ulrick is on IR, which guard Tony Adams is on the practice squad.