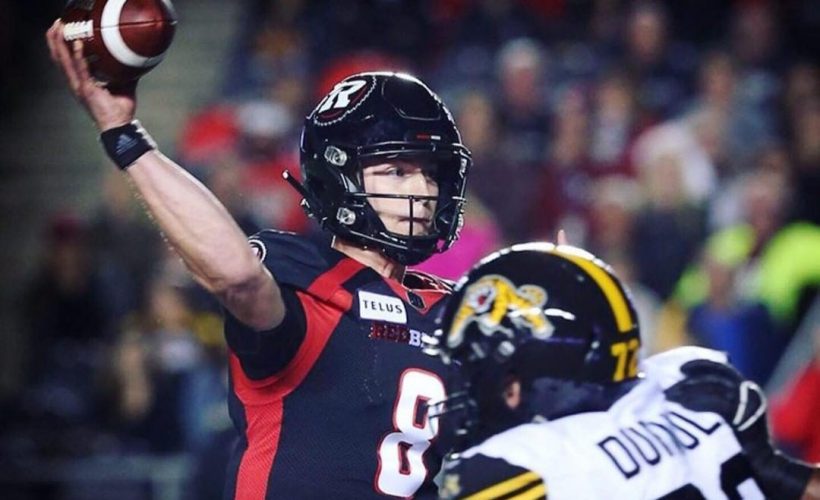 Just a couple of years ago, quarterback Will Arndt was looking on the outside in of a professional football career. He was a huge asset in assisting NFL evaluators at the NFL Regional Combine trials as he tossed ball after ball for promising football talents.

Now, Arndt is throwing passes to accomplished pass catchers in the Canadian Football League (CFL) for the Ottawa Redblacks.

Arndt is among the 24 pioneers who ventured through the NFL Regional Combine process. Many of these players dream of playing in the NFL, however, performing on a high level of professional football – and getting paid for it – is the ultimate goal.

Arndt is an example of how hard work and persistence can manifest and, now, he is living the dream.

“The CFL is an awesome league,” voiced Arndt via conversation. “It’s high level, competitive professional football with a lot of history and tradition.” 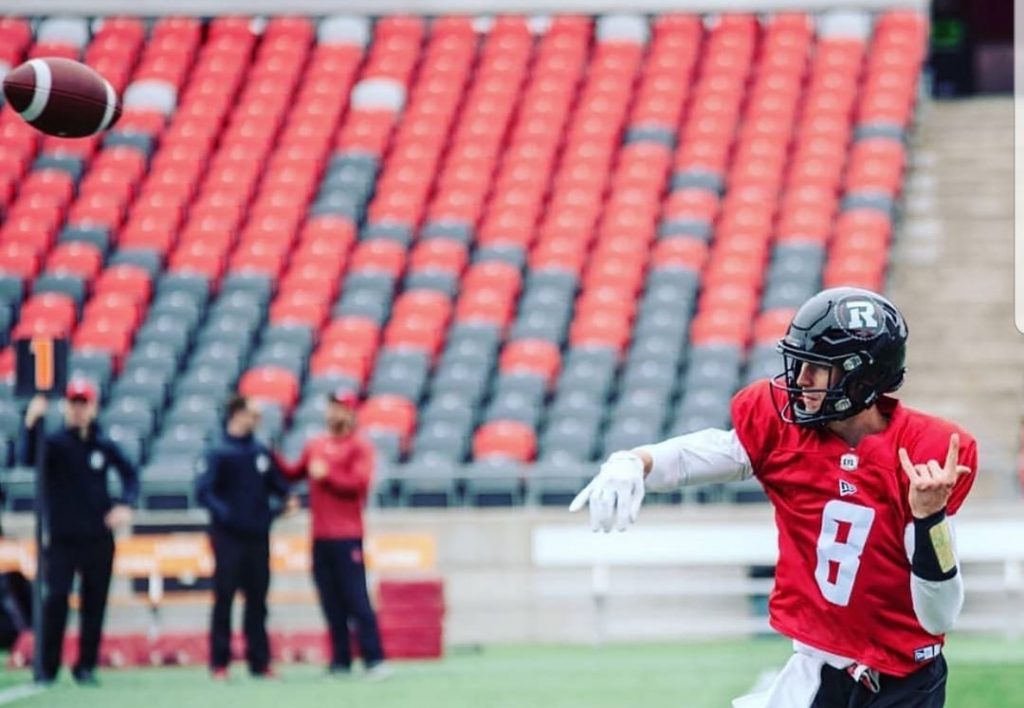 QB Will Arndt in training camp for Ottawa Redblacks. By Courtesy of Will Arndt

Last season, Arndt spent most of his rookie year on the bench or the practice squad. Entering this season, he earned some legitimate playing time during the CFL preseason. Arndt, with his Spiderman-esque – web-shooting follow through, led the Redblacks in passing yards with 308. He was close to throwing his first touchdown pass in the CFL, but he settled for getting across the goal line with his legs, which came against the Montreal Alouettes in the Redblacks preseason finale.

With 6:43 left in the first quarter from the Alouettes’ 21-yard line on first-and-10, Arndt received the ball from shotgun, checked off to his left and threw a deep pass to the post for wide receiver DeVonte Dedmon, but Alouettes defensive back Tommie Campbell pulled Dedmon down by his jersey. Dedmon still tried to haul in the ball with his right hand.

On the next play, Arndt dove over the top of the pile for the touchdown. Clearly, Arndt was excited about his first start.

“Being able to get the start at quarterback in Montreal was a great experience,” said Arndt.

The Redblacks won the Grey Cup in 2016 and returned to the title game last season. After about 40 years from championship glory, the Redblacks have a winning culture and are getting stronger with solid personnel and skilled players.

Arndt wants to be a part of the tradition and his work ethic speaks of that notion.

“Ottawa is a first class organization and it’s a great place to be,” stated Arndt. “It’s been a blessing to play for the Redblacks and be in an organization where winning is part of the culture. I’ve just been putting in the work from early mornings to long nights working on my craft.

“On and off the field my priority is to help push my teammates, stay ready, and doing whatever is needed to help us have success.”

Arndt is not the only trailblazer from the NFL Regional Combine platform who is making his mark.

Check out who else is working towards CFL glory.

Running back William Stanback may not have crossed the goal line last season for the Alouettes, but he will accomplish that feat many times during the 2019 CFL campaign. He stormed the ground last year with 539 yards on 81 carries. This season will be Stanback’s coming out party.

Defensive back Chris Lyles is hungry. Since his debut at the New Orleans-held RC trial in 2017, Lyles been waiting to work for any club that is willing to give him a chance. After a solid showing for the Saskatchewan Roughriders last season, the Alouettes will benefit. 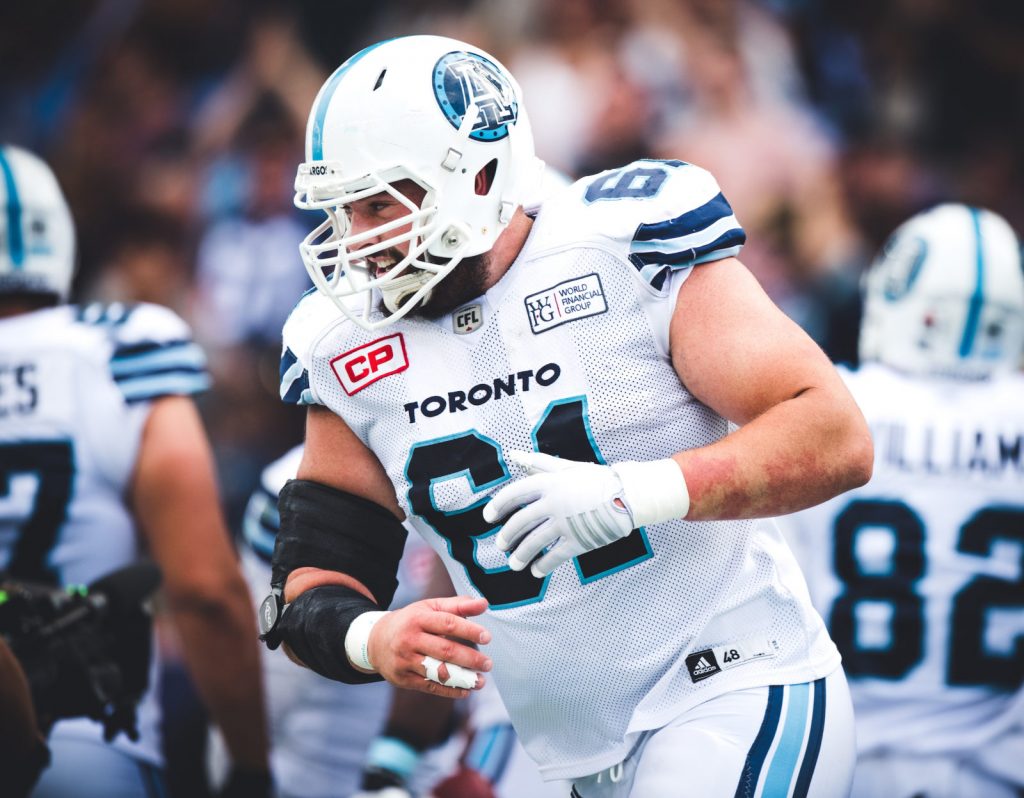 Sean McEwen (61) of the Toronto Argonauts during the game against the Montreal Alouettes at BMO Field in Toronto, ON, Saturday, August 19, 2017. (Photo: Johany Jutras) 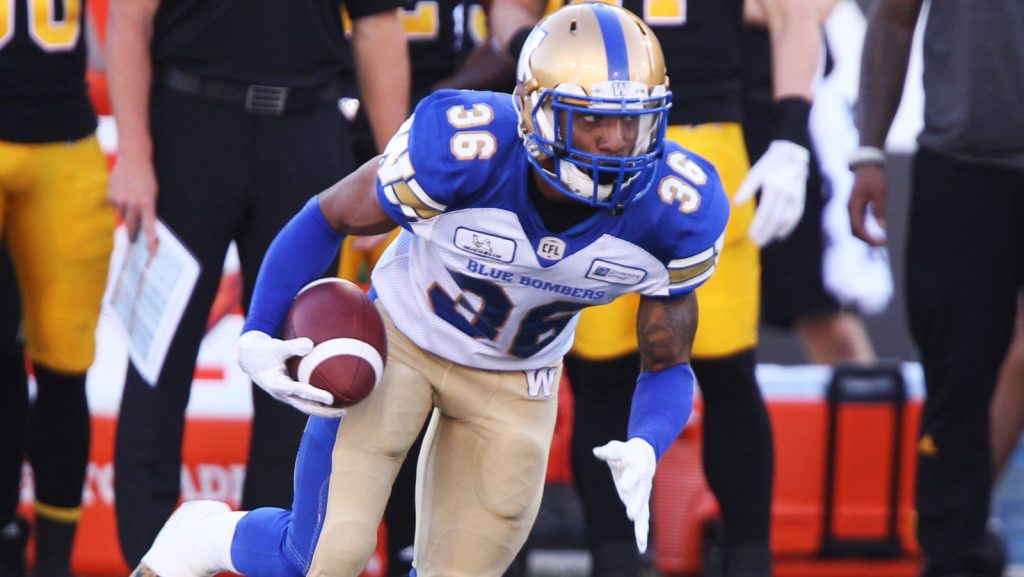 Defensive back Marcus Sayles brought his NFL savvy to the CFL last season for the Bluebombers and he was impressive with 72 tackles, three interceptions and a sack. The sky is the limit for Sayles and the Bluebombers’ secondary.

Injuries got the best of linebacker Shayne Gauthier last year, but he continues to be one of the best special teams’ standouts in the CFL. Moving forward healthy, Gauthier is ready to take his play to the next level.

The Eskimos welcome wide receiver Joshua Stangby and his playmaking abilities. The Grey Cup champion brings a tremendous amount of confidence and swag. After missing last year, Stangby looks to showcase his explosiveness.

Quarterback Logan Kilgore is one of a hand full of quarterbacks who sustained a solid professional career following his RC workout. After a short stint with the New Orleans Saints, he found a home in the CFL. Like Stangby, he seeks to prove his worth after missing a season. 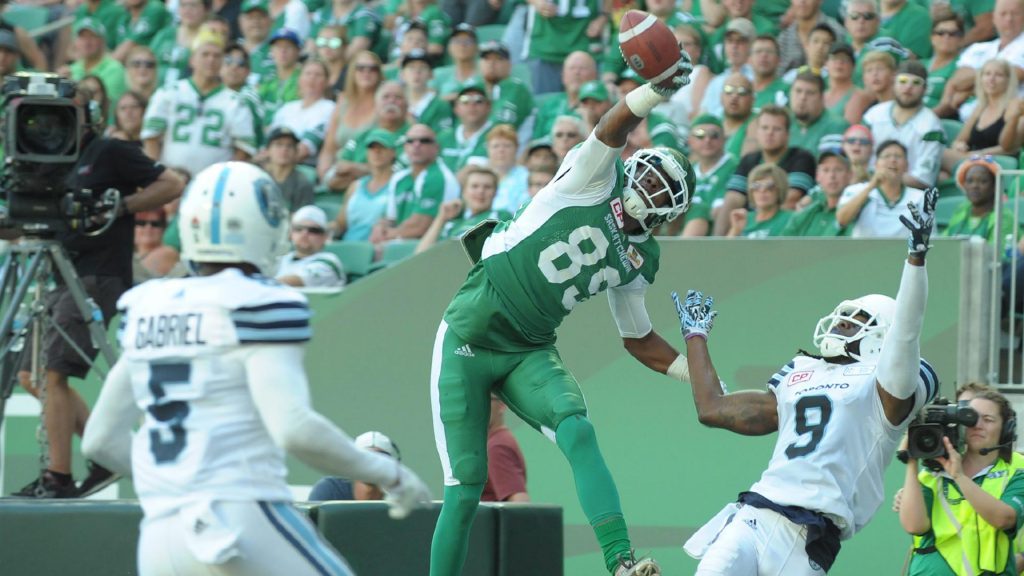 The Lions mark wide receiver Duron Carter‘s fifth team in the CFL. The two-time CFL All-Star receiver is emerging as one of the league’s all-time best and Carter is expecting to display his playmaking skill set in front of the British Columbia fans.

Offensive lineman David Foucault is a solid professional and has became a staple, not only for the Lions, but for the CFL. 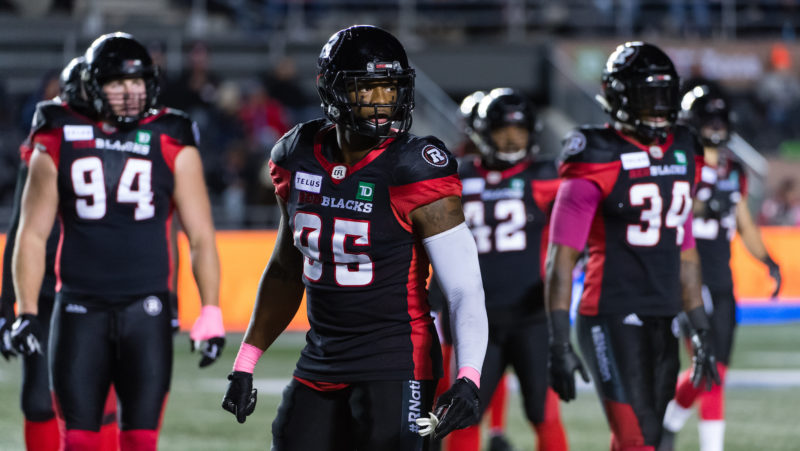 OTTAWA, ON – OCT 05: CFL match between the Ottawa RedBlacks and the Winnipeg Bombers at TD Place Stadium in Ottawa, ON. Canada on Oct. 5, 2018.
PHOTO: Steve Kingsman/Freestyle Photography

Defensive end Danny Mason spent a number of years in the NFL before he took his talent north of the border. Last season, Mason racked up 27 tackles, including four sacks. Mason looks to cause havoc once again this season as winning a Grey Cup for the second time in four years is the Redblacks quintessential goal. 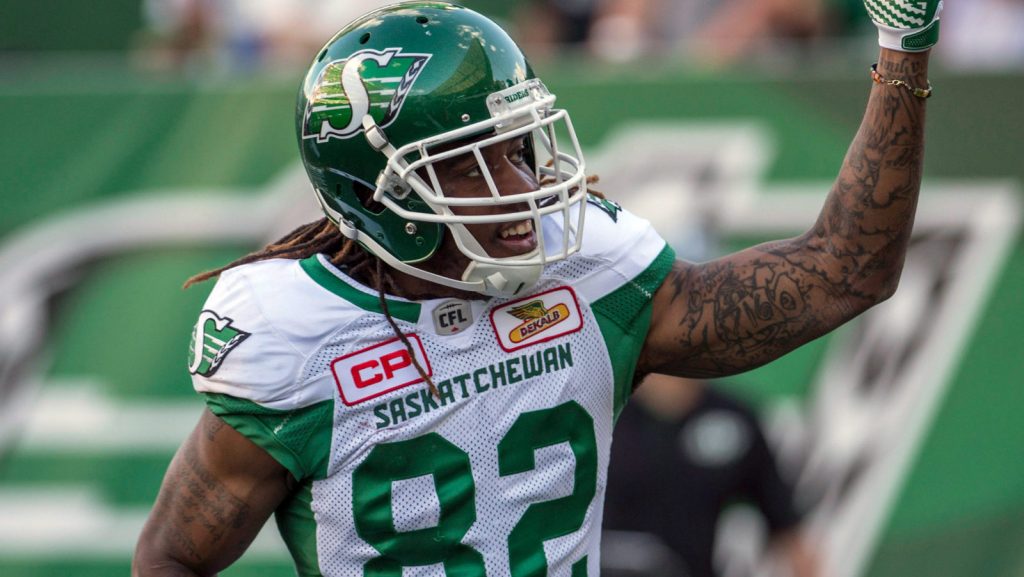 For the past four seasons, wide receiver Naaman Roosevelt became a household name in Saskatchewan. Since being with the Roughriders, Roosevelt has compiled 224 receptions for 3,188 yards and 19 touchdowns. Those numbers will continue to increase.

After a little taste in the CFL last season, offensive lineman Terran Vaughn looks to take a bite this campaign. 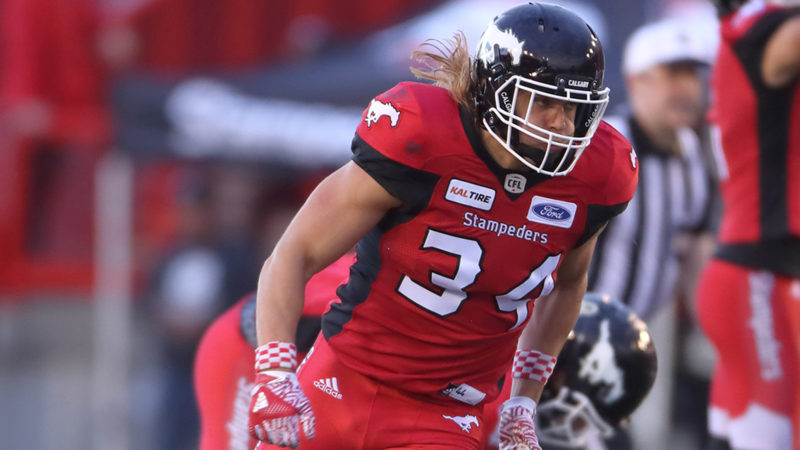 Running back Ante Milanovic-Litre is a complete workhorse. He does all the dirty work as the 6-0, 235-pound ball carrier sacrifices his body when ever the 2018 Grey Cup champions need him. Last year, Milanovic-Litre finished with five rushes for 33 yards – and a ring.

Wide receiver Reggie Begelton had his most productive output last year as he registered 25 catches for 488 yards and a touchdown. The Stampeders will be looking to expand his role this season. 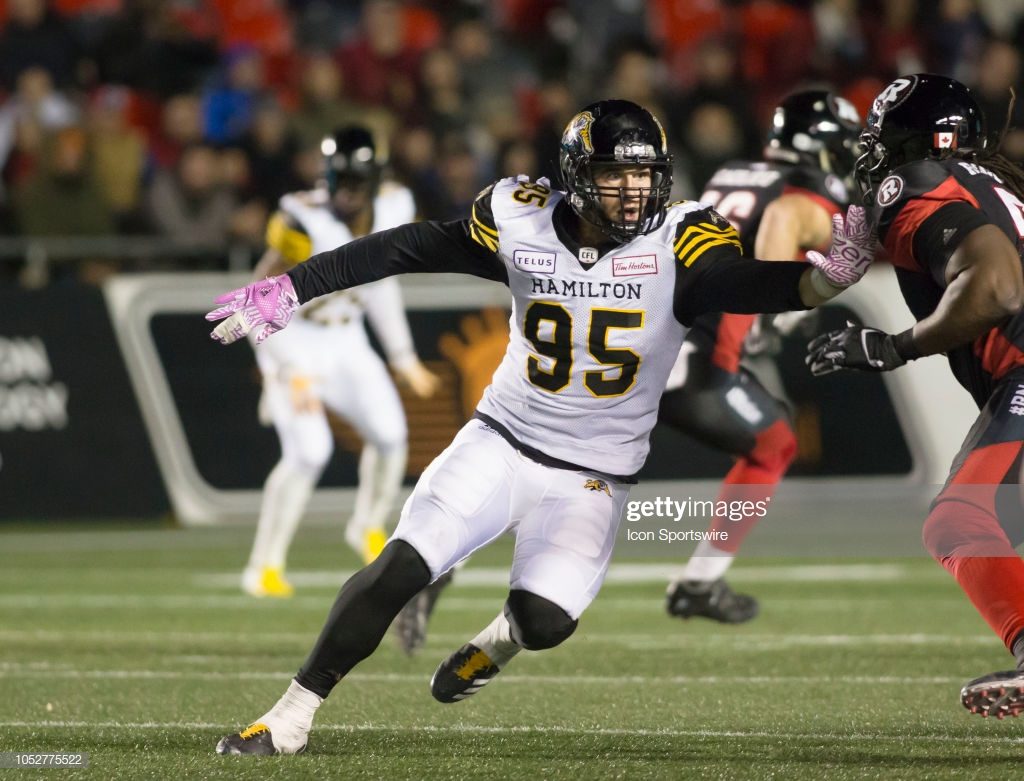 Succeeding several years in the NFL, including at a couple positions, Julian Howsare appears to have settled in the CFL and at his new position – defensive end. In 15 games last season, Howsare had 26 stops, including three sacks. Howsare is passionate and ready to takeover this season.

Quarterback Dane Evans will be a valuable back up for Jeremiah Masoli. Evans is not afraid to pull the trigger as he showcased in three contests last season with 383 passing yards (26 out of 42 attempts) and two touchdowns.

This will be Demetrius Rhaney‘s first chapter in the CFL. The center from Tennessee State will look to make the CFL his home for a prosperous career.