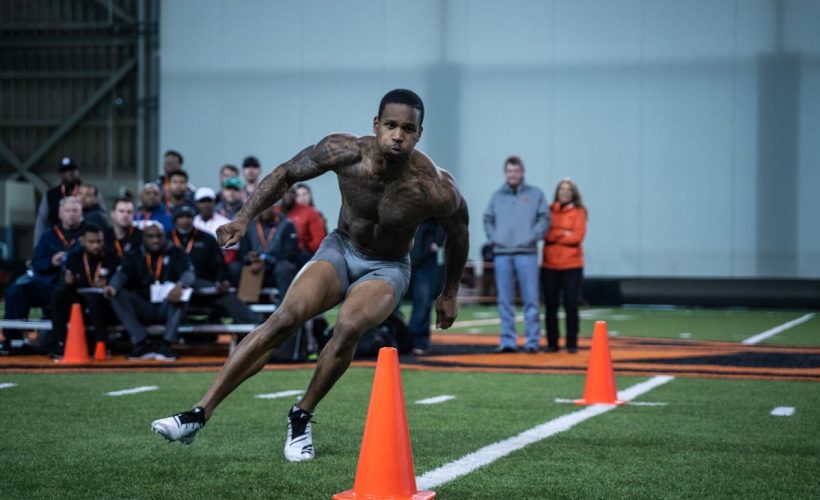 The Combine Report: 2019 Gems Picked Up From The NFL Regional Combine Invitational

Just weeks removed from the 2019 NFL Regional Combine Invitational, many of the overlooked talents picked up from their solid perform in Kansas City to make a statement that was ready revealed – they are ready for the next level.

Following an impressive showing at the RCI, NFL scouts were anticipating stronger performances from the once unknown 2019 gems.

Mississippi State had eight players who participated in the NFL Scouting Combine. At the institution’s Pro Day, 19 athletes worked out in front of NFL scout. Among them was running back Aeris Williams.

Williams had an outstanding junior year, but faced some struggles in his senior campaign. Williams was not invited in Indianapolis, however, he was welcomed with open arms at the NFL Regional Combine Invitational. His trial in Kansas City was solid. At his Pro Day, Williams was much better.

Williams’ footwork was a point, balanced, ran great routes and showcased good hands. He was in complete control. After an up and down final season as a Bulldog, Williams demonstrated that he can perform on the next level.

Former Oklahoma State wide receiver Tyron Johnson executed draft-worthy sessions at the RCI, and his Pro Day. Johnson did not run his 40-yard dash at the RCI, but he ripped into his sprint on his Pro Day as he posted 4.34.

Johnson ran crisp routes while displaying discipline and an aggressive style. Compared to his RCI trial, the 6-1, 193-pound receiver was fluent in all his moves and never loss accelerate.

Following both sessions, Johnson will be on NFL Draft boards, especially knowing the Kansas City Chiefs wanted to see more of his route running ability.

“I felt great,” voiced Johnson after his Pro Day. “I came out here, I think I put on a show. I did what’s expected of me. I feel like I came out and got the job done.”

Running back Dominick Bragalone was dominant when he was in the backfield for Lehigh University. He carried his domination over to the RCI and the two Pro Days he was invited to (Temple and Villanova).

He flat out left NFL scouts speechless after each trial.

At his 5-10, 230-pound frame, Bragalone showcased his speed, but at Temple’s Pro day, he flexed his strength as he bench pressed 31 reps times and explosiveness with a 10’6″ broad jump and 35.5 vertical leap.

Like Bragalone, former UTEP defensive back Nikolas Needham should have his name called at some point of the 2019 NFL Draft. Needham was nothing short of outstanding at his Pro Day. One report mentioned that Needham’s 4.3 40-yard dash was “wind-aided,” however, speed is speed, which translates anywhere, and it should be recognized as such.

Needham’s movement and skill set can quickly put him on an elite level. It is safe to say that Needham gave NFL scouts what they were looking for.

“I showed the scouts that I’m fluid in my movements, I’m a competitor out there,” Needham said. “I’m willing to do whatever it takes to look good out there on the field. I’m happy with my performance today.”

As once mentioned, former North Carolina linebacker Cole Holcomb is a machine and he was on full display at his Pro Day. The 6-1, 235-pound Holcomb’s numbers were pretty identical at the RCI as he recorded 4.48 40-time, 6.77 on the Three-Cone Drill and exploded on the Broad Jump for 11’0.”

Defensive back Jalin Burrell went to work at his Pro Day for New Mexico as he produced a good speed time of 4.58, but his overall ability to move well and closing speed should get him over the hump for a NFL camp invite.

Former Tennessee defensive end Kyle Phillips continued his brilliance at his Pro Day. Like at the RCI, Phillips showed great burst, movement, speed, and most importantly, stamina. Phillips is in the best shape of his life, just in time to potentially get my name called on NFL Draft weekend.

“I think teams are definitely seeing that now,” said Phillips, according to 247sports.com. “I think after the season they weren’t seeing me as that. But I think I’ve been proving myself each and every opportunity I’ve had to tell that I’m one of the top guys that can be picked up in this draft.

NFL scouts were all in at North Alabama’s Pro Day as defensive back Chris Johnson put to rest any doubts of him being a NFL caliber player. He has great hands, footwork, speed and burst. Johnson is confidence, yet humble. The 6-3, 200-pound safety’s stock definitely went up. 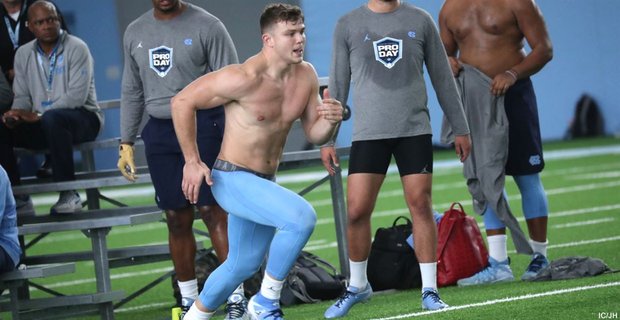 Former Bowie State quarterback Amir Hall highlighted his physical ability at his Pro Day as he registered a 4.69 40-time, a 32.5 vertical leap and a 10’4 Broad Jump.

Now, Hall’s physical ability was not a surprise, but his ability to throw the ball on a NFL level is the question. From his trial at the NFL Regional Combine Invitational to his Pro Day, Hall’s performance was pretty much night and day.

In a quick turnaround, Hall’s mechanics were better and he threw the ball smoother. The 6-4, 195-quarterback made a solid case for himself in front of several NFL scouts, especially for the Tennessee Titans.

Clearly, former Clarion University defensive tackle Brandon Vocco did not play on the highest level of collegiate football. However, at the PSAC Pro Day in Pittsburgh, he post some of the best numbers for his position as he mirrored his output from Kansas City.

Vocco is appreciative of the NFL Regional Combine platform and the PSAC Pro Day as he should not be ignored during the NFL Draft weekend.

Without a doubt, the talented unknown gems who ventured through the NFL Regional Combine Invitational strengthen their NFL chances.